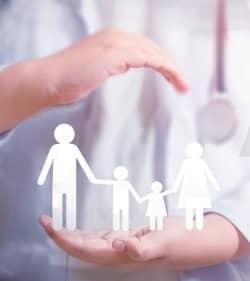 When the Integrated Health and Wellbeing (IHW) Council was founded in 2014, the idea was to create awareness and advocacy for better healthcare facilities and environment. The objective was clear — we need a society where healthcare and the enabling factors come as a right, and not as largesse. In the pursuit of health and happiness, the IHW Council has launched a series of initiatives where healthcare leaders, policymakers and experts, community leaders and common citizens can come together for successful engagements. Affordable healthcare, better utilization of CSR funds in healthcare and the need to promote preventive healthcare are some of the focus areas of IHW Council that can make a long-term social impact.

Though the term 'social impact' is very popular, the impact it makes is deeper than what meets the eye. Most importantly, it is a long-term, positive change in the lives of a sizable number of people. Hence, the first step of social impact initiatives requires an eye to identify the right issues that are affecting people. The IHW Council has, in the past 6 years, chosen a host of areas to act on that affect a broad spectrum of the population, including the young and the aged, men and women, alike. It has diligently worked to spread awareness about health problems and pressing social matters, and how organisations and individuals are working on-the-ground to make life easier for many. In 2019, the IHW Council became a social impact start-up recognised by the Government of India.

Making a difference in the pandemic

The IHW Council was one of the earliest evaluators of the government's flagship Ayushman Bharat health initiative. At a time when New Delhi winters were choking people due to smog and pollution, the Council was the first to bring together students of multiple schools in the national capital to pledge for cleaner air. Liver diseases caused by viral hepatitis, that has a mortality rate in India as high as 80 per cent, was addressed by the state-funded Institute of Liver and Biliary Sciences (ILBS), in which the IHW Council was a partner. The campaign EMPATHY, which stands for 'Empowering People Against Hepatitis', rallied people, practitioners, and policymakers alike for spreading awareness and its multi-pronged approach and providing psycho-social support to patients set it apart from all such efforts in the past.