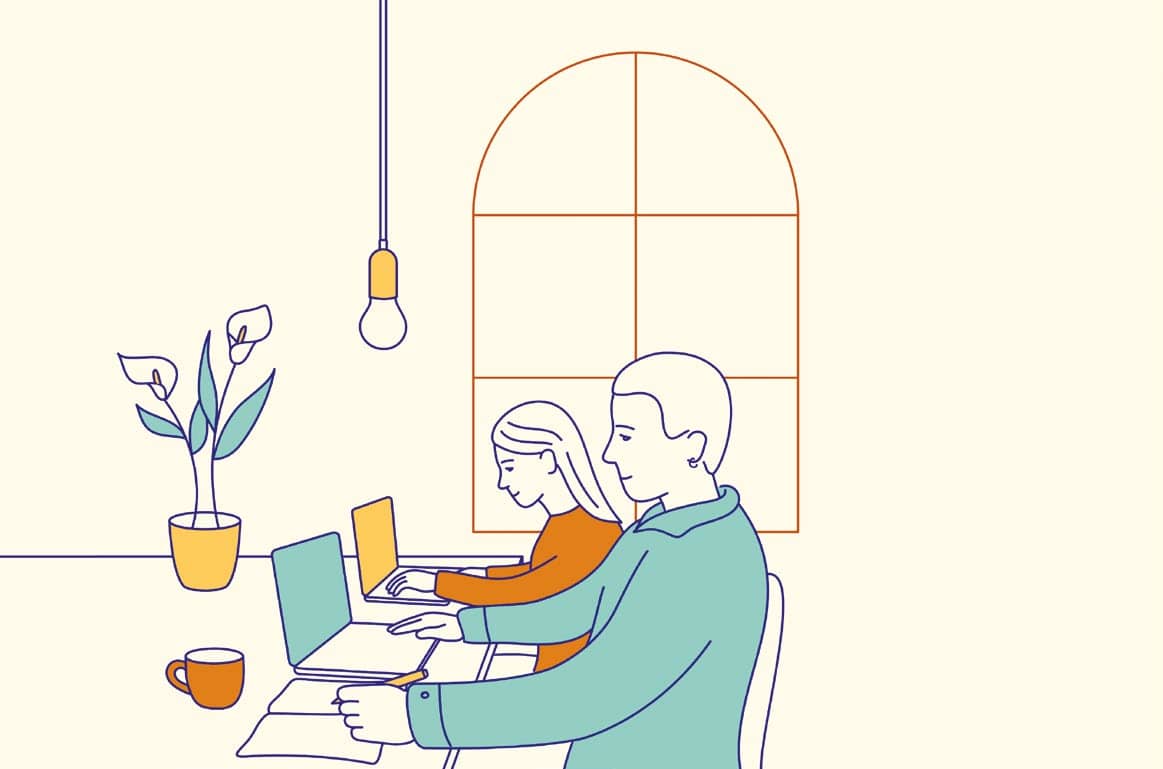 As two longtime business consultants, we make a point of keeping in touch with former colleagues. When we had lunch recently with one who had left consulting to join a startup, we were eager to hear how he was faring. Admittedly, we were even a little jealous of what sounded like an interesting, high-energy venture. But once we started asking questions to get a glimpse of what life was like on the startup side, we could see that after just two months in the new job, he was miserable.

And not because he didn’t like his boss or colleagues or the work that he was doing. The problem was that he was a 100 percent virtual worker for the first time in his career. In a way that he hadn’t predicted, he missed the sporadic moments of connection that happen in the hallway or cafeteria. He missed casual human interaction and the accompanying sense of belonging. And he missed the surge of energy that many of us feel when we work in an office with our colleagues.

“Are you on a lot of conference calls?” we probed, searching for a solution. The answer was yes, he was connecting with colleagues formally throughout the day, but there was very little unstructured “social” time. And when someone did create space for socializing, it often fell flat because it seemed forced and unnatural. In short, our former colleague didn’t feel like a member of a real team.

At the Katzenbach Center, the innovation centre for organizational culture and leadership within Strategy&, PwC’s strategy consulting business, we believe that teams — real teams, not just a group that management calls a team — should be the basic unit of performance for most organizations, regardless of company size. In any situation requiring the combination of multiple skills, experiences, and judgments, a team inevitably gets better results than a collection of individuals operating with confined job roles and responsibilities. It pays dividends to invest in teams — not just for the sake of the team members, but for the organization as a whole.

As the workplace becomes increasingly virtual, our former colleague is not alone in his situation. In an Economist Intelligence Unit study, only 28 percent of respondents said they had not worked remotely in the past year. Despite the ubiquity of virtual work, most of us are still learning how to communicate effectively in a world that is becoming ever more digital, global, and multicultural. Conference calls are notoriously painful. To make matters more complex and urgent, millennials, who are entering the workforce in droves and will soon make up the majority of workers globally, are looking to their employers for a sense of community — seeking a “second family” — while at the same time expecting to be able to work virtually at least part of the time.

Although technology may be able to cross physical and temporal gaps, the cultural and interpersonal gaps — differences in cultural habits and communication styles — are problems that have yet to be solved. And leaving these gaps open can pose major performance issues for teams. A recent study found that teams that had high levels of geographic, operational, and cultural differences also reported lower levels of trust, innovation, satisfaction, and performance than their counterparts with more closely located teammates.

The cultural and interpersonal gaps can make it much more difficult for virtual teams to develop empathy among team members, experience random moments of connection, and build the discipline and agility to shift teaming modes to accommodate the specific circumstances at a given time — all of which are necessary to a successful team.