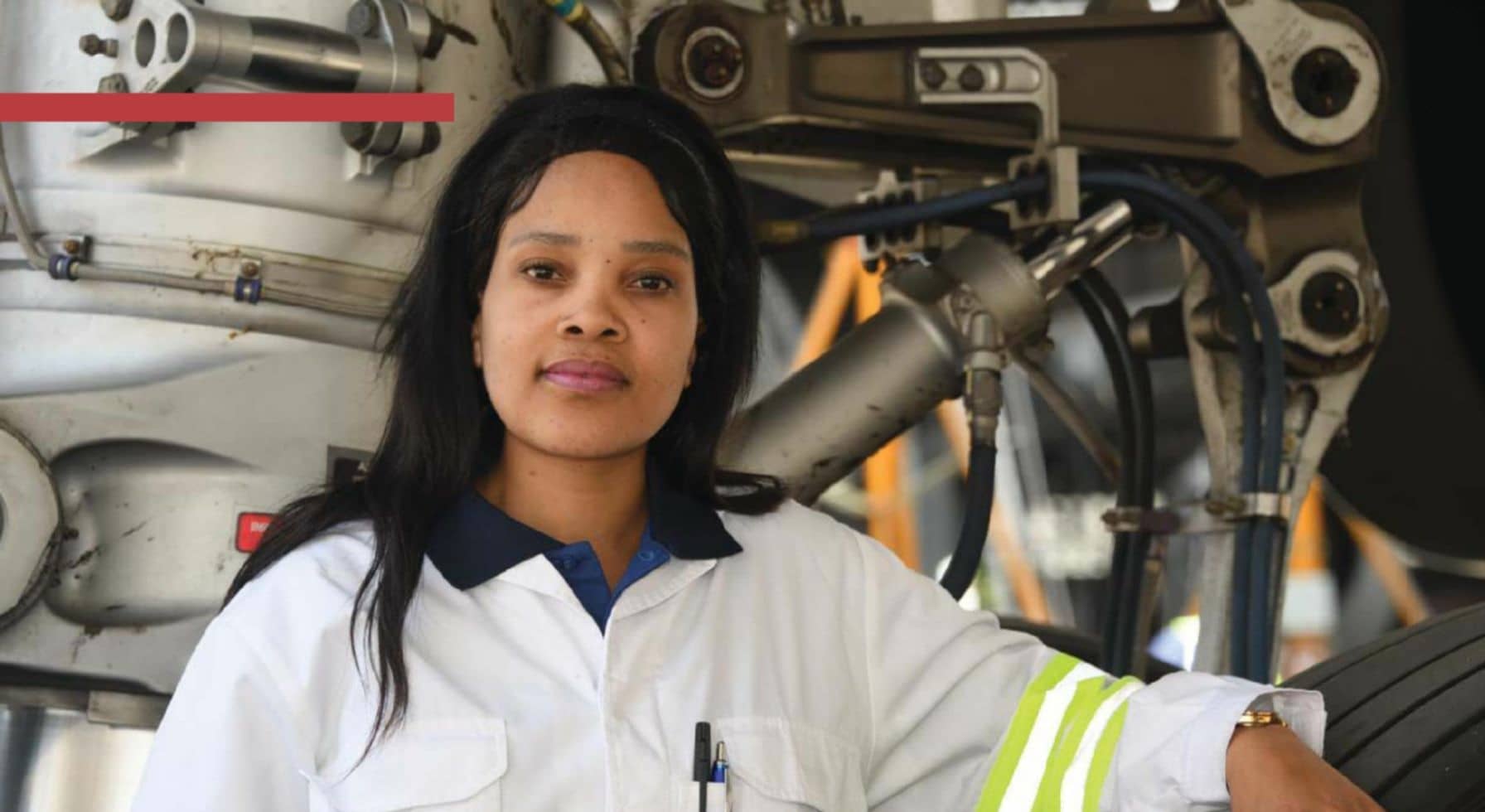 Growing up on the streets of Vosloorus in Ekurhuleni, Lefentse Phokwane aspired to become a chemical engineer, but ended up studying for a Diploma in Non-Destructive Testing Inspection at the Vaal University of Technology (VUT) instead.

It was a decision that has resulted in the 31-year-old becoming the first female aircraft maintenance engineer to specialise in non-destructive testing inspection at South African Airways (SAA) Technical. It is a subsidiary of SAA that is responsible for full-service maintenance, repair and overhaul of aircraft.

“When I applied for admission at VUT, I was told that there was no longer any space for first-year students who wanted to enrol for chemical engineering. Thehead of the department at the engineering faculty advised me to register for the non-destructive testing inspection course. I had no idea what it was about,” she explained.

“I was told that the introductory modules for first year of this course were the same as those for chemical engineering, and that perhaps I could find space in chemical engineering in the second semester as students sometimes drop out or change courses,” she added.

However, that was not to be. Instead, Phokwane fell in love with the non-destructive testing inspection course and pursued it.

After obtaining her qualification, Phokwane applied for an aircraft avionic apprenticeship at SAA Technical in 2009 and completed her trade test in 2012, and became an aircraft engineer in avionics.

Working her way up

“I was then appointed as an aircraft maintenance engineer specialising in non-destructive testing inspection from 2012 to present. I started as a junior and worked my way up by undergoing intense training and studying relevant courses to enhance my skills,” she said.