Top Of His Tree 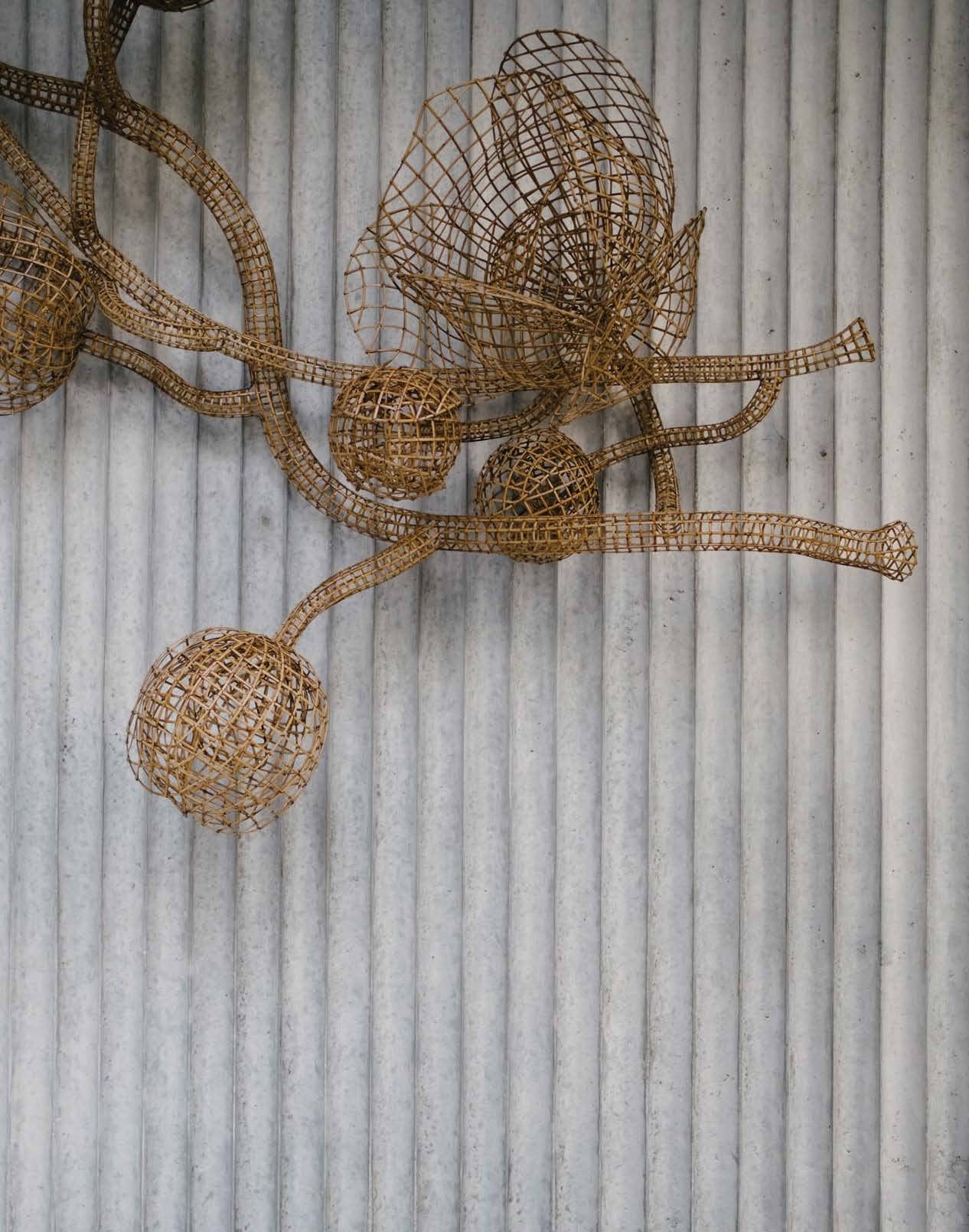 One of Cambodia’s most influential young architects, Hok Kang, has added an art-focused design resort in Siem Reap to his already eclectic portfolio of projects

I’m an architect, I love to travel, and art and it’s always been a mission of mine to help elevate the standards of design in Cambodia,” says Hok Kang, explaining the genesis of Treeline Urban Resort, his latest baby.

We are slurping our way through plates of wok-seared kway teow during a lunchtime rendezvous on Siem Reap’s tree-lined riverside and 36-year-old Hok – the founder of HKA, one of Cambodia’s most dynamic practices – is waxing lyrical on his first ever hotel project.

Over the past few years, Hok has cemented his position among a clutch of young Khmer tyros helping to recapture the spirit of legendary Cambodian architect Vann Molyvann and put Cambodia back on the map as a hub for the discipline in Southeast Asia. 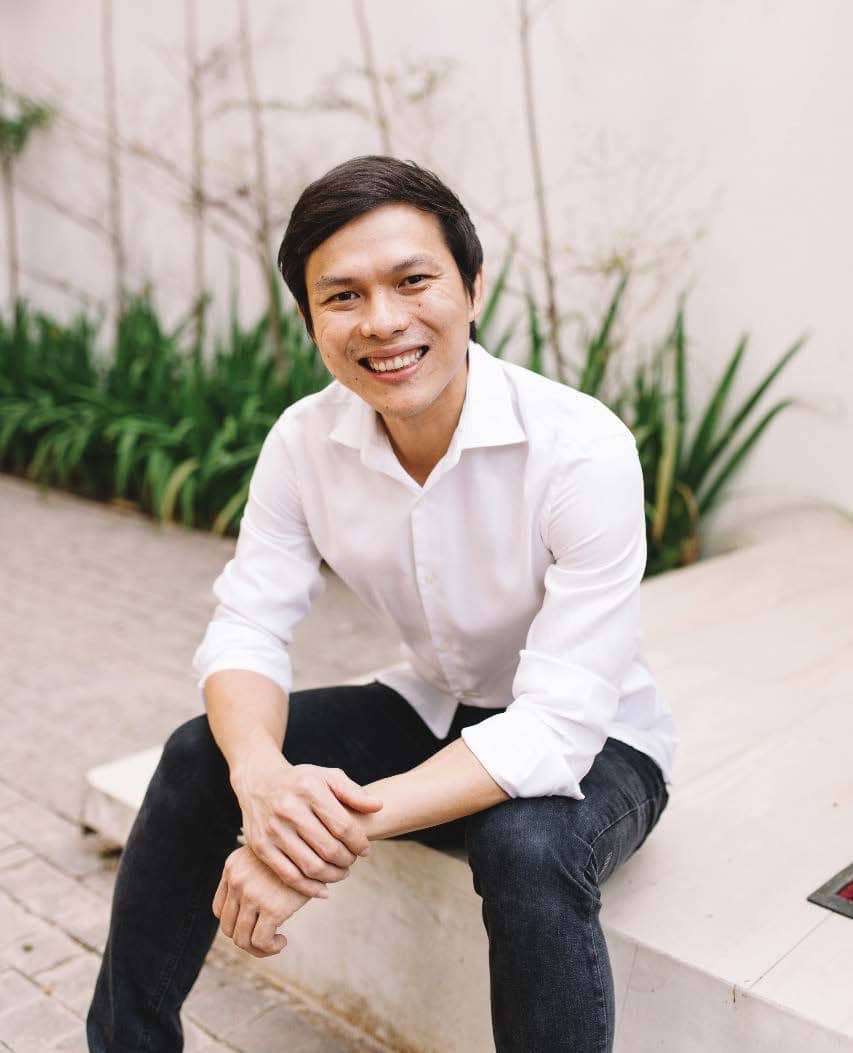 He is the co-founding architect behind Raintree, the country’s first “boutique office space” in the capital Phnom Penh.

Other significant ventures include Brown Coffee, a burgeoning chain of hip coffee shops – dubbed “Cambodia’s Starbucks” by many – of which he is a founding partner and design head, and UrbanLand, an award-winning real estate development company which he founded in 2013.

On this particular late June day though, the primary focus is Treeline. Standing proudly on the riverside, the property was unveiled in November 2018 as a design-driven showcase for Khmer creativity with a focus not just on high standards of hospitality but on running exhibitions and providing a home for contemporary art. And it is clear that for Hok the project was a labour of love.

“You could say that this place was an inevitability given all my main interests,” he laughs as a light monsoon shower starts to patter down on the river.

As he spirits us away from our empty plates at Hok Noodle Bar and Grill, one of the property’s four F&B outlets for a tour it is immediately apparent that he has harnessed his passions with no little flair.

In the front lobby, a seedpod crafted from bamboo and wire by world-renowned Khmer artist Sopheap Pich takes centre stage, while a lush central courtyard is dominated by a huge “cosmic wheel” water feature courtesy of HKA. 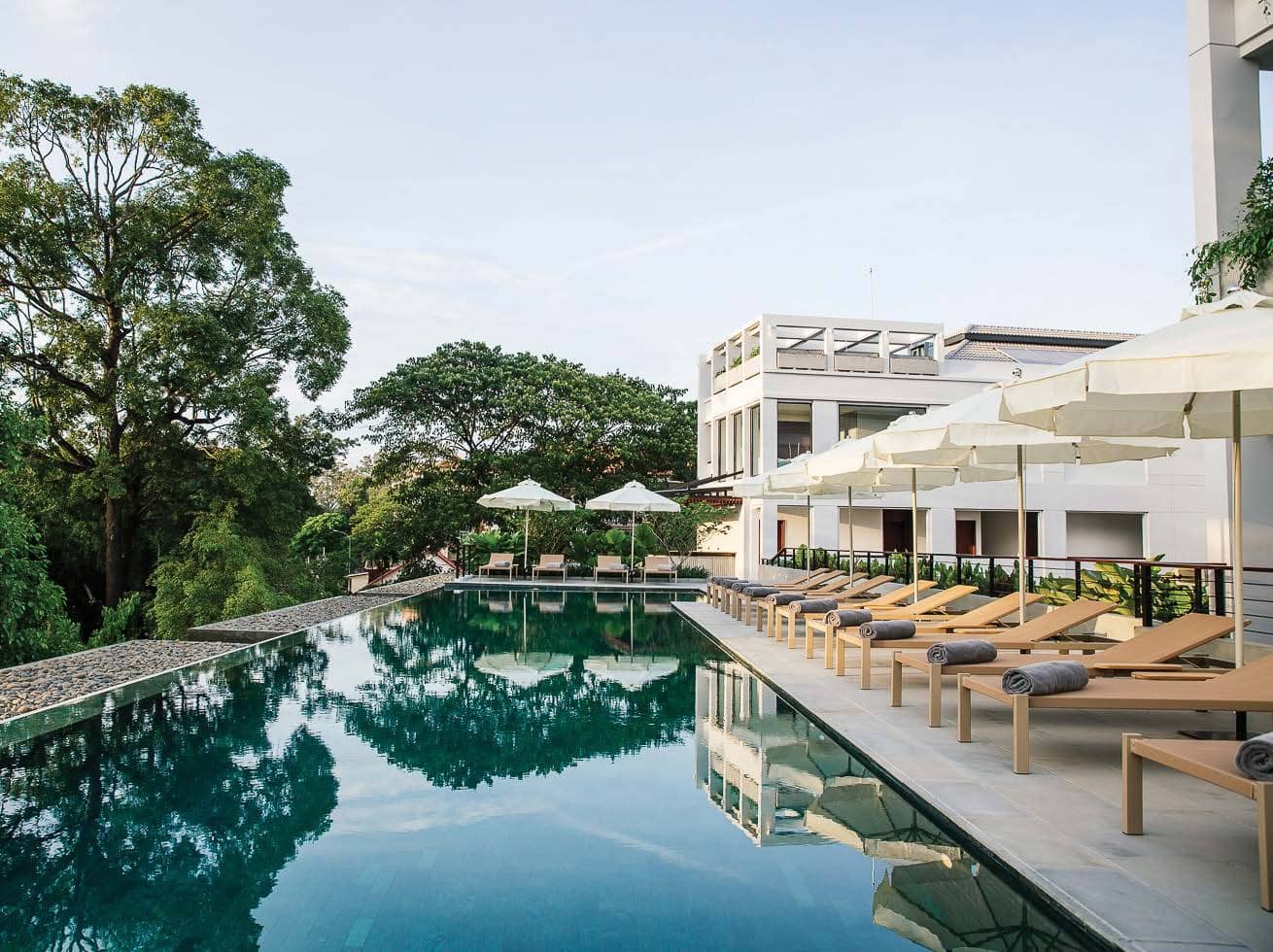