Where the women at? 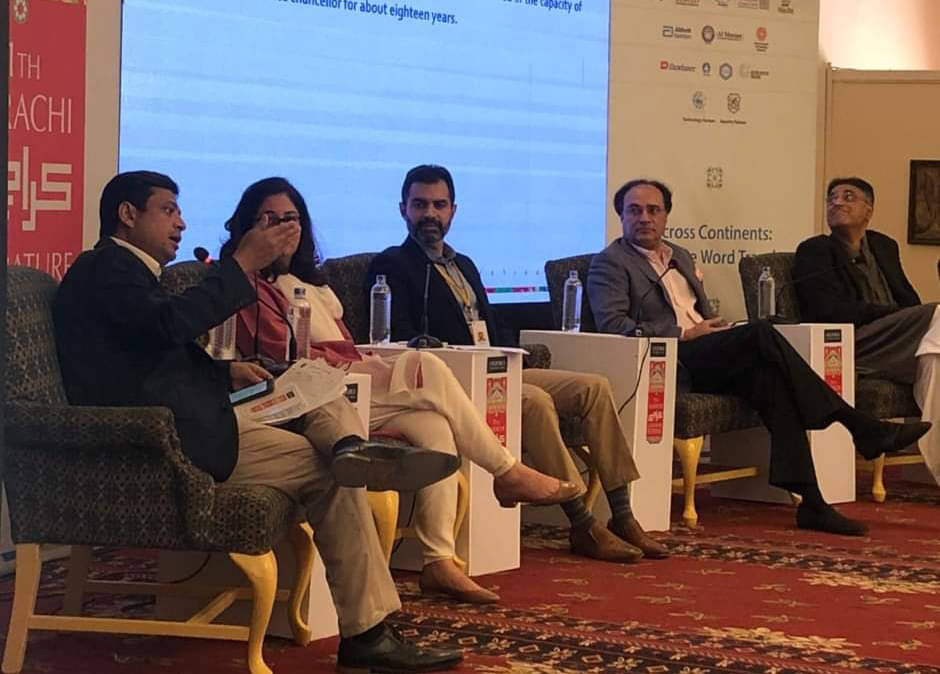 On KLF manels, and why financial inclusion for women matters Think of this as the Profit female reporters’ manifesto on calling out corporate fluff

What is a manel? Allow the Karachi Literature Festival to explain. On February 21, someone took a screenshot of the KLF’s description of their panel discussion on “Financial Inclusions and Women Empowerment” and uploaded it on Twitter.

Amazingly, despite being a talk about women, the panel included no women.

Please let us take a moment to appreciate the irony here. Despite being an event about being inclusive towards women, the panel managed to somehow be exclusive of women. The KLF’s thinking was: why do you need women to talk about women?

Twitter’s outrage paid off. As a form of mitigation and damage control, the organizers quickly looked for women to bring on board for the panel, and brought in one woman, Ayesha Aziz, the CEO and Managing Director of Pak Brunei Investment Co Ltd.

There was no way that we were not going to attend this ‘manel + 1’, held at the Karachi Beach Luxury Hotel on March 1. We are the only two young female financial and economic journalists writing in English in Karachi, as far as we can tell. We have had men explain to us what interest rates are, despite us both being economics majors from IBA and Yale respectively; and yes we do know how to calculate CAGR. (compound annualised growth rate). Our bread and butter is finance reporting, despite men’s incredulity; and these are our thoughts.

Why would anyone agree to this?

At the talk, we first asked the pan-elists why they agreed to be a part of a manel, and then a manel + 1, in the first place, and why they did not object to a lack of female representation on the panel.

The response was mixed. Asad Umer was quick to point out that all panelists had felt there was a need for more women. Initially, he did not know who else would be sitting with him, nor did he ask. That makes enough sense, you get a call to be on a panel, you feel you have the experience for it and you say yes As he said, that since the topic was pertinent to him, he was in attendance.

“The reason you don’t see women on this panel, is because in your mind it is not important,” he said, referring to unconscious biases. “It is not possible that there were not at least three women in Pakistan who could have spoken on this”.

Dr Ishrat also reminded the audience that the panel was all-male to begin with, and it was only after the men called on to speak engage in a dialogue about it that a woman was added.

Ayesha Aziz, the late addition that the KLF was magnanimous enough to include, however, took a completely different view. “You are flogging the wrong horse,” she said, stressing that in their own capacities, the men on the panel had tried within their own organizations to bring about change.

“If you just want to see women sitting here, just grousing, then perhaps that’s being a little sexist as well,” she said emphatically, to applause.

The problem with the manel

Look, first a disclaimer. This is not the first time we have interacted with a manel. As reporters who frequently cover events and talks in the financial sector, we have seen the dearth of women at events. Not a lot of women are deemed experts in their fields, and subjects such as finance and technology skew male.

We would also like to add the apparently necessary disclaimer that we are not negating the efforts the male panelists are making within their own organizations. We appreciate the work they are putting in to formulate and implement inclusive work policies, working towards female independence, as Aziz reminded us.