SIALKOT IS PREPARING FOR take-off 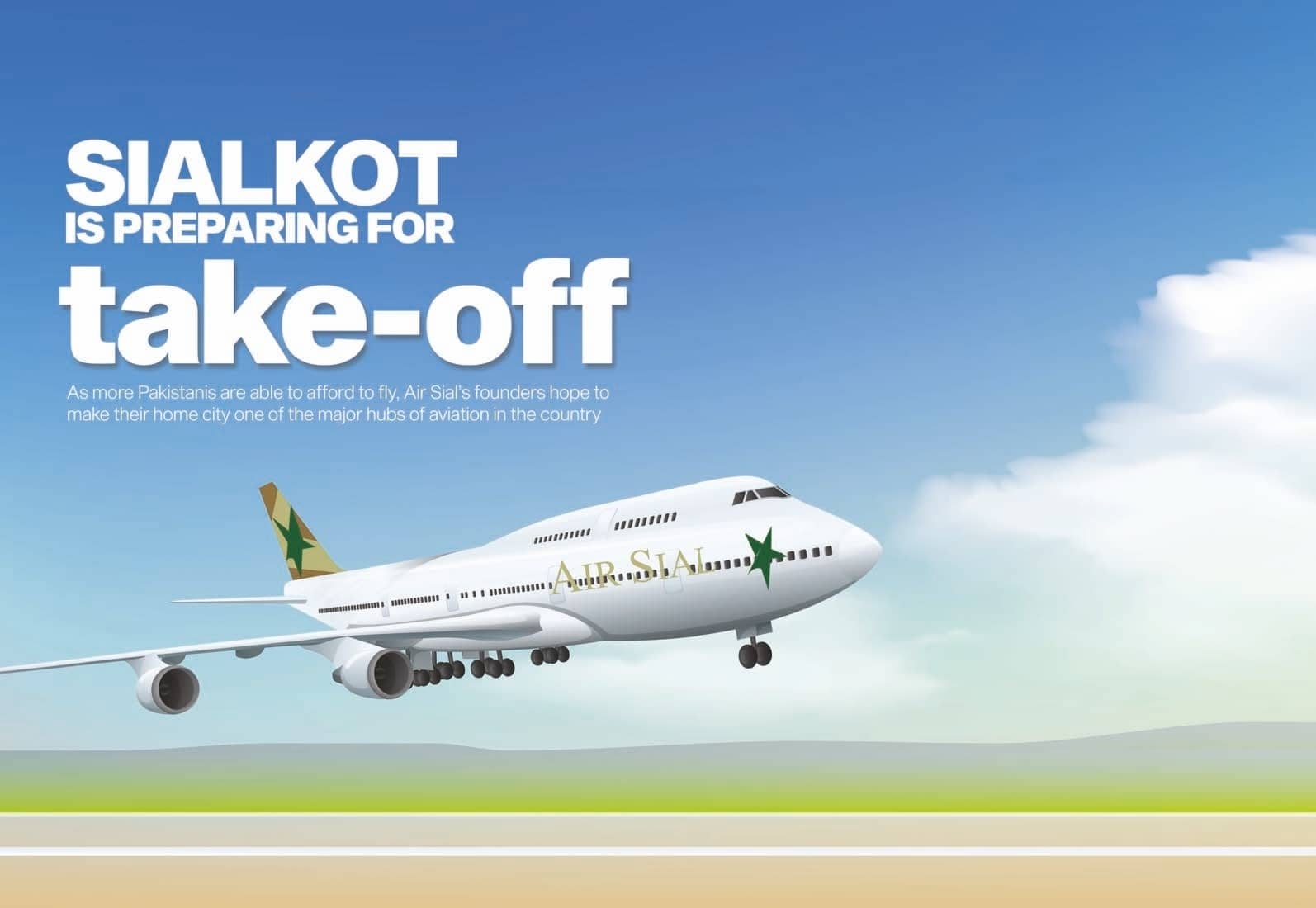 As more Pakistanis are able to afford to fly, Air Sial's founders hope to make their home city one of the major hubs of aviation in the country

Here is a fact you may not know: there are four cities in Pakistan from which you can catch a regular direct flight to London Heathrow Airport: Karachi, Lahore, Islamabad, and Sialkot. You probably guessed the first three. It is possible you may not have known about the fourth.

Sialkot, in the imagination of the rest of Pakistan, is the enterprising city known as the birthplace of Iqbal, the home of Pakistan’s sporting goods manufacturing industry, and the city whose business community – in an extraordinary act of self-reliance – got together and made their own airport, the first and only privately owned airport in the country. What is perhaps less well understood is just how well that airport is doing, and just how much Sialkotis love to travel – or need to travel for work.

The speed and scale of success of aviation in Sialkot is breathtaking. It is – by far – the fastest growing airport in Pakistan, with international air traffic growing at 62.7% per year for the past 11 years, according to data from the Civil Aviation Authority (CAA). But the numbers alone do not illustrate just how fast things have changed in the city.

In 2006, there was no airport in Sialkot at all. If you lived in Sialkot, you had to drive or take the bus to Lahore to then catch a flight to wherever else you were going. Now, in 2020, Sialkot is the fourth most connected airport in the country. Here is a list of global cities that you can catch a direct, non-stop flight to from Sialkot every week: Dubai, Sharjah, Doha, Muscat, Riyadh, Dammam, Manama, Kuwait, London, Milan, and Barcelona. And the flight to Paris has just one stopover, in Barcelona.

Needless to say, given that rapid expansion of air travel from Sialkot, it is not surprising that the entrepreneurs in Sialkot want to stop relying on the state-owned Pakistan International Airlines (PIA) and set up their own airline, called AirSial, which will have its hub at Sialkot Airport.

The story of Sialkot Airport

Sialkot is part of Punjab’s export triangle, which consists of the industrial cities of Gujrat, Gujranwala, and Sialkot. Unlike the other two cities, however, Sialkot is not on the main Grand Trunk Road that formed the core road transit link between Lahore and Rawalpindi (and is the modern manifestation of the ancient highway that runs from Chittagong to Kabul.) And while Sialkot does have a railway station, it is not on the main railway line that connects Peshawar to Karachi, but rather indirectly connected through a branch line that terminates at Wazirabad.

That lack of connectivity has historically been a cause of much concern to the Sialkot business community, specifically the roughly 400 family-owned businesses that form the core of the Sialkot Chamber of Commerce and Industry (SCCI).

For a long time, the SCCI tried to get its demands to be taken seriously by decisionmakers in Islamabad, but to no avail. By the later 1990s, the SCCI membership had started coalescing around the idea of: “if the government will not give us our own airport, we will build one for ourselves.” And so, in 2001, the SCCI approached the Musharraf Administration for permission to begin building their own airport.

Perhaps it is fitting that it was under a military government that the SCCI was able to secure permissions: the CAA, which governs aviation in Pakistan, is a division of the defence ministry, and Sialkot’s location close to the border with Indian Kashmir may have created complications that did not allow the airport to be built for a long time.

However, once the Musharraf Administration gave the go-ahead, the SCCI began to raise capital relatively quickly. The richest 365 members of the SCCI began contributing the equity capital for the newly created Sialkot International Airport Ltd, the company that would run the airport. The minimum contribution was just over Rs1 million, though the 13 richest families invested well over Rs10 million each. The total amount of money raised was just under Rs2.1 billion. 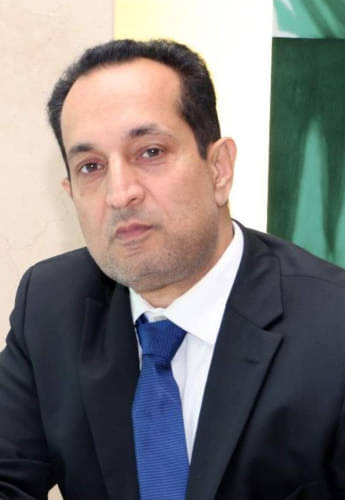 The airport itself was built on more than 1,000 acres, in a plot of land that was located outside Sialkot, and strategically accessible to both Gujrat and Gujranwala as well so as to serve as large a population as possible. While the government did not help pay for the airport itself, the Punjab government did build a small road that connected the airport to the highway between Sialkot and Wazirabad.

Sialkot Airport is a single terminal, single runway airport, though the runway is the second longest in Pakistan, behind only the new one at Islamabad International Airport. Construction began in January 2003, and the first test flight was conducted in March 2005.

Air Blue was the first airline to start regular flights to Sialkot from Karachi, beginning in late September 2007, with PIA starting less than two weeks later.

MORE STORIES FROM PROFITView All