With ridership down 90 percent, US ferries endure pandemic pause 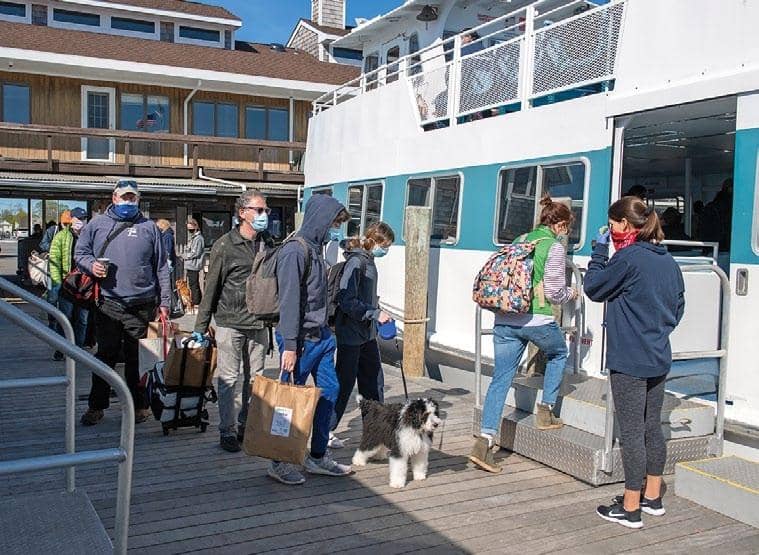 Most U.S. ferry operators saw ridership declines of more than 90 percent during certain weeks of the COVID-19 pandemic, according to the Passenger Vessel Association. Going into the summer months, ferry systems from coast to coast are retaining as many crewmembers as they can while waiting for passengers to return.

Compared to last year, NYC Ferry ridership was down 87 percent for the two months beginning March 23. During that same period, the ferry operator reduced service by about half, including reconfiguring three routes and temporarily ending all service at 9 p.m. Even so, staff reductions have been needed, beginning with voluntary furloughs.

“Once New York starts to slowly open back up, we will carefully add service to meet demand,” said Chris Singleton, a spokesman for New York City Economic Development Corp.

The story is much the same on the West Coast.