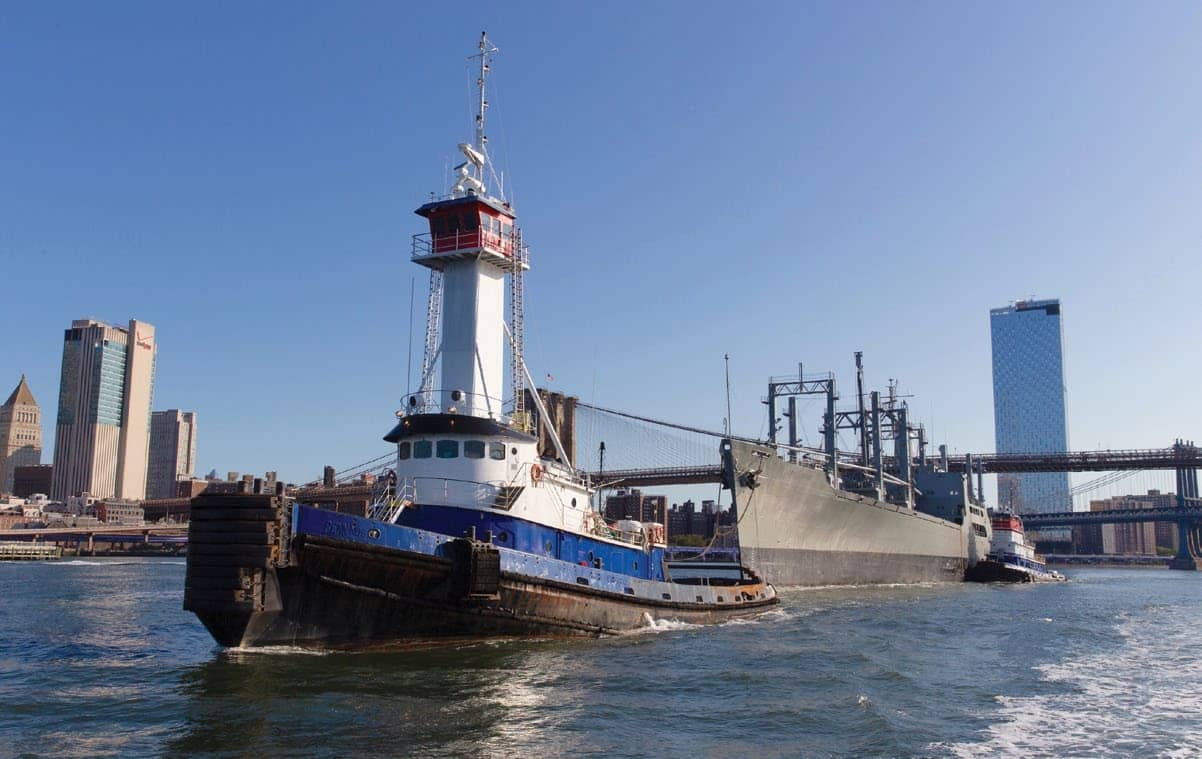 Daunting is a good word to describe the process of getting some older tugboats into compliance with Subchapter M, said Capt. Mike Vinik, a 2003 SUNY Maritime graduate and owner of Vinik Marine, a New Jersey-based towing company founded in 2005. He then brought up the case of his largest current tugboat, Vinik No. 6, which is 50 years old.

Will Van Dorp
“It’s always been in the oil service and therefore has had all sorts of upgrades over the years, has always been inspected, and it’s insured to the max,” he said.

Vinik No. 6 is massive. Its registered dimensions are 141 feet by 35 feet, with a draft of 18.7 feet. The vessel is powered by twin EMD 16-645E5 diesels generating 5,700 horsepower running through Falk gears turning fixed-pitch propellers. It has a double-drum Intercon towing winch fitted with 2,000 feet of 2.25-inch main wire and 2,000 feet of 2.5-inch secondary cable. The tug was built in 1970 by Southern Shipbuilding as Robert Alario for Nolty J. Theriot Offshore Inc. of Golden Meadow, La. In 1992, it was sold to Morania, then in turn to Penn Maritime and Kirby, all petroleum transporting companies. Vinik Marine acquired the vessel in 2018.

Last fall, Vinik No. 6 was used to tow two U.S. Maritime Administration (MarAd) cargo ships — SS Cape Avinof (AK-5013) and SS Cape Ann (AK-5009) — from GMD Shipyard in Brooklyn, N.Y., back to the James River Reserve Fleet in Virginia. “We could do the tow in 24 hours, but to get high water in GMD to depart and high water in the James River, as well as daylight for both, we took two full days and ran slower than usual,” Vinik said.

He waited almost a week for calmer weather offshore for the second tow involving SS Cape Ann, and that complicated arrangements as they approached the James River. “Delays cause complications. Intracoastal Marine of Chesapeake, Va., had a pilot available, but no longer the tug, which had moved to the next job. A costly last-minute replacement would assist us up to the reserve fleet, but not into the anchorage due to depth concerns,” Vinik explained.