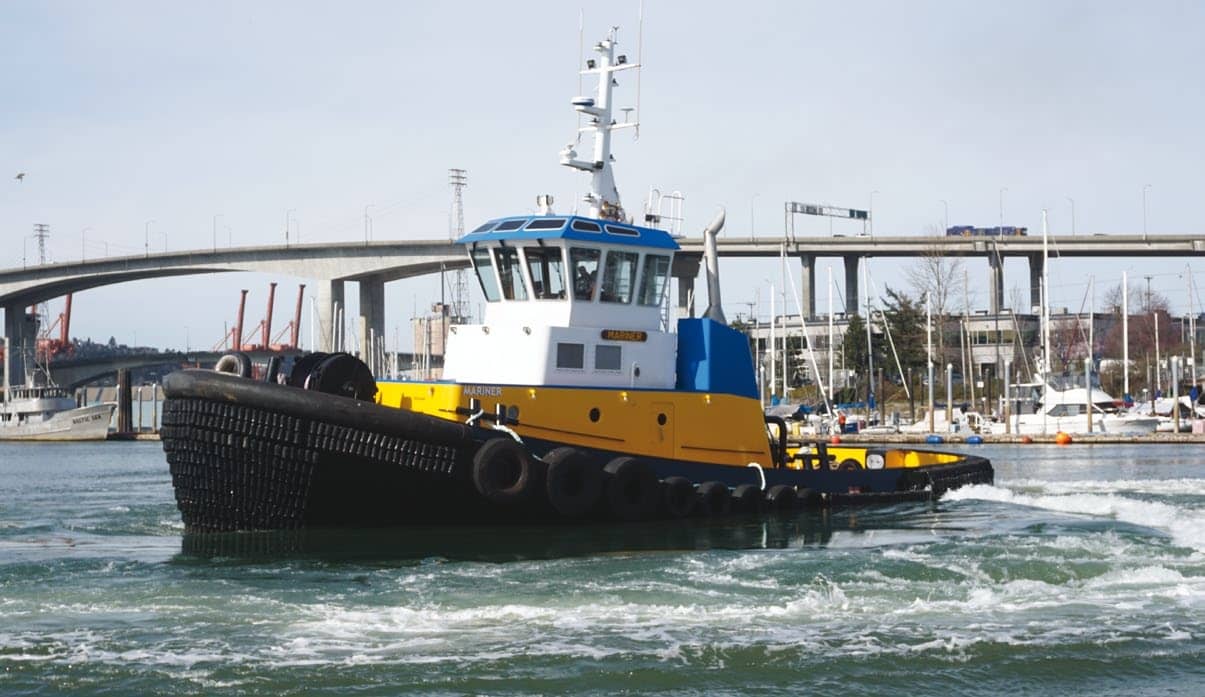 “That’s a nice-looking boat,” said David Trickett, who oversaw lightering of gypsum from the bulk carrier Astoria Bay anchored nearby.

“Roger that,” Williamson responded. “Taking it for a test run here.”

Mariner is the third of Western’s Westrac-series tugboats, and like its two predecessors Westrac and Westrac II, it was built at the company’s shipyard along Seattle’s Lake Union. Capt. Russell Shrewsbury, whose grandfather started Western Towboat in 1948, worked with KraftMar Design and Argonaut Marine, also of Seattle, to finetune the plans. 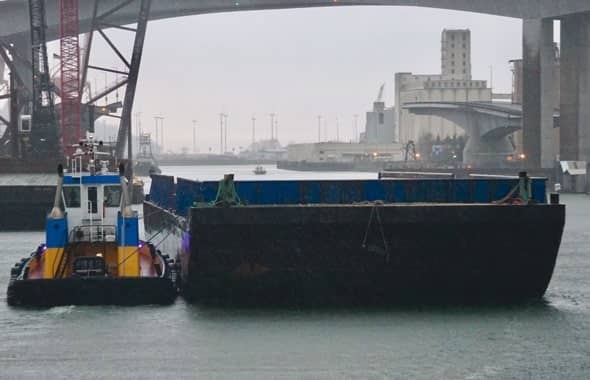 Western began integrating the 80-by-32-foot Mariner into its harbor fleet in February. Williamson, a 20-year employee with the company, gave the new vessel high marks after his first turn at the controls.

“It is just a lot more power than I am used to, but it’s real steady in the water,” he said.

Shrewsbury spent years thinking about upgrades to the Westrac design first conceived by his father, Bob Shrewsbury, in the mid-1980s. Mariner retained many characteristics of the Westrac series, particularly its nimbleness while working in the narrow Duwamish Waterway. That said, the tug is loaded with modern amenities designed for efficiency, crew comforts and reduced maintenance costs.

Mariner shares the same distinctive look as its predecessors, but with almost 4,000 hp it is 65 percent more powerful than Westrac II, built-in 1995. Mariner is 2 feet wider at the beam for better stability. It’s also 1 foot deeper at the keel for improved tracking when handling barges — which accounts for roughly 75 percent of Western’s harbor work. 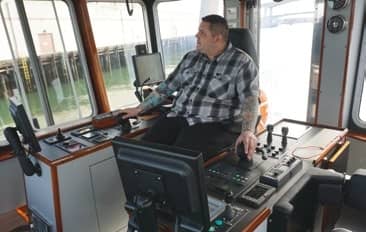 The winch package and zdrives also changed on the new vessel, in part to accommodate its more powerful engines. Mariner delivers almost 55 tons of bollard pull, compared to about 25 tons for Westrac II.