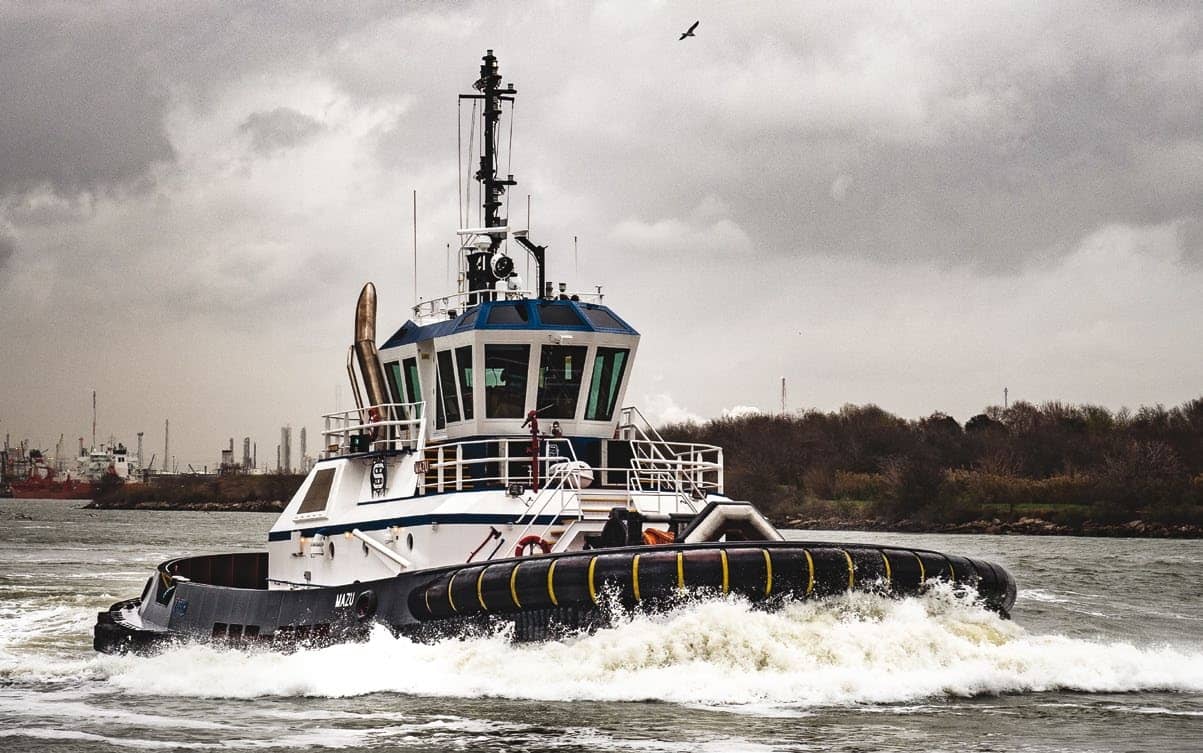 Conner, who was training in real-time on the new tugboat, maneuvered to the stern. Ordinary seaman Richard Fernandez attached the heaving line to the hawser and got the line on the ship centerline aft.

With Mazu tethered to Molly Schulte, Conner steered to starboard out of the ship’s wake. Mazu ran with the cargo ship on its way to the Barbours Cut Container Terminal. 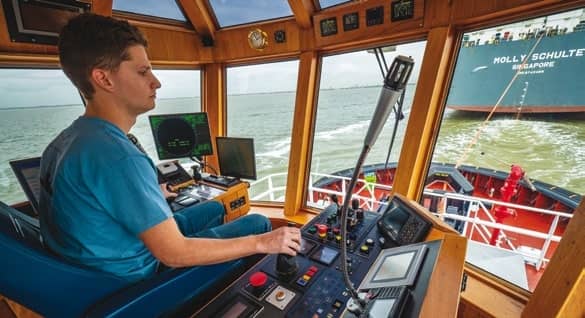 Jobs like this one are common in the Houston Ship Channel, and as ships get bigger, tugboats that work them are getting more powerful and more capable. Mazu, the third Z-Tech 30-80 tugboat in the Suderman & Young Towing Co. fleet, is but one example.

“As our customers’ ships have increased in size, we continue to meet their needs by servicing them with larger, more powerful tugs,” Suderman & Young President Kirk Jackson said. “Specifically, increasing demand to escort and assist VLCCs (very large crude carriers) and larger container vessels was a big driver.”