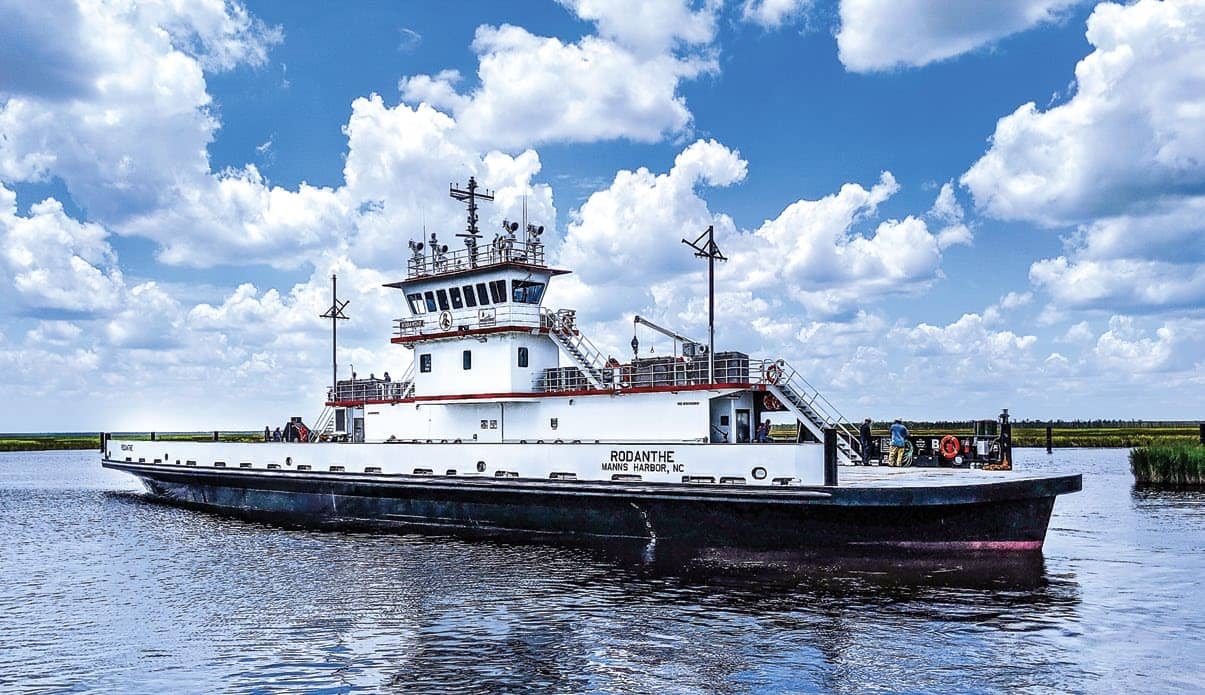 On a blistering June day, a sizable crowd gathered in the shade of an outdoor shelter fronting the Hatteras Ferry Terminal on North Carolina’s Outer Banks. Ferries arrived and departed while a new ferry was being christened.

Rodanthe, named for the beach town 35 miles north of Hatteras, is the first new ferry to ply the HatterasOcracoke Island route since 2006. Ferries on the route handle approximately 275,000 vehicles annually.

The North Carolina Department of Transportation (NCDOT) Ferry Division is the second largest in the U.S. behind Washington state. Four of its routes, including the HatterasOcracoke run, are free, and state subsidies keep tolls low for the other three. 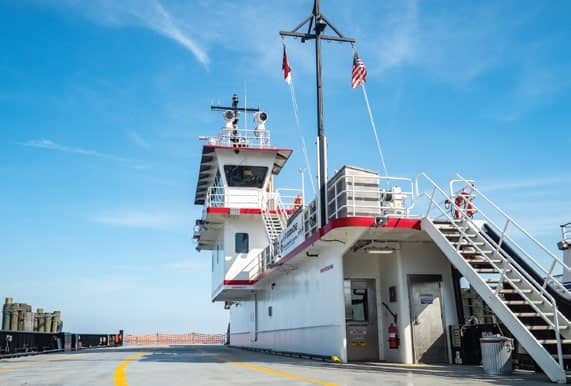 As the need for more vehicle and passenger capacity increases, NCDOT is gradually replacing seven Hatteras-class ferries with River-class ferries.

Constructed at Bollinger Shipyards in Amelia, La., Rodanthe is the eighth NCDOT ferry fitted with Voith Schneider propellers (VSP). Southport, the first ferry in the fleet equipped with cycloidal drive propulsion, was designed by Schuller & Allan and built at Steiner Shipyard in Bayou La Batre, Ala., in 1996.

Rodanthe, designed by Elliott Bay Design Group (EBDG), is the first in the fleet with cycloidal units constructed in the U.S. at Voith’s plant in York, Pa. It is the sixth ferry that Seattle-based EBDG has designed for North Carolina, including the larger Sound-class vessels Swan Quarter and Sea Level connecting Ocracoke Island with Swan Quarter on the mainland and Cedar Island.

“The main challenges with respect to Voith Schneider propellers are optimizing the hull to provide good flow conditions for the propellers and structural integration with the vessel,” said Mike Johnson, project engineer at EBDG. 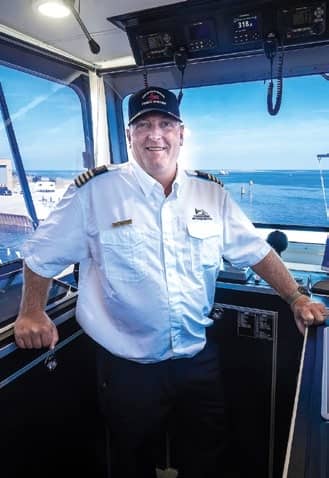 “Voith has given us great service and reliability,” said Jed Dixon, deputy director of operations for North Carolina’s Ferry Division. “(VSPequipped ferries) are highly maneuverable, especially in high wind, and it blows here all of the time. For half of the year, you’ve got over 20-knot winds.”