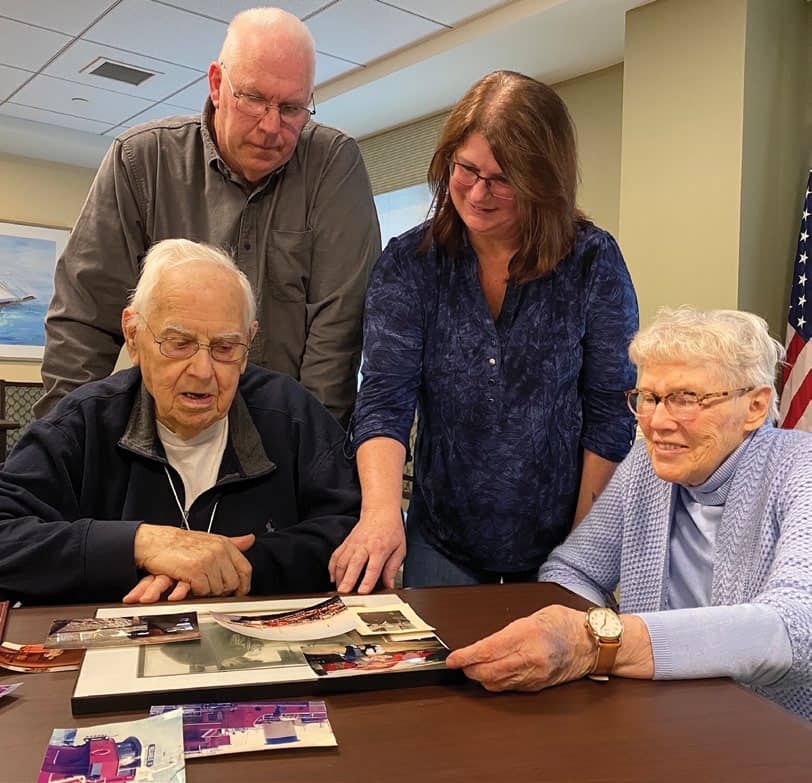 After John McKay graduated from high school in 1917 and began looking for a job, one docked at his feet.

The 17-year-old was walking along the Brooklyn waterfront near his Greenpoint home with no interest in a maritime career. But then “a tug came in and they were ‘grubbing up,’ which meant they were coming in to get food for a trip,” related his daughter, Margaret Therese McKay Egan, who goes by Therese. “He was kind of walking past the tug and looking to see what it looked like, and the captain called out to him, ‘Want a job?’

“And of course my father grabbed at the opportunity and said yes, he would. And the captain said, ‘Hop aboard.’ He said they would be leaving for Port Arthur, Texas, in a half-hour. And they did, and that was the beginning of his career. He didn’t even have time to tell his family. He was just so happy to get a job (that) he went along. I guess he called his family when he got to Port Arthur.”

That trip marked more than the beginning of a long career in the towing industry for McKay. It began a family legacy of working on tugboats that has extended for two more generations as well as expanding to other relatives.

Recently, Therese and her husband, second-generation tug captain John Egan, were joined at the Whisper Woods assisted-living facility in Smithtown, N.Y., by their son John Jr. and his wife Linda to tell the family’s tugboat story. Therese and John Sr. are residents at the facility.

Therese — the 90-year-old daughter, wife and mother of tugboat captains — said her father started out like all new hires as an oiler. He was promoted to deckhand, mate and eventually captain, a position he held for four decades. He only worked on tugs in New York Harbor and only for one company, Russell Brothers Towing. He remained on the job until he was nearly 70, spending the last few years ashore in a management position.

“He liked it and thought it was a wonderful industry,” Therese said. Nonetheless, his advice to his children was to get an education and work shoreside. 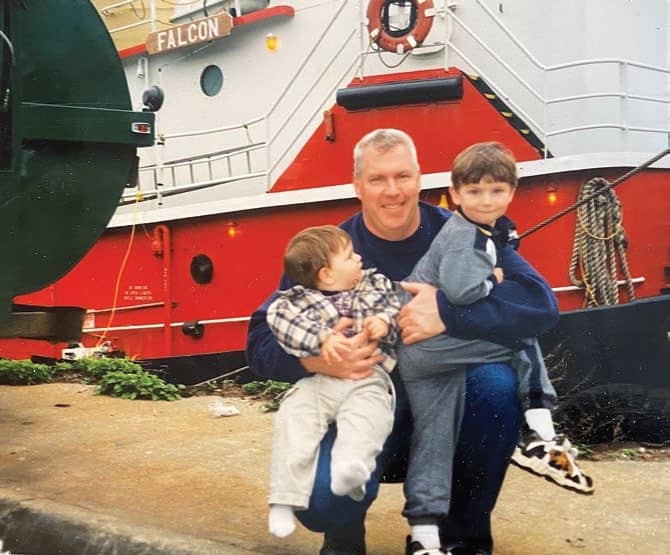 His children listened, but his future son-in-law ignored him.

John Francis Egan, now 91, started dating McKay’s daughter Margaret Therese, who grew up on the same street when he was 16 or 17. Just as McKay had done when he graduated from high school, Egan was looking for a job at age 17. Because of his connection to the McKays, he asked his girlfriend’s father about getting into the towing business. McKay repeated the advice he had given his own sons.