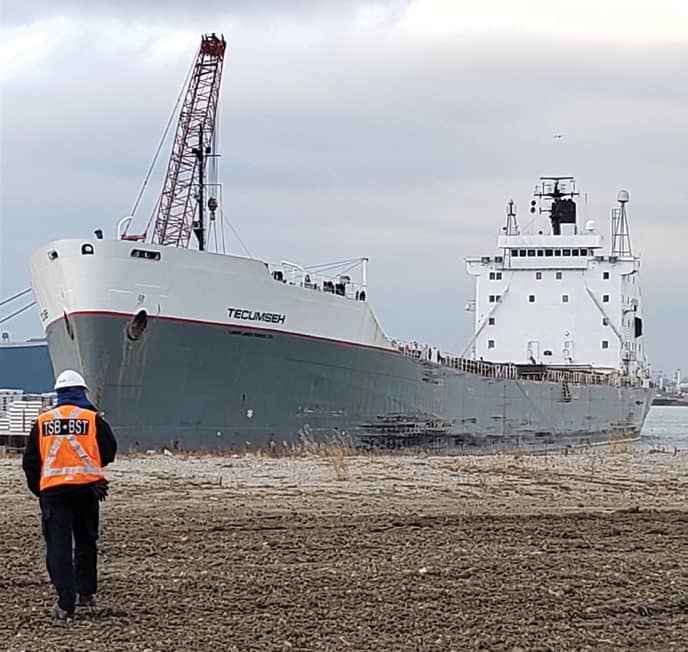 The Canada-flagged bulk carrier Tecumseh lost propulsion and briefly went adrift in the Detroit River after a fire in the engine room.

The fire started in the early afternoon on Dec. 15 as the 640- foot ship passed Zug Island in an industrial section south of downtown Detroit. The fire burned for nearly 20 hours due in part to a series of re-flashes, according to Coast Guard spokesman Jeremiah Schiessel in Sector Detroit.

The Coast Guard said the fire started when Tecumseh was in U.S. waters. The bulker later drifted into Canadian waters and dropped anchor. Canada’s Transportation Safety Board (TSB) is leading an investigation into the incident.