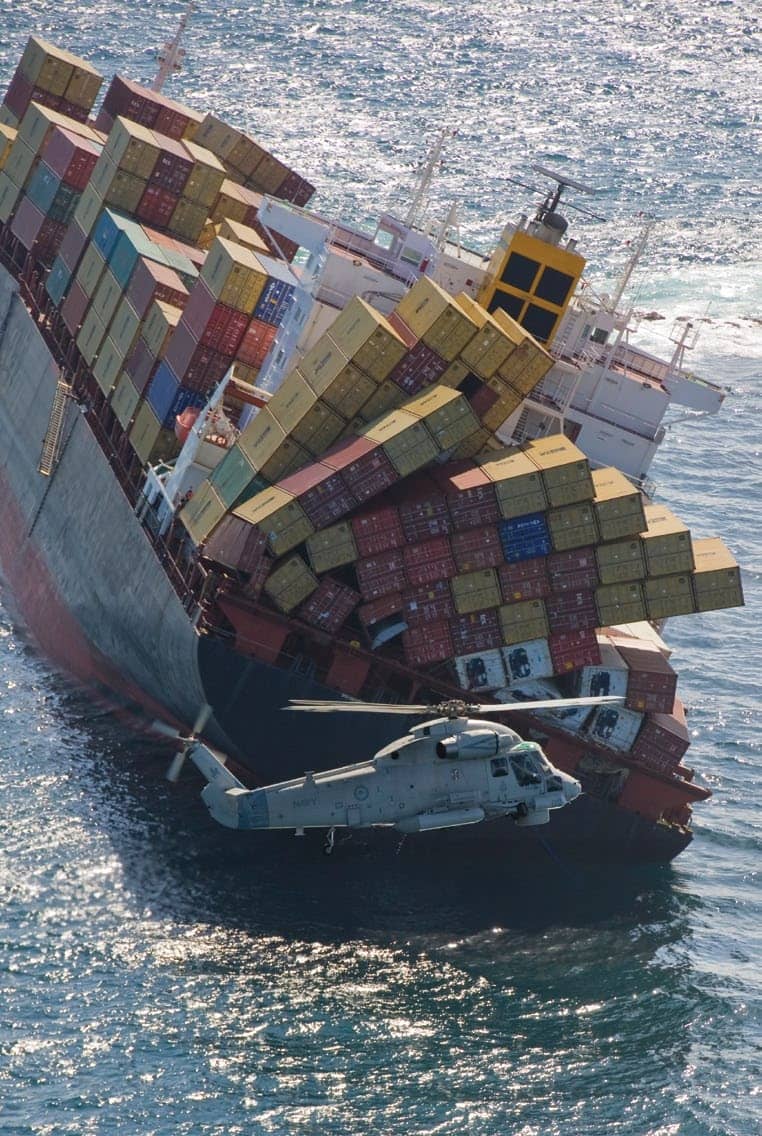 Why do containership stacks collapse, and who is liable when they do?

The collapse of on-deck container stacks represents a grave threat to crew, ship safety and the environment. The shipping community and its insurers have suffered substantial financial losses during recent years as the number of collapse cases resulting in the loss of containers at sea has increased both in terms of frequency and severity.

Heavy weather has been one of the fundamental challenges for carriers since the dawn of shipping. Advanced technology for voyage planning and weather routing helps the master, but his judgment will be questioned if an incident occurs. Containers, the securing mechanisms and container stacks are exposed to great forces when containerships move in heavy weather. Parametric and synchronous-roll resonance phenomena have caused several serious accidents involving containerships.

Parametric rolling describes large spontaneous rolling motions occurring in head or stern seas. It involves the dynamics of the length of ship and waves, as well as the vessel’s wave encounter period. A vessel’s roll angle can increase from comfortable rolling motions to over 30 degrees in only a few cycles, causing excessive acceleration on the container stacks. Synchronous rolling is caused by the ship’s rolling period becoming synchronous with the wave period. The waves may then cause resonance, meaning that the ship may lose control over the roll angles as the action of the wave rolls the vessel increasingly over.

Furthermore, the containers on board the largest container vessels are stowed up to 130 feet above the waterline and nearly 200 feet wide across the deck. When ships and container stacks of these dimensions start rolling, you do not have to be a physicist to understand that the stacks will be subject to great forces once the vessel starts to move with the motions of the sea.

Ship stowage is an important factor because weight distribution on board also influences the vessel’s motions at sea. The metacentric height (GM) is a measurement of the initial static stability of the vessel. It is of the utmost importance to get the GM within the right range before the voyage. This represents challenges in terms of correct cargo planning both ashore and on board. In practice, advanced software will do most of the job, but computer programs depend on correct software development and correct data entered, as well as human interaction and, ultimately, human decisions.