“The company is committed to z-drives,” Bisso Towboat President Scott Slatten said. “They have proven admirably suited to ship assist work in tight spots and in the river’s difficult currents. They’re also not as vulnerable to river debris as once thought.” 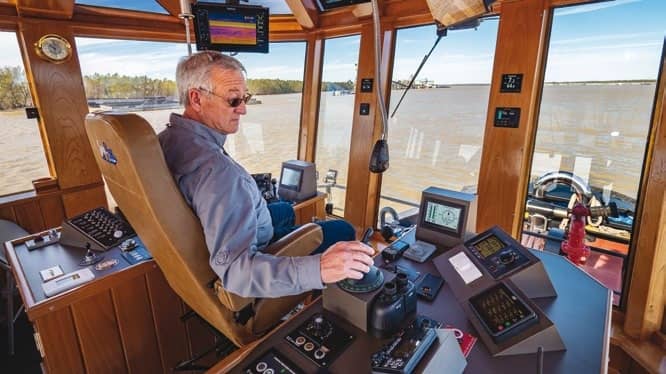 According to Slatten, shipping companies and ship pilots are driving the demand for ASD tractor tugs. Bisso’s eight ASD tugs give the company something of a competitive advantage, especially with quality ship owners and operators.

Andrew S. is based on a proven 100-by-38-foot design developed by naval architect Greg Castleman. Bisso acquired the design after the construction of Cecilia B. Slatten more than two decades ago. 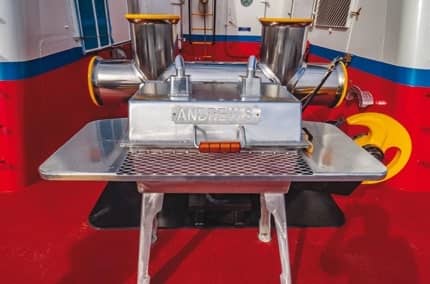 The hull form has proven itself with each successive tugboat. Bisso and Main Iron Works have modified the design tug by tug, arriving at what is essentially an enhanced version of Alma S., built-in 2006.

Incremental improvements over the years include switching to Caterpillar engines, starting with Michael S. in 2010, and making connections for hoses, fuel, water and other fluids accessible outside the engine room. Keel-cooled air conditioning became standard in 2012 with delivery of William S.