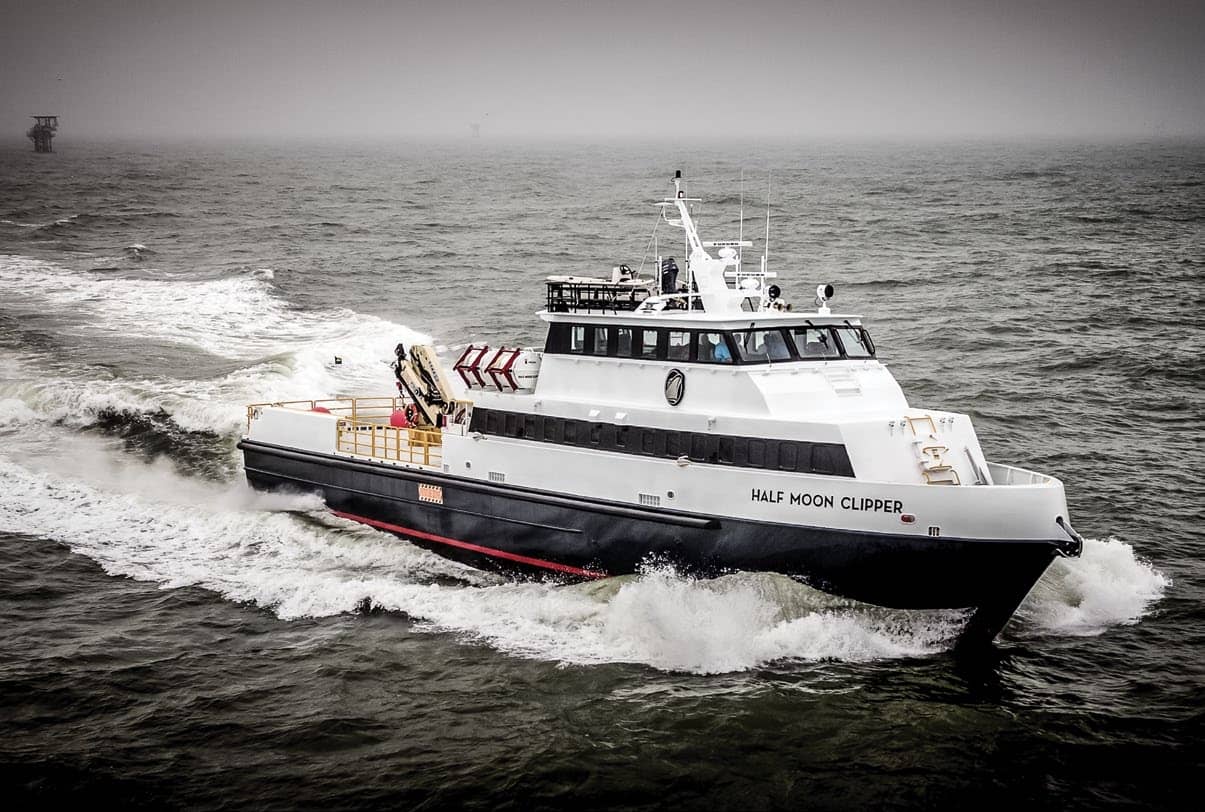 Amid the oil industry downturn in the Gulf of Mexico and the cor-responding grim economics visited upon aluminum crew boat builders in south Louisiana, Breaux Brothers Enterprises of Loreauville put a new twist on the market.

“We were contacted by Holland America Line (HAL) to construct a vessel,” said Brannon Breaux, a vice president of the company founded by his father, Ward Breaux, who is president. The company’s other vice president is Brannon’s brother Vic.

The new vessel would replace a 95-foot, triple-screw Camcraft crew boat originally built for Eastern Shipping Co. in 1975 that subsequently was employed as a ferry in Newfoundland. HAL acquired the vessel in 1997, placed the name Half Moon Clipper on the hull, and put the boat into service in the Bahamas. 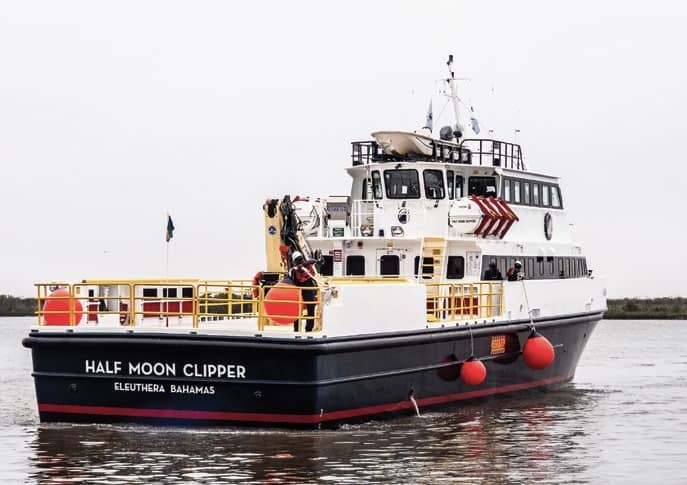 As with the old boat, the new Half Moon Clipper transports crew and workers from Eleuthera’s Princess Cays to HAL’s resort on Half Moon Cay, a run of up to an hour and a half. The crew loads, transports and unloads all of the food, beverages and equipment necessary to feed and entertain cruise ship passengers on shore parties. The boat also acts as a supply boat for the ships.

“It’s all brought via the Clipper, so it’s a very important — I would say vital — part of our operation,” said Matthew Sams, vice president of Caribbean relations and private island operations for HAL.

The trend toward giant, passengerpacked cruise ships called for a crew boat designed in lockstep with the industry’s growth. But dimensional limitations for the vessel due to the size of the Princess Cays marina and the channel leading to the marina at Half Moon Cay presented challenges. 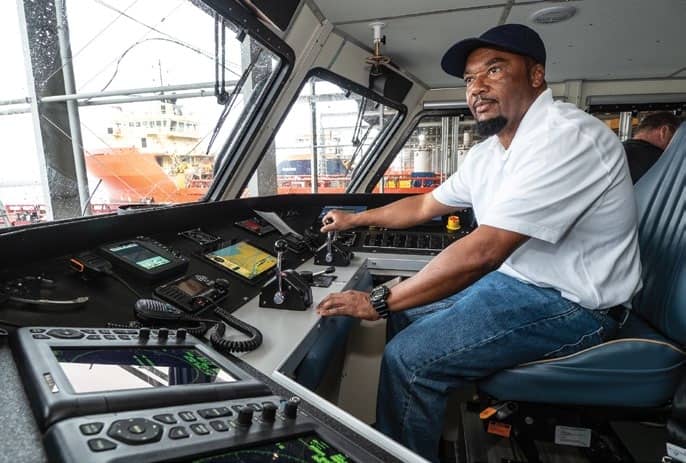 Sams said HAL conducted a worldwide search with numerous brokers to see if they could find an existing boat that could be retrofitted to meet the operator’s requirements. “It’s not as if these types of vessels are growing on trees,” he said.

The search came up empty and it was decided to go with a new purpose built vessel. “We spoke to a number of yards and went through the RFQ (request for quotation) process and ended up at Breaux,” Sams said. “We looked at their history and their builds and were very pleased with what we saw, and are very pleased to this day.”

Aside from quality construction, the new vessel had to meet very particular specifications determined by geography and mission requirements. For starters, the marina at Half Moon Clipper’s home port of Princess Cays restricted the length of the newbuild to 105 feet. Half Moon Cay presented more problems.