All-Electric Tugs And Pilot Boats: Are They Ready For Prime Time? 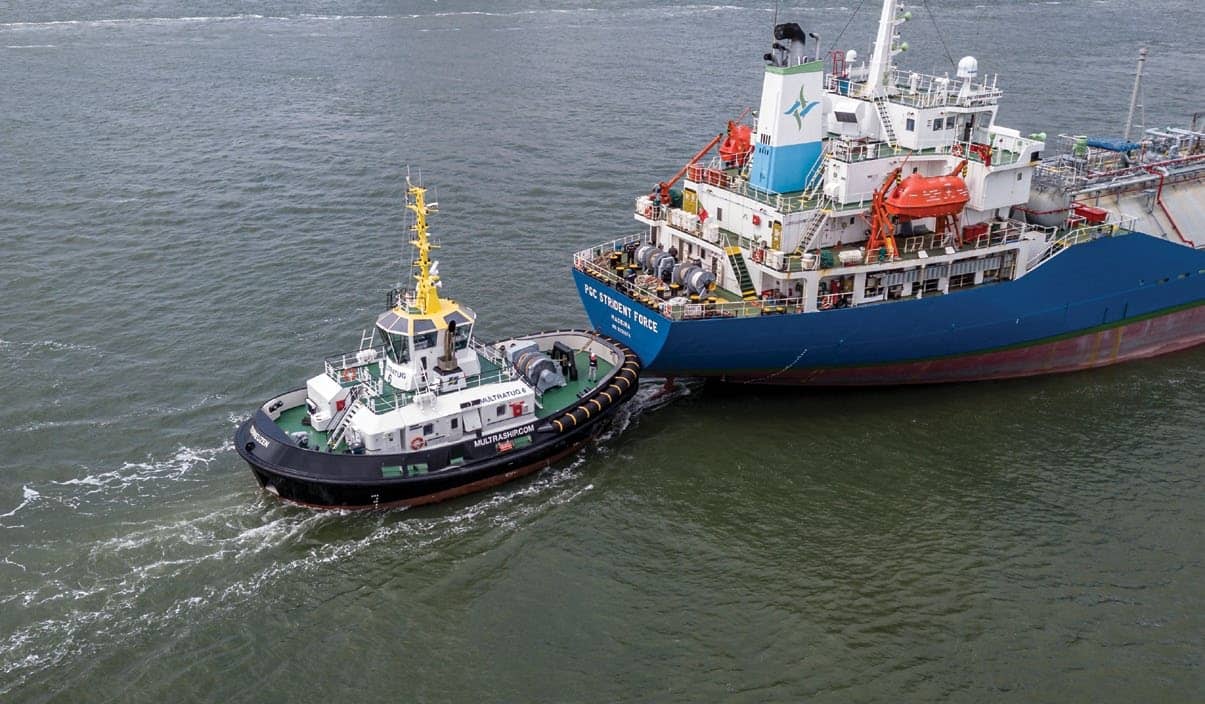 There are electric ferries and tour boats, along with proposals for fully electric containerships, bunker tankers, and barges. But how will all-electric vessels measure up to the extreme power demands of harbor tugs, or the distance and speed requirements of pilot boats?

Two companies have taken on these challenges. In July, the Ports of Auckland in New Zealand ordered the world’s first full-size, fully electric ship-handling tug from Damen Shipyards of the Netherlands. The acquisition of the RSD-E Tug 2513 will help Auckland toward its goal of becoming emissions-free by 2040. And the naval architecture firm Robert Allan Ltd. of Vancouver, British Columbia, unveiled plans for an all-electric pilot boat in 2018.

Both companies are using existing designs and boats, reconfiguring them for all-electric propulsion. Damen’s all-electric tug is based on an RSD (reversed stern drive) model that is fuel-efficient and meets the International Maritime Organization (IMO) Tier III standards.

“Functionally, the requirements and capabilities of the tugs are the same,” said Viktoria Adzhygyrei, spokeswoman for Damen. Robert Allan is basing its all-electric aluminum pilot boat on its steel-hulled RAlly 1600.

Auckland began looking for an electric tug three years ago. “When we first looked into buying in 2016, there was nothing on the market,” said Allan D’Souza, the ports’ general manager for marine, engineering and wharf operations. Auckland then went to Damen for the project based on the ports’ satisfaction with the ASD Tug 2411.

“We looked at the request and saw it was technically possible,” said Marc Baken, a design and proposal engineer at Damen. “The next step was to consider the feasibility of full electrical operation from a business perspective.”

Damen used data from Auckland’s operations of the ASD Tug 2411 to work out the battery requirements for the RSD-E Tug 2513, which will measure 81 by 43 feet. After a collaborative process, the order for the electric tug was announced, with delivery expected by 2021.

The most impressive feature of the RSD-E is that it will generate a 70-tonne bollard pull, according to Damen. For safety reasons, the tug will have two 1,000-kW generator sets to provide enough power for it to operate at 40 tonnes bollard pull in the event of an electrical system failure, or if the vessel needs to operate beyond its battery capacity. The tug will be able to switch to the backup power in a matter of seconds, Adzhygyrei said.