Only About 5% Of Rare Diseases Have Treatments 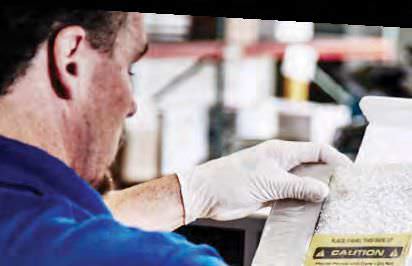 Orphan drugs, those medications that are typically produced in small quantities for limited patient populations, are growing in importance worldwide.

Once largely considered too costly to produce, given the limited number of patients affected by a particular disease, new technology and new breakthroughs in biopharma have changed the landscape, allowing more orphan drugs to be produced than ever before, thus saving countless lives that would otherwise be lost.

But bringing an orphan drug to market has its own unique set of challenges and considerations that must be overcome, many due to the narrow scope of use for which the drug is intended. Overcoming those challenges while endeavoring to produce a needed drug as quickly as possible requires the cooperation of clinical trial investigators, drug manufacturers, local and national governments, and more.

Where to start? Typically, the need for an orphan drug is recognized by a doctor needing a specific drug in order to treat a rare disease. At this point, the doctor may apply for a research grant through one of many funding services, including the National Institute for Health (NIH), various philanthropic concerns, or private industry.

Alternatively, the need may be raised by a disease advocacy group, spotlighting a certain ailment that needs attention This was the case, for example, with the Muscular Dystrophy Association (MDA), who began advocating for cures for various neuromuscular diseases in 1950. Since its founding, MDA has funded research and clinical trials for a number of rare diseases, including Emery-Dreifuss muscular dystrophy (EDMD), ZASP-related myopathy, and Walker-Warburg syndrome (WWS).

The next step in the process is finding a drug manufacturer interested in producing the needed drug. Due to their limited audience and small production runs, orphan drugs can be very expensive to produce, and there is a very real possibility that the manufacturer may never break even on their investment. In the case of life-saving drugs, it is not uncommon for manufacturers to provide the approved medications through charitable access, or patient assistance programs, often at no charge for those that need it. On the other hand, the cost of clinical trials can be significantly lower than those investigating better known diseases, as the study samples are necessarily smaller and there is a lack of competing medications.