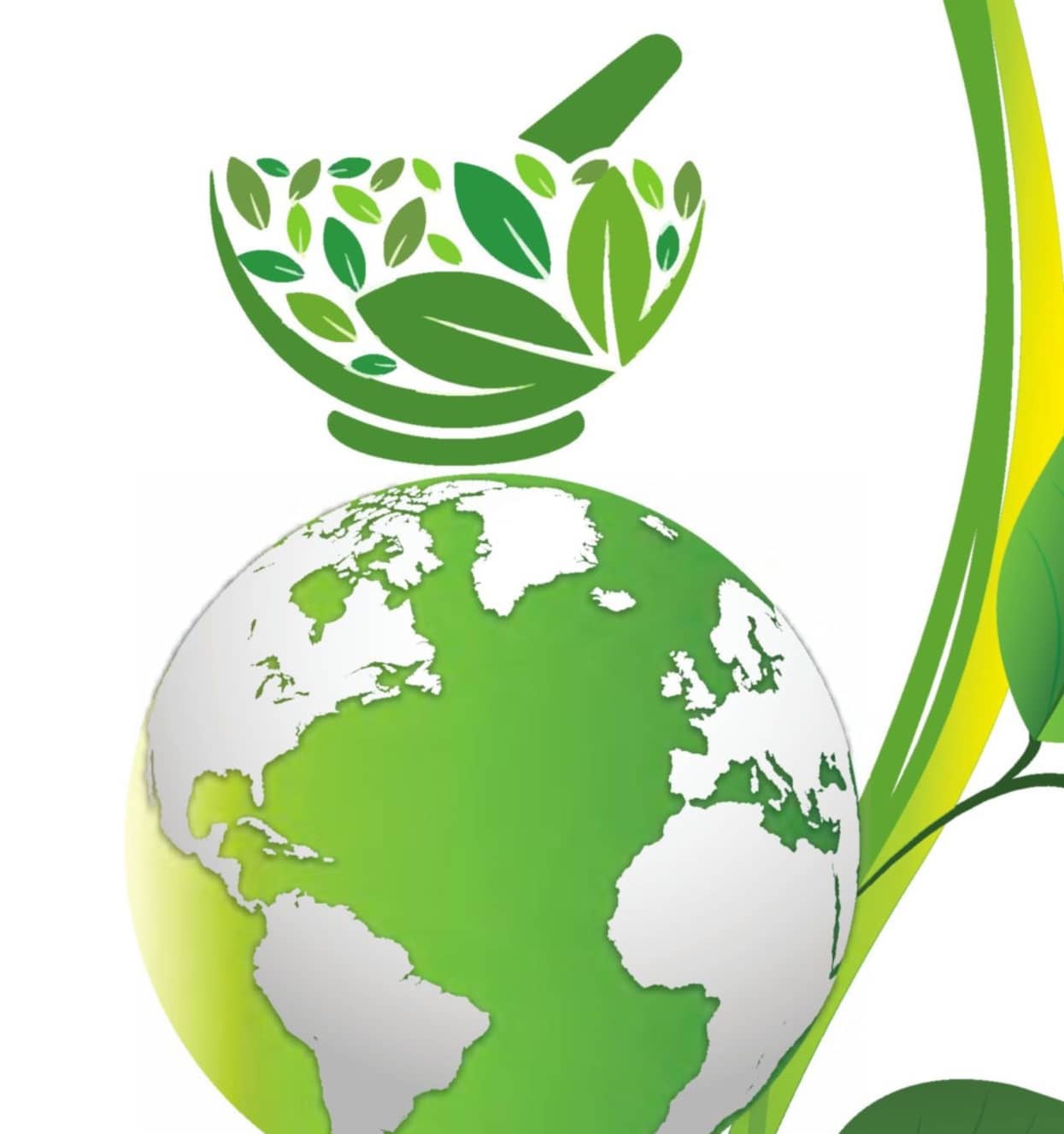 Indian traditional codified medicinal systems and folk medicine are a vast lexicon of herbal formulations and medicinal plants. In last few decades, the popularity of herbal medicine/ products has increased worldwide, not only as part of conventional treatment strategies but also for health care management, and thus the opportunity to promote Indian traditional medicine is increasing globally. Recently people from several developed and developing countries have been attracted toward traditional Indian herbal medicines. A large number of modern medicines are derived from the plants used in Ayurveda and other traditional medicinal systems. Ayurveda and other traditional herbal medicines are capable of addressing some modern unmet medical needs, and can provide the basis for developing potential medicines. Lack of drug standardization, information, quality control, and strict monitoring are the primary lacunae in the promotion of traditional Indian herbal products. In recent years several regulatory and promotional approaches have been undertaken to overcome such problems. Quality control, rigorous research to establish the effectiveness and safety, and credible clinical trials of the herbal products are required. Thus, the careful and scientific integration of Indian traditional herbal medicine into evidence-based clinical management of diseases is essential to provide better health care facilities to people.

India, a rich chest of biodiversity, has a large diversity of plant species. India consists of 2.4% of the total geographical area of the world, but accounts for 8% of global biodiversity, with around 49,000 plant species of which 5,150 species are endemic.1–3 The Himalayan range, Western Ghats, North-Eastern Indian hills (Khasi and Mizo hills), and Vindhya and Satpura ranges of the northern peninsula of India are the gold mine of higher plant species. Herbal medicine has special importance in the society, culture, and traditional medicine of India.1 Plant-based medicines are at the root of the modern health care system, and are acknowledged for their economic importance also.4 Traditional medicinal knowledge and plants play a central role in biological research and drug development. Herbal products or constituents are not only used directly as curative agents, but also as lead molecule in the discovery of new drugs. Current research and understanding suggest that the use of crude herbs or herbal products can confer real benefits on health when used long-term.2,5 Increasing population and the incidence of side effects of synthetic medicines also accelerate the popularity of alternative medicines. The World Health Organization acknowledged that the goal of ‘Health For All’ cannot be accomplished without herbal medicines. In a wider context, demand for medicinal plants, herbal medicines, health products, pharmaceuticals, food supplements, cosmetics, etc is growing in all parts of the world, which indicates the popularity and belief of people in herbal medicines. This in turn has created great scope for India to utilize its traditional knowledge of herbal medicine and repository of medicinal plants in the service of the world population and for the economic growth of India.2,6,7

Concepts and practices of different traditional medicinal systems in India are about several thousand years old. A large proportion of the Indian population still believes in and receives traditional medical care, which is based on the principles of three ancient codified Indian systems of medicine (ISMs): Ayurveda, Siddha, and Unani.8–10 Though different chemicals, minerals, and animal products are used in such systems to prepare curative agents, but use of plants have been the basis of treatment in these systems. It is estimated that Ayurveda uses 1,200 species of plants, while Siddha and Unani include 900 and 700 species of plants, respectively, in their medicinal preparations.11 Ayurveda and other ISMs are judicious combinations of modern science and contemporary clinical medicine, which have the potential to cure a number of diseases in better ways and leverage new leads for modern medicine.12 Currently, more that 1.5 million traditional medical practitioners in India are using medicinal plants for preventive, promotional, and curative purposes.13

Ayurveda, perhaps the most ancient (6000 BC) of the different organized traditional medicinal systems, is native to the Indian subcontinent and has been practiced since the beginning of the Indian civilization. It can be described as the ‘science of life’, accounting for an integrated observation of the mental, physical, spiritual, and social facets of human beings.14,15 Preventive and curative measures are the key components of the Ayurvedic system.

Major treatment approaches include the use of ‘aushadhi’ (drugs); ‘anna’ (diet); and ‘vihara’, which includes exercises and a healthy mode of life.14–16 The Charak Samhita, Sushrut Samhita, and Samhitas of Vagbhat, together referred to as the Brihattrayee, are considered the three key classics in Ayurveda. Charak Samhita and Sushrut Samhita(100–500 BC) describe over 700 plants, along with their detailed classification, pharmacological, and therapeutic characteristics.12,17

In the pre-Vedic period (approx. 3000 BC2000 BC), the Siddha system of medicine originated in the southern part of India,18 ‘siddhas’ (ancient practitioners of Siddha medicine) are believed to have developed this system which are written in Tamil and mainly practiced in Tamil Nadu.14,18 The Siddha medicinal system recognizes three humoural concepts: ‘vata’ (wind), ‘pitta’ (bile), and ‘kapha’ (phlegm). Examination of the pulse, urine, and different anatomical features like the tongue, voice, complexion, eyes, touch (to find dry, warm, cold, sweating condition), and stools are commonly used as diagnostic criteria in Siddha medicine.16,18,19

The basics of the Unani system of medicine were laid by Hippocrates and later by Galen. In the eleventh century, the Unani system was introduced in India by Arabs and Persians. The fundamental theory of the Unani system is ‘humoral theory’, which presupposes the presence of four humors – blood, phlegm, yellow bile, and black bile – in the body, and for Unani practitioners diagnosis mainly depends on pulse reading, and examination of the urine and stools.20,21 The main therapeutic approaches in this system include dietotherapy, or ‘Ilaj-bighiza’ (use of specific diet); regimental therapy, or ‘Ilaj-bil-tadbeer’ (exercise, change of climate, massage, venesection, leaching, cupping); pharmacotherapy, or ‘Ilaj-bi-dawa’ (use of medicines from herbal, mineral, and animal sources); and surgery, or ‘Ilaj-Bil-Yad’.20–22

Folk medicine (also known as ‘tribal’ or ‘indigenous’ medicine) also plays an important role in Indian society, mostly in rural/indigenous/ethnic communities. This type of knowledge is usually passed verbally from ancestors of the particular group of people without any written script.

Herbal medicines are truly in a league of their own, and have stood the test of time until now. But unfortunately the utilization of herbal medicine for the management of diseases is less despite of its potential. A large number of ethnic and rural people use and stoically play a crucial role in protecting the ancient medicinal knowledge related to plants from fading away into oblivion. Herbal medicine is due for a revival. However, incorporating herbal medicine into the true mainstream of modern health care and ensuring modern safety and efficacy standards is not an easy task.

In India, about 65% of the population mainly uses traditional medicine for their health care needs. Inequities in the accessibility, availability, and affordability of modern healthcare make herbal drugs more popular in rural and remote areas.24,25 Demand for traditional medicine in developed countries is also increasing. About 40%–50% people in Germany, 42% in the USA, 48% in Australia, and 49% in France are using traditional medicine. In the twenty-first century, herbal drugs and products from plant sources are increasingly being acknowledged in developed countries and also among the people who can afford costlier allopathic medicines, with the hope of a more eco-friendly, bio-friendly, and relatively safer treatment strategy.4,24,25 Among the 49,000 plants of the Indian subcontinent, about 20% are global species. It was estimated that more than 3,500 higher and lower plant species have medicinal value, although only 500 species of medicinal plants are used by the Ayurvedic industry.1,2 Several reports have suggested that almost 80% of drug molecules are of natural origin or inspired by natural origin. It has been estimated that almost 50% of drugs approved since the 1990s are based on natural products.26 Undoubtedly, a lot of plants contain substances of medicinal value which have yet to be discovered. Indian traditional medicinal systems believe in a holistic approach, and are considered as ancient forms of system-biology-based medicine. Diagnosis and treatment strategies provide more individualized methods. ISMs have a very complex and logical approach to diagnosis, which are based on rational observation, and use a number of potent herbal preparations. They thus have become an important target of medical research.

A key area for the popularity of herbal products is nutritional supplements. Herbal supplements afford nutrients that are lacking or not consumed in an adequate quantity through the diet. Herbal supplements may contain vitamins, minerals, macronutrients, and antioxidants, etc, which are essential for good health. Thus, the demand of several Indian formulations – like chyawanprash, musli pak, and ashwagandhadi lehyam – is increasing.27 Figure.1 shows the strategy for advancement and integration of traditional herbal medicine into modern medicine.

Review of different national pharmacopeia reveals that at least 120 distinct chemical products/moieties from herbal sources have been utilized as lifesaving drugs. It is predicted that among the estimated 250,000-400,000 plant species of world only 6% have been screened systematically for their biological activity and 15% have been investigated phytochemically.28 It is predictable that natural compounds and their derivatives comprise nearly 60% of all drugs in clinical use and medicinal plants contribute not less than 25%. Between 1981 to 2002, around 119 drugs were approved and of those around 60% of anticancer and 75% anti-infective drugs could be related to natural substances.29 Thirteen natural products were approved as drugs between 2005 and 2007. Currently, more than 100 natural products (drugs) are in clinical trials and about 100 molecules or compounds are in the preclinical phase of drug discovery.30 Several bioactive molecules from plants, especially from those used in Ayurveda, have been discovered, such as reserpine for high blood pressure, psoralens for vitiligo, alkaloids from Holarrhena antidysenterica (L.) against amebiasis, Mucuna pruriens for Parkinson’s disease, piperidines as bioavailability enhancers, vasicine and vasicinone as bronchodilators, hydroxycitric acid for obesity, bacosides to treat mental retention, picrosides as hepatoprotective agents, phyllanthins for viral infections, and withanolides and steroidal lactones as immunomodulators. Current scientific knowledge along with better clinical observation would help to explore Indian traditional medicine in an advanced way and utilize old molecules for new therapeutic applications. For instance, forskolin is currently acknowledged as a potent adenylate cyclase activator and antimicrobial berberine alkaloids are used to cure dyslipidemia.26,31 A typical, systematic research on plants to find new bioactive molecules is expensive and inefficient. The high cost of and the time taken for this process are the main hurdles. One of the most important approaches in the discovery of a new drug would be recourse to the information accessible in traditional Indian medicinal systems, which are based on the proven therapeutic utility of the medicinal plants of India.12