‘In The Post-Covid-19 World, It's Vital That Companies Keep Their Eye On Inclusivity' 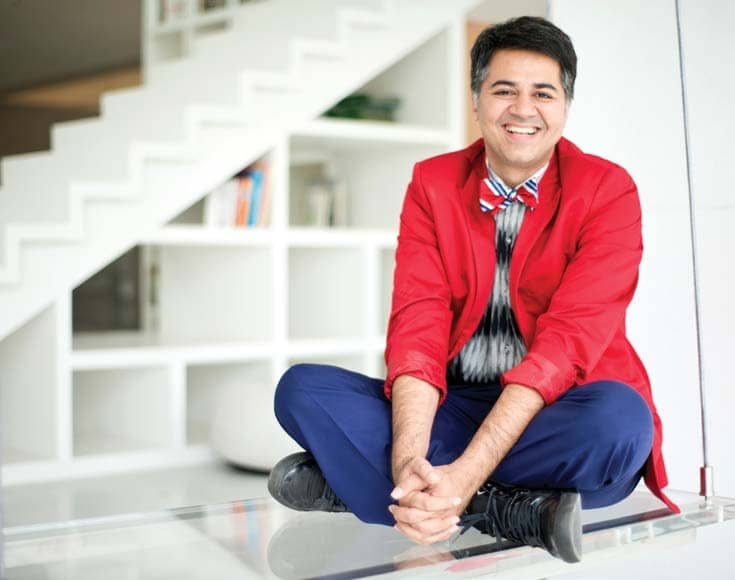 Parmesh Shahani, author, and Founder, Godrej India Culture Lab, in conversation with People Matters, talks about celebrating Pride Month in the era of digital existence, the business case for missing empathy as employers make life-altering decisions for employees and the current status of LGBTQ inclusion at workplaces - acceptance and policies

An author and the Founder and Head of Godrej India Culture Lab, Parmesh Shahani serves as Vice President at Godrej Industries Ltd.

A multi-faceted personality and a role model for many, Parmesh is a part of FICCI's inaugural D&I task force, he is a board member of Khoj International Artists’ Association, a TED Senior Fellow (2017), Yale World Fellow (2014), a World Economic Forum Young Global Leader (2014), a Utrecht UniversityImpakt Fellow (2012), and an academy member of the Global Teacher Prize.

An active advocate and member of the LGBTQ community, Parmesh voices his take on LGBTQ in India and the workplace through his books, blogs, and his presence in the media. His first book Gay Bombay: Globalization, Love and (Be) Longing in Contemporary India was released in 2008 and is being re-published in 2020 as an updated edition. His new book Queeristan: LGBTQ Inclusion in Corporate India is also slated for a 2020 release.

Here are excerpts of the interview.

What went behind the creation of Godrej India Culture Lab? What have been some of the milestone achievements for the culture lab?

Well, it’s been 9 years since the lab was created and we are looking forward to its tenth anniversary next year. The lab began very much with the aim of creating a new kind of space in which we could cross-pollinate different people and also different ideas about contemporary India, in an ongoing conversation. The premise was that there were so many people trying to understand contemporary India sitting in different markets, be it in academia, in business, in policymaking, thinkers, writers, filmmakers. We thought why not create an open space through which we can have an ongoing exploration of understanding contemporary India. That was the broad idea.

I met Nisa Godrej and proposed this very open-ended idea to her and she loved it. That’s how the culture lab came into being with Godrej as its home. But very early on it was clear that while we were housed at Godrej, it was very much a space for the general public at large, it’s for the city and the country.

Through 9 years we have grown so much from that small idea. We have grown into 3 pillars - Curation, Creation, and connection. We have year-round events and while all the physical events happened in our auditorium, now owing to COVID-19 we have moved to online events. Having theme-based events was the center-piece of how we started, and these events are on recurring themes like issues about identity, gender, LGBT rights, women’s rights, feminism, issues about seeing the connection between urban and rural India, understanding what digital India is all about, recognizing that we need to pay attention to our environment.

We are very invested in expanding the cultural ecosystem of the country.

Pride Month is around the corner and pride marches are one of the highlights during the Pride Month celebrations every year. What do you think will help keep up the spirits given that the marches are unlikely to happen? How do you plan on celebrating Pride Month this year?

Of course, the plan was very different originally on how I would spend this month and that plan has completely changed. I am currently in the middle of re-releasing my book Gay Bombay and pre-publicity of my new book Queeristan which is slated to be released around August.

MORE STORIES FROM PEOPLE MATTERSView All