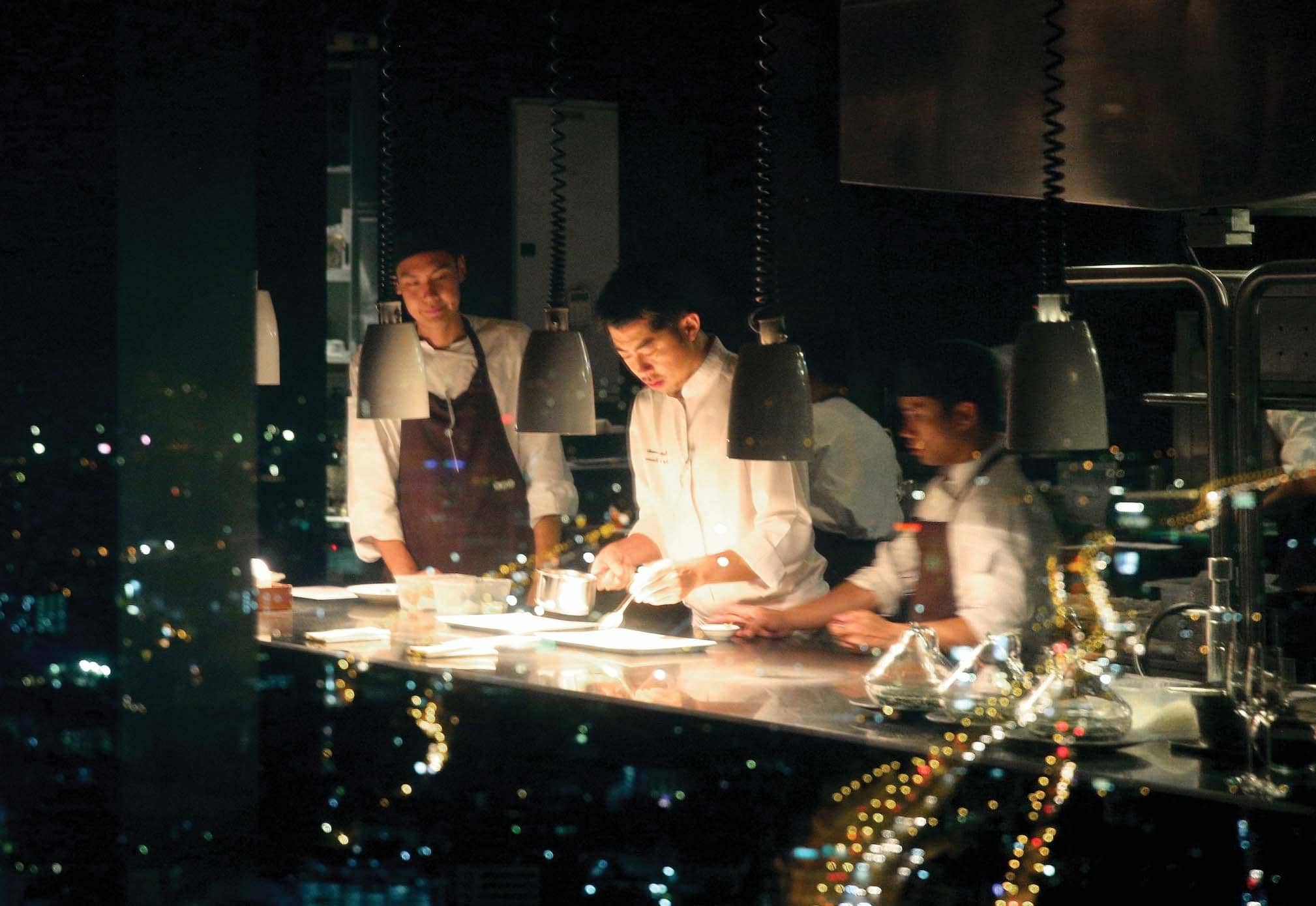 Seated in the half-moon-shaped Mezzaluna restaurant with an open kitchen, perched sky-high on the top floor of the 65-story Lebua Hotel — the world’s first vertical luxury epicurean destination masterminded by its CEO Deepak Ohri — with dominating views of the expansive Bangkok skyline, chef Ryuki Kawasaki

is the picture of calm and poise. He might display typical Japanese reserve and modesty, but the soft-spoken chef ’s contemporary French food is far from ordinary. Rooted in his Japanese origins, his cuisine is all about high precision, creativity, and simplicity, allowing the natural taste of ingredients to shine through and giving diners an experience that they can only have at Mezzaluna. Choosing to make a name for himself outside of Japan, he upends stereotypes in Asia that Japanese chefs only cook Japanese food. Crafting a truly genre-blurring cuisine that harnesses the best of the cultures of the East and West, he mixes seasonal Japanese ingredients — some little known outside of Japan — and balanced, sophisticated flavors with French cooking techniques to present his interpretation of what European cuisine can be. 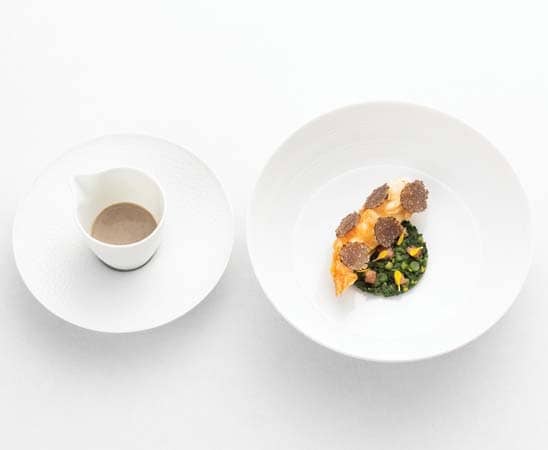 Take for example the rectangle of sake-steamed amadai tilefish on a bed of Jerusalem artichoke, geoduck and celery; the ise-ebi spiny lobster cooked a la plancha that sits atop shungiku greens dotted with morsels of Morteau sausage in a green lentil bisque; or a slice of difficult-to-source Niigata Murakami Wagyu A5 beef grilled over bincho charcoal accompanied by the mibuna leafy vegetable, celeriac, cured egg yolk, and sweet garlic, all topped with truffles. “Now I focus less on fancy decorations, but more on umami flavor and the eating experience, especially since Japanese products are already good, so I don’t want to play with them too much and kill the flavor,” Mr. Kawasaki notes. “For European chefs, some Japanese fish is very tricky for them to understand and cook, but this is the kind of fish I want to focus on, the one that other people don’t know how to use, such as shirako (cod milt).” 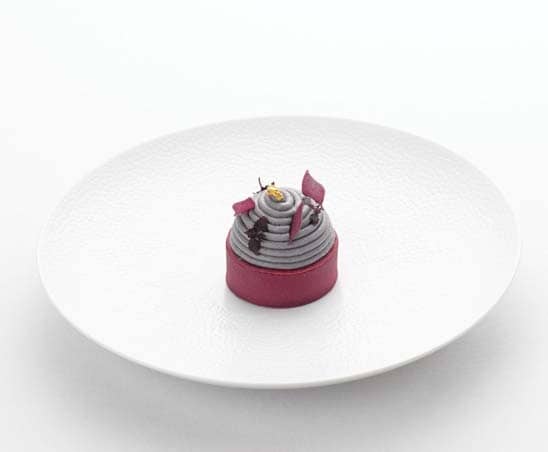