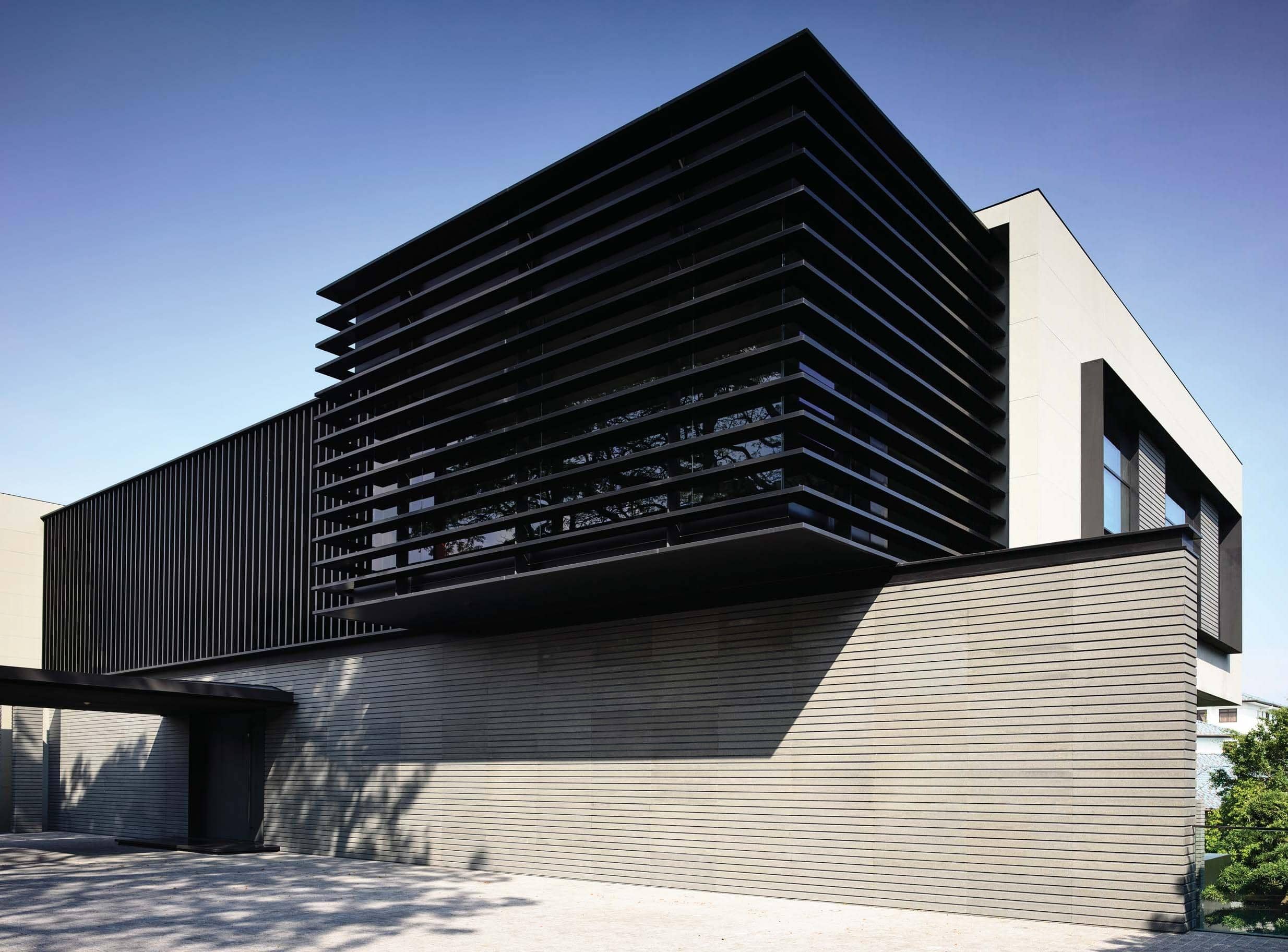 Imagine a villa in the European countryside, perched atop a hill with a vantage of rolling hills and painterly vistas of landscape and sky. This unbridled connection to nature gives one the feeling of utmost freedom and respite. The Namu House by K2LD Architects emulates that — although an entirely modern construct replaces the villa example and the location is a well-heeled suburb at the edge of the city.

The building is all straight lines and an interweave of blockish volumes, pulled out at parts to become cantilevers and hollowed inwards at others to create balconies. But the protagonist is clearly the magnificent site. The architecture is but a foil for the view to be savored through the different sequences of entertaining, eating, bathing and sleeping. 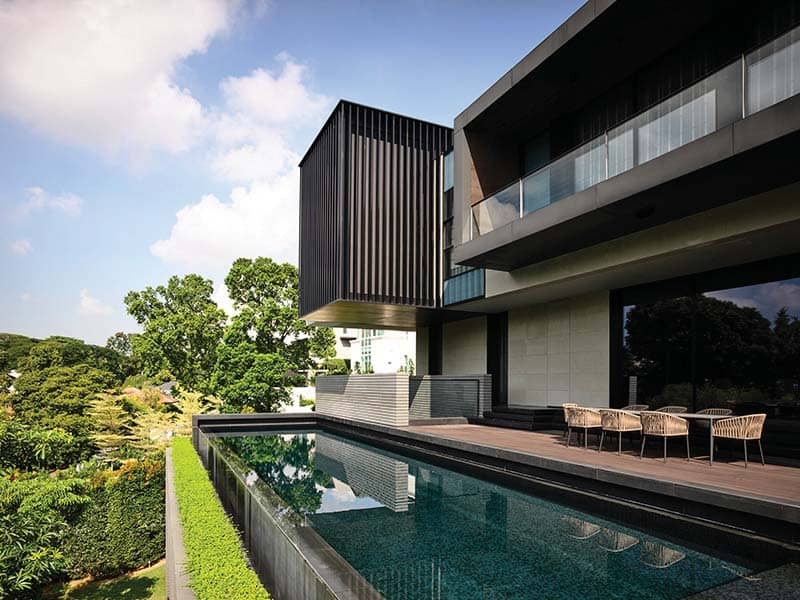 Approaching the driveway, one sees a two-story house. The land actually steps down four stories on the other side, which is wrapped in granite to convey the image of a house sitting on a rock plinth. The swimming pool and outdoor terrace are situated on this higher side to harness the panoramic view. “The entrance of the previous house was below. What we did to comply with government regulations was to put a basement there so we could elevate the land. So now there is a proper entry,” shares Mr. Ko Shiou Hee, the firm’s founder.

The two-story structure at the entrance was intentional so the house doesn’t overwhelm the site upon entry. Rather than a grand entrance and lots of windows, the façade fronting the drop off is almost entirely reticent, clad with a variety of stone and trellised on the second story to reveal very little of the occupants’ goings-on. The louvers are effective in filtering the west-facing sun. 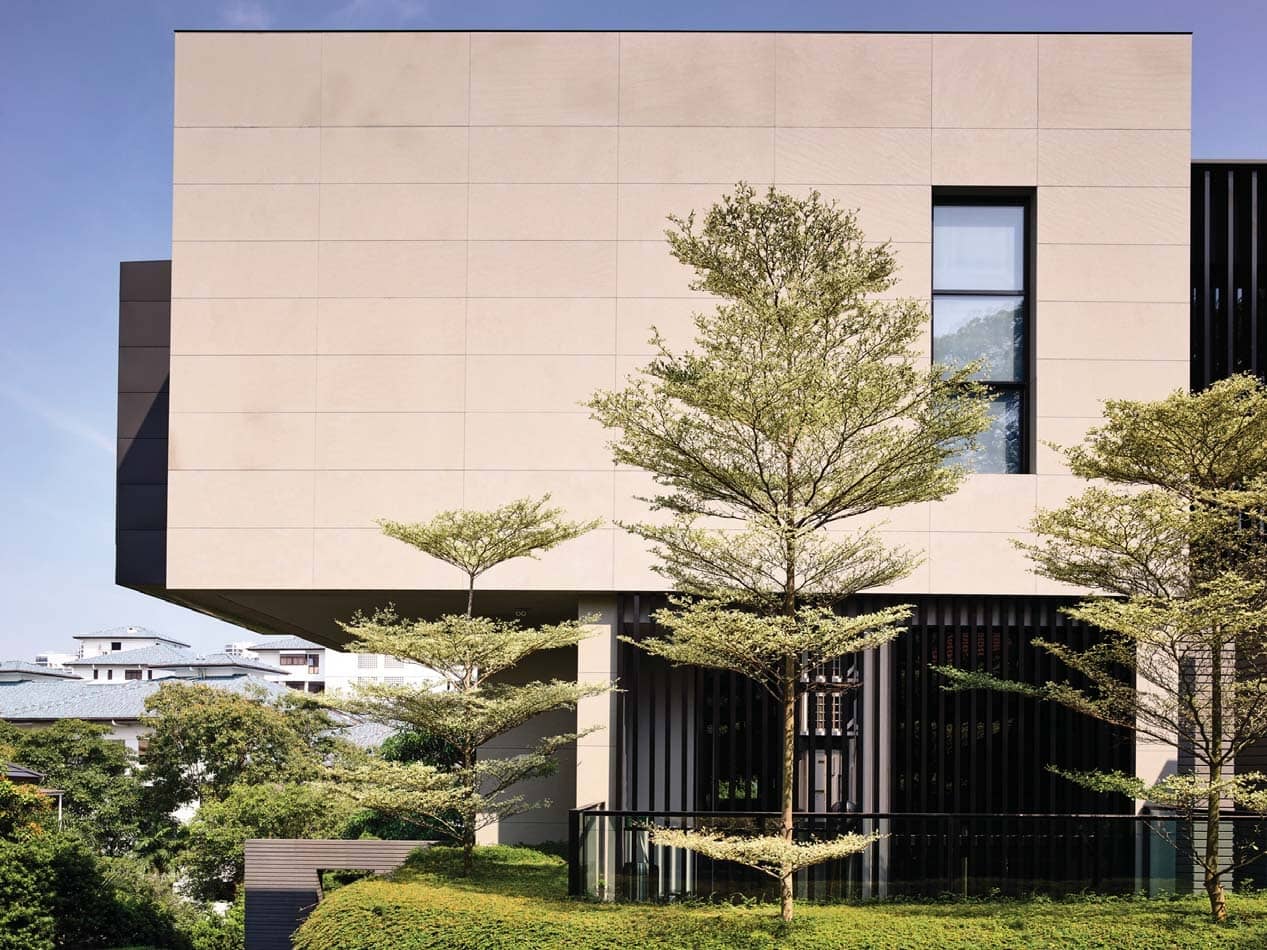