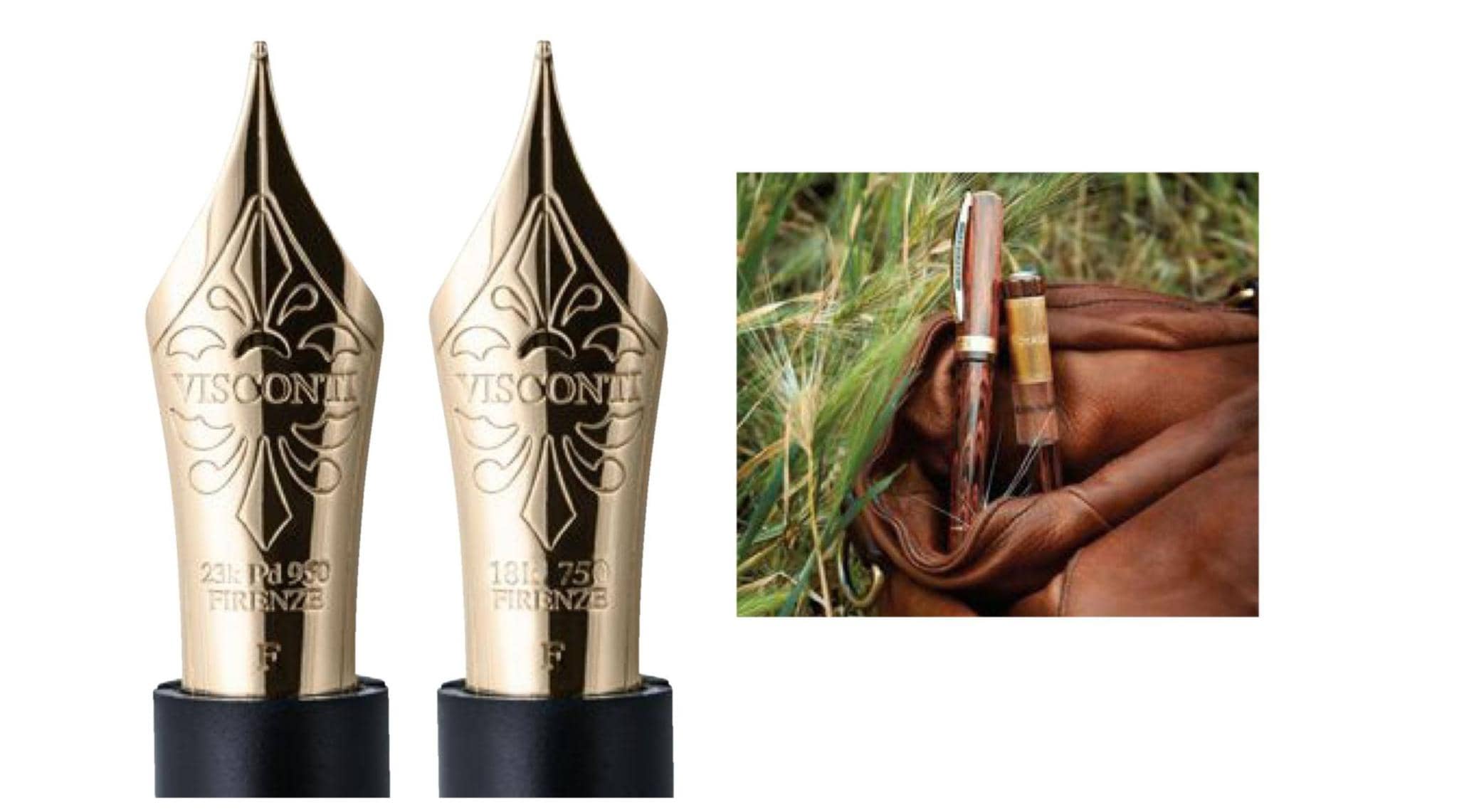 The Italian company explores its roots with a new 18 karat gold nib and the Voyager 30 series.

In our June cover story, we listed some of the changes at Italy's Visconti Pens: a new CEO, Francesco Poggesi, dedicated to growing Visconti; a new research and design approach that involves both the engineering and marketing departments; and a relaunch of the iconic Visconti Voyager. In many ways, Visconti is pushing forward into a new future.

But in one way, Visconti is returning to its roots. In 2010, Visconti replaced its line of 18 karat gold nibs with the Dreamtouch, a 23 karat palladium nib.

Beginning in October, a Visconti press release states, “Visconti is going back to [its] roots and relaunching 18 karat gold nibs.” The stated reason for the change is to meet the “significant demand and requests from customers that Visconti reintroduce the gold nib.”

According to Mark Cole, president of Visconti’s U.S. distributor, Coles of London, the new 18 karat gold nibs “are excellent nibs—soft writers with good flexibility [that] write very well straight out of the box. Whether your Visconti fountain pen holds a palladium nib or a new 18 karat gold nib, customers should expect the same excellent writing experience.”