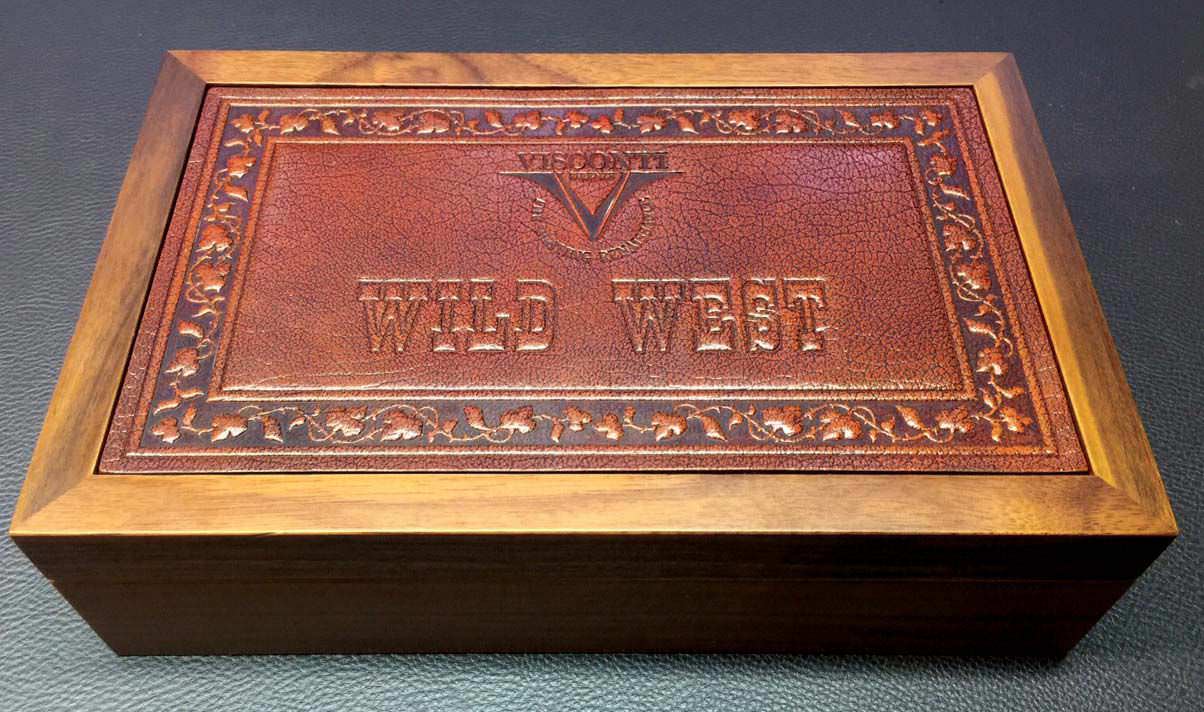 An Italian pen company pays homage to the American frontier.

“For me, it was instructive to study the [American] frontier and conceive a pen recalling the West,” Del Vecchio says. “It was very exciting because, believe it or not, I learned why Americans are Americans!”

Del Vecchio is talking about the uniquely American notion of “Manifest Destiny.” The term was coined by journalist John O’Sullivan in 1845 and refers to the movement of the American populace from established areas on the East Coast to the vast unexplored inland territories. O’Sullivan and other proponents of the movement believed that U.S. citizens and institutions held a moral imperative to spread Western notions of “superior” culture and political institutions to Native American and Mexican populations in the West. In essence, the philosophy claimed superiority for the American way of life.