The Ubiquity Of The Piston Filler 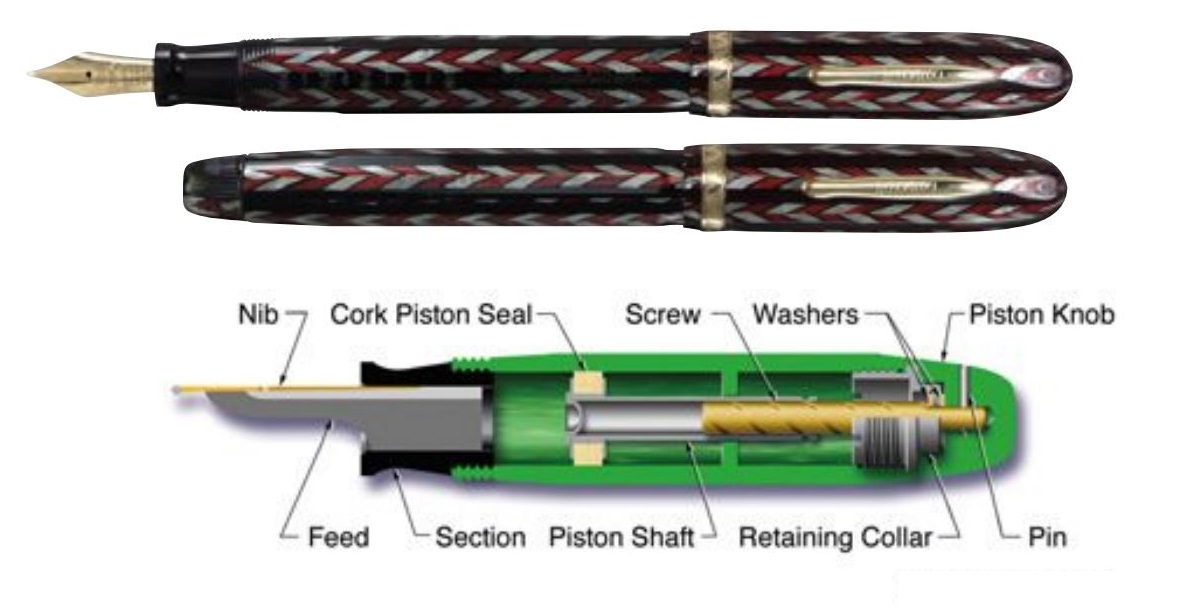 Today, it’s the most popular filling system in pendom. How did we get there?

At the end of my look at the early history of piston fillers in the June Pen World, I said that although the basic Kovàcs design would proliferate in Europe, it did not do particularly well in the United States. Let’s pick up from there.

Perhaps because of the post-World War I isolationist mood in America, many German products simply didn’t catch on in the U.S. The concept of the piston filler was too attractive to ignore, however, and on March 28, 1933, Conklin Pen Company engineer Andreas Bienenstein received U.S. Patent No. 1,902,811, covering the features of the Nozac piston-filling pen that Conklin had introduced in 1931, illustrated above by a red/silver model featuring the herringbone pattern that Conklin called V-Line.

Two other patents were issued to Bienenstein on the same day, covering variations that were never produced; these patents served to forestall the development of virtually any piston pen using a similar mechanism. Shown above is a cross-sectional diagram of a Nozac, illustrating the construction of the piston mechanism.