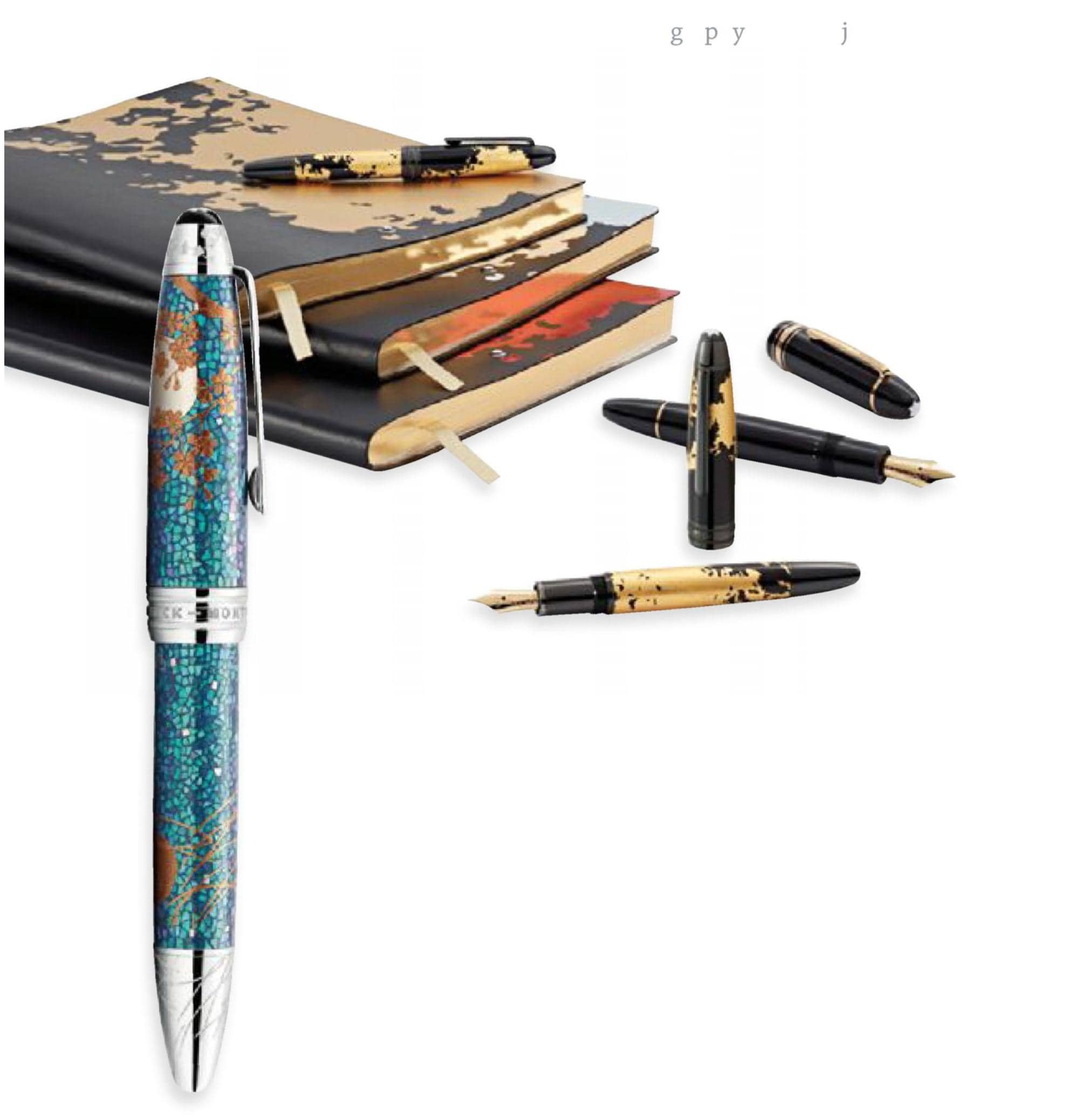 In addition to a new flexible gold nib, the German brand introduces a series of new calligraphy-themed journals.

Montblanc states that its Meisterstück Calligraphy edition pays tribute to the golden age of calligraphy, celebrating the beauty of language and the importance of culture transmitted by writing, mentioning that illuminated manuscripts were elaborate expressions of calligraphy. The term “calligraphy” is derived from the Greek Kalos, which means “beauty” and also captures the notion of ethical value.

The new Montblanc 149 flexible nib that will be called a “Calligraphic Flex” is the most interesting new flexible nib that I have come across in many years. The vertical line can vary from 0.3 mm to 1.6 mm depending on the writer’s vertical pressure when writing on a page.

The Montblanc Calligraphy Solitaire Lacquer and Gold Leaf Le Grand is being offered with a slightly broader flexible nib. Frank Derlien, Montblanc’s head of final assembly and nib manufacture, advised me that Montblanc anticipates releasing an Italic Flex nib that can vary from fine to extra-broad. Under Montblanc's Bespoke Nib program, one can order flex nibs that vary from medium to triple-broad.

A “flex” nib is a form of calligraphic nib, along with the more rigid italic nibs with squared tips that produce broad lines in vertical strokes and narrow lines in horizontal strokes. By using flexible nibs, those who take pride in the appearance of their handwriting can create line variation that makes handwriting and signatures more attractive. Montblanc entitles this as “The Fusion of Art and Writing...a Tribute to the Beauty of Handwritten Self-Expression.”