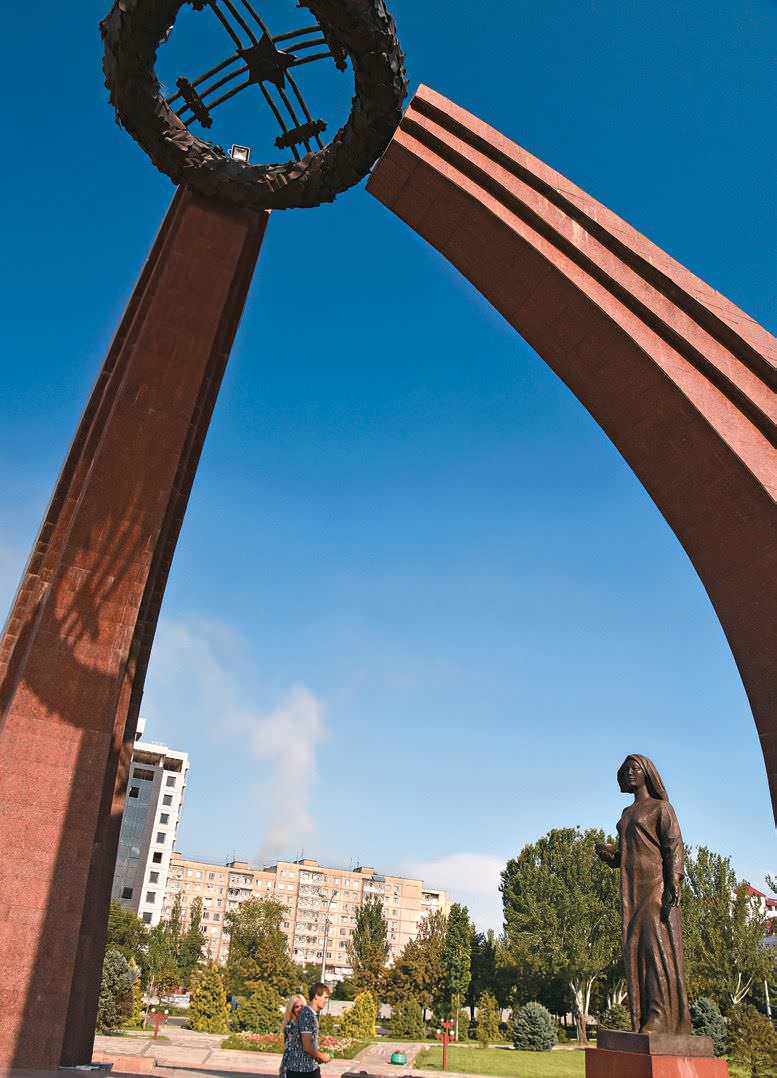 The first impression after landing at the Bishkek airport was that of having been teleported into the unhurried past before our ‘liberalisation’. The relaxed airport and its smiling immigration officers were reminiscent of the Palam airport of the ‘80s. With Anar Begh, our guide who is an English professor at the local university (travel guiding being a source of additional income) navigating through the country was a delight despite the language barrier.

The roads leading up to Bishkek, the capital of Kyrgyzstan—a young country born after the dissolution of the USSR—were unblemished and the traffic was well-behaved and controlled by ever watchful police cars. Poplars overshadowed by snow-peaked mountains reminded us of the Kashmir valley. The air, for a June morning, was bracingly cool and the wafting clouds were nearer.

Curiously, the stores at the fuel stations were called ‘Dukan’—alluding to the origins of the term widely used in India referring to a shop. Obviously, this, and other similar words, must have traveled with adventurers like Babur during the middle ages when the ‘golden sparrow’ drew treasure seekers out of this Central-Asian alcove to the vast and rich plains of the Indian subcontinent.

Bishkek turned out to be a western and modern-looking city with wide, tree-lined avenues, grand buildings made in the Soviet era style, and a city-centre replete with celebratory monuments, fountains, kiosks of Maroshnoe (ice cream), flower-decked gardens and promenades where couples walked hand-in-hand and children played. Even Lenin could be found in the remarkable city sculptures or amongst the artworks at the ‘Art Souk’ in the city centre. There were many well-maintained vehicles of the Soviet era on the roads that accentuated the feeling of being time-machined backwards. Women and men elegantly flaunted modern western fashion (we had imagined a more traditional spectacle in a conservative Muslim society).