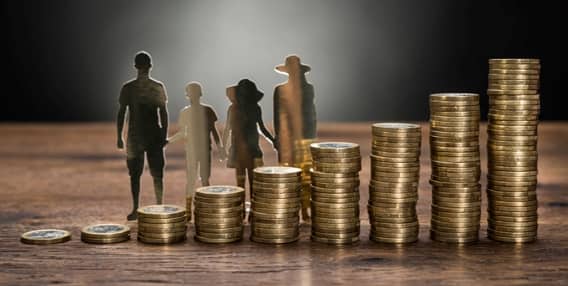 Within a year of starting work for a multinational, I was sent to New York in the 1990s for training at the headquarters. We used to get $20 per diem in which we had to manage our food costs for the day. All the other expenses were borne by the employer. There was this intern working with us, who used to drive into the firms parking lot in a swanky Mercedes. The CEO of the firm, who has been hailed as one of the best bankers of the 20th century, used to use the NY subway. We were fascinated by the lifestyle of this intern. He had a magical aura around him of opulence and privilege. Our self-pressed polyester shirts and ties and Bata shoes were the subject of snubs. And the one credit card we had worked only in India and Nepal. Having to pay cash everywhere was seen as so passé. We will call him Mr Grasshopper.

In New York I met Mr. Desi Ant also. Like me, he was a Punjabi from a refugee family who lost everything in the 1947 partition of India. Through a cousin he somehow made it to the US, started waiting tables in the cousin’s restaurant. Within a year he had started driving a cab and then went on to acquire many cab licenses, which were a gold mine in those pre-Uber / Lyft days. When I met him, he was a platinum customer who still drove sometimes, but was managing a huge transportation operation of Punjabi and Pakistani cab drivers. His children were all Ivy League-educated - one a doctor and another a lawyer.

Mr. Grasshopper would talk derogatorily about Mr. Desi Ant, mimicking his accent, his gruff mannerisms, and his lack of education. Mr. Desi Ant would like to spend time with us youngsters and share stories of people he had driven and things he had seen. More on that some other day. He had a great story on the market crash of 1987.

Then one July a US Congressman cast doubts on the firm’s solvency.