Bleak Expectations Of A Revival 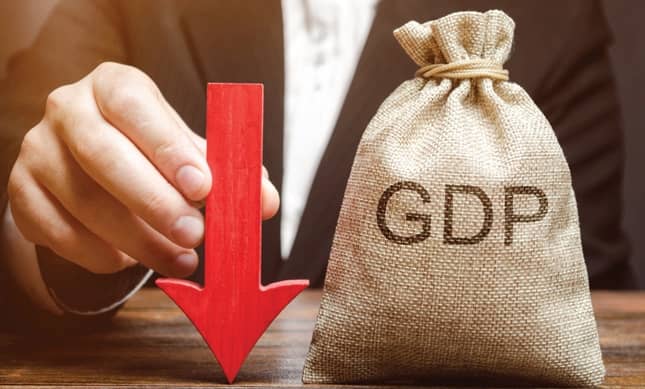 Is Prime Minister Narendra Modi’s Atmanirbhar Bharat package a baggage for the stakeholders?

As expected, India’s fourth-quarter Gross Domestic Product (GDP) has slowed down to 3.1 per cent, lowest in last 11 years, data released on the last Friday of month revealed. This number fully reflects the slowdown, which the economy has been going through in the last two years and it also amply highlights the importance of a demand-led recovery for sustainable future growth. This number is more important than a quarterly number. Because this number would be the base against which the impact of the lockdown and consequent demand destruction, loss of productivity and employment would be mapped. What could be the fall from this level is the question that would be asked.

In this backdrop, we need to dissect the much talked about “Atmanirbhar Bharat” package worth ₹20 lakh crore announced by Prime Minister Narendra Modi on May 12 and need to do thread-bare analysis of its adequacy and relevancy.

Commenting on Q4 GDP numbers, Upasna Bhardwaj, Senior Economist, Kotak Mahindra Bank, says, “The number partly reflects the sudden halt in economic activity led by the COVID-19-related response. While the slowdown in economy was already underway, the COVID-19-related disruption has further exacerbated the issue. We expect the Q1FY21 to record a sharp contraction of over 14 per cent, with only a gradual recovery thereafter. For the year, we continue to expect contraction in GDP (over 5 per cent). Accordingly, expansionary fiscal and monetary response will have to continue to aid the economy.”

If the expansionary fiscal and monetary response have to continue from policymakers, through the year, do we have that economic and financial might-to-fight-out the after-effects of COVID-19? Looking at the PM’s Atmanirbhar Bharat package, and the lack of enthusiasm post the announcement, the going seems to be difficult.

The Atmanirbhar package is comprised of measures amounting to 4 per cent of GDP, which has been undertaken by the Reserve Bank of India (RBI). The direct fiscal impact of the reforms however comes to around ₹2 lakh crore only (1 per cent of GDP). The measures announced have been a mix of short and long term, with focus on building the capabilities for small players in the economy as well as paving the way for structural changes in certain sectors. However, the package does not do much to boost consumption in the short term and that could act as a drag on growth.

But has the massive economic package come at the right time and will it have the desired impact?

Devang Mehta, Director, Equities, Centrum Wealth Management says, “The government will probably be looking to address, a number of challenges, faced by a host of sectors, at an appropriate time. Once the lockdown ends, the exact extent of monetary and business pain would be known. While some sections of the population are yet to receive relief, we must understand that no one knows for sure when the pandemic will end and economic operations will fully return. However, the timing to address these issues has to be apt and it cannot be too little and too late. Structural reforms for land, labour, law and liquidity are clearly the need of the hour. The government seems to be conserving resources at its disposal to be ready to invest more at a later appropriate time.”

Soumya Kanti Ghosh, Group Chief Economic Adviser, SBI, explains, “We estimate that the revenue loss for the Centre after taking into account of gains from excise duty hike and DA freeze comes to around ₹6.53 lakh crore. However, the government has announced additional borrowing of ₹4.20 lakh crore for FY21. As per our estimates, a total of ₹4.36 lakh crore is still the uncovered loss for the Centre even after the additional borrowing.”