‘YOGHURT' IT RIGHT, DESSERT IS DAHI 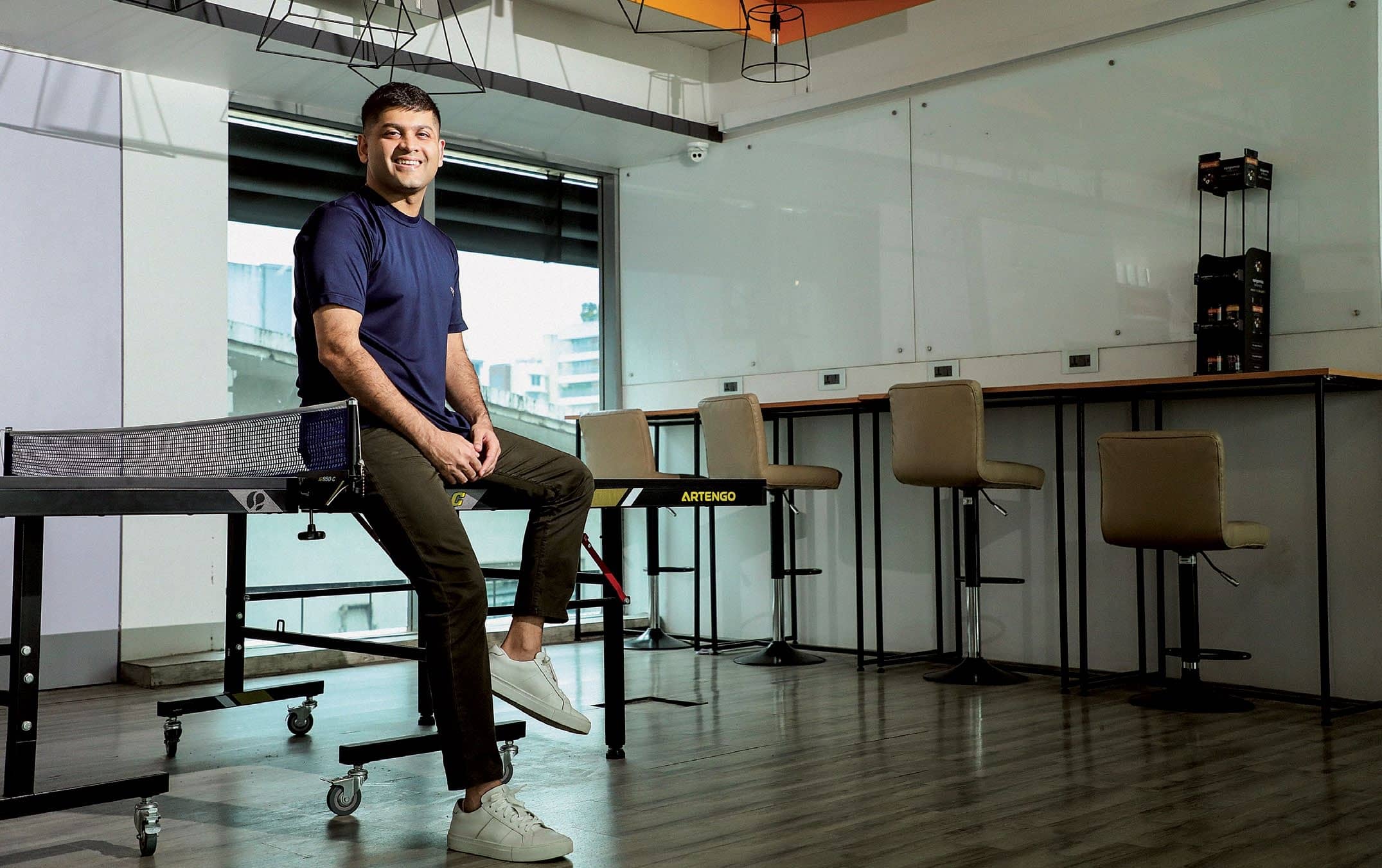 Epigamia has become eponymous with flavoured yoghurt in the country, by transforming the humble dahi into a gourmet lifestyle offering.
Shruti Venkatesh
It’s a cut. Deepika Padukone is at work, revisiting a take she just shot. As she does that, she’s also intently snacking on a cup of yo-ghurt. That’s what the Bajirao Mastani star digs into during quick work breaks — she calls it her ‘happy balance’. The 10-second ad did not have a single dialogue, but the message was clear, and the ad, a hit. Epigamia’s tasty snack — humble dahi in delectable flavours — delivers nutrition to those who are short on time.

The 37-year-old co-founder and CEO of Drums Food International, parent company of Epigamia, narrates how a four-year-old yoghurt brand became a rage, big enough to win the Bollywood star’s investment and brand ambassadorship. “Entrepreneurs need to keep throwing darts, each successive one closer to the target. That is what we did,” explains Rohan Mirchandani, the man better known as the founder of once popular ice cream parlour chain, Hokey Pokey.

Founded in 2007, Drums Food — co-founded by Mirchandani, Ganesh Krishnamoorthy, Rahul Jain and Uday Thakker — has seen its share of ups and downs. The four had set out to open a dessert lounge in Mumbai with an investment of ₹1.5 million. It was unique, fun and an indulgence. A customer could choose the scoop of ice cream and toppings that ranged from cookies and chocolates to brownies and gems — a completely customised dessert, one of the first ones in the city.

Even as the ‘ice-cream lounge’ attracted customers and more outlets were opened, the founders realised that the brand’s topline was not growing. The premium positioning was its Achilles’ heel. “It was more of a celebratory brand. So, we would see good walk-ins during weekends, but the stores would be empty during weekdays,” recalls Mirchandani. They had to get more volume.

That’s when they turned the ice cream into an FMCG product. In 2014, Mirchandani set up a 2,000 square feet warehouse, and released Hokey Pokey’s best-selling flavours in stores. Within a year the 600 outlets were contributing 70% of its revenue, while 30% came from the parlours.

The success was, however, shortlived. With the onset of monsoon, sales saw a sharp dip, and since the business was entirely dependent on one product, revenue growth came to a standstill. It was time to go back to the drawing board, this time to find a product that was not so seasonal.

The founders already had a few insights from their interaction with customers at the parlours. One, ‘healthy’ was becoming the buzzword. Second, their ice cream was working because it was fresh and had no preservatives. That helped them pin down a few options, one that also included frozen pizzas. But pizza and ‘healthy’ didn’t seem the best combo. Yoghurt felt like the perfect proposition.