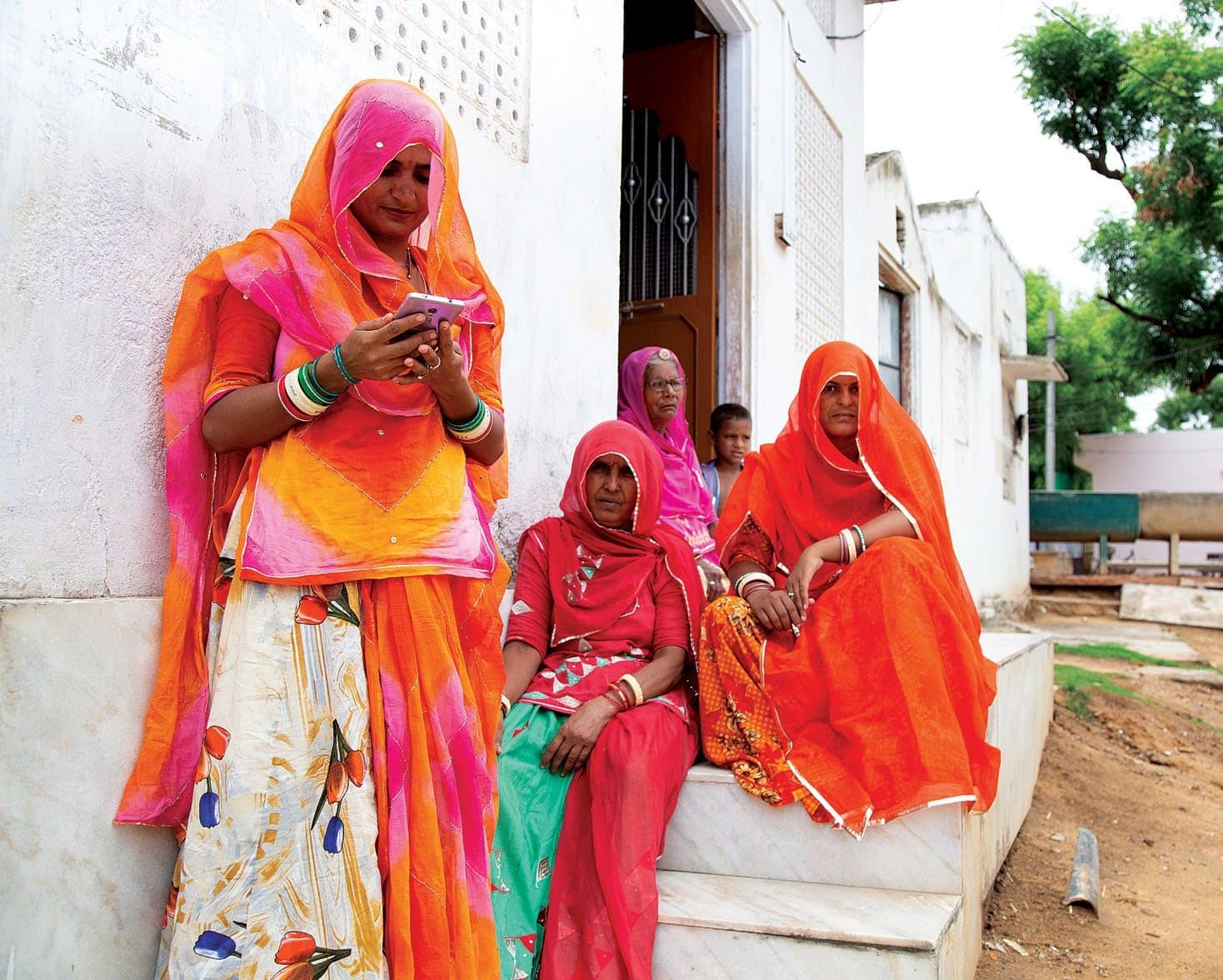 A HOST OF START-UPS HAVE SET UP SHOP IN REGIONAL LANGUAGES — FOR A BHARAT THAT’S MUCH BIGGER THAN INDIA.

Shruti Venkatesh
After a long day at work, 38-year-old Jainam Shukla would often look for ways to unwind — meet friends at the street corner, mindlessly browse social media or just stay bored at home! His wife Poonam and eight-year-old daughter Shikha would be busy watching television, but the shows did not interest him. As a security guard at a private company in Sinhasa, a small town in Indore district, he could not afford a Netflix or Hotstar subscription.

But over the past two months, Shukla has found a new entertainment — a gaming app called Hello Play. On it, he plays carrom and snakes and ladders, and the app interacts in his native language, Hindi. Needless to say, he is hooked.

There are millions like Shukla and, to cater to this crowd, many startups have come up with platforms that ‘speak’ in regional languages. There are video news platforms such as Awaaz India and Dailyhunt, information portal Vokal, social media platforms ShareChat and Khidki, and language-as-a-service (LaaS) firm Reverie. It doesn’t end there. The list is long and impressive.

What’s more impressive is that these start-ups have already caught the interest of several private equity and venture capital firms (See: Surge in interest). According to Nandan Venkatachalam, investment manager at Axilor Ventures, there are four trends playing out — “Integrating dialects, increase in regional commerce, local/regional advertising and usage of deep tech for content curation.”

These are riding on the unbelievable increase in internet usage. A recent RedSeer study titled Vernacular is NOW, not the future notes that the number of internet users in the country has touched 530 million, at a run rate of 65 million per year over the past two years. An incredible leap from adding just 8 million users per year from 2000-2009. By 2023, we are expected to have 850 million logged in. “The number of monetisable users, based on consumption power, is expected to rise from 260 million in 2018 to 400 million in 2023,” says Ujjwal Chaudhry, director, RedSeer Consulting.

Cheap smartphones and data, first from the onslaught of Chinese phone manufacturers and the latter with the launch of Jio, have made this happen. RedSeer’s report adds that data costs fell by 93% after Jio, improving both accessibility and affordability. People such as Mohan Tiwari and Shiva Surampudi are beneficiaries. Tiwari, a 37-year-old security guard says that staying awake during night shifts has become much easier, as he can browse social media, talk to family or even watch films. “Kal hi Manoj Tiwari ki film ‘Damad Ji’ dekhi mobile pe, bilkul free,” he says with glee. In the same neighbourhood, Surampudi, a 24-year-old resident says that he has discontinued his broadband subscription, as Jio offers more data for less. “Jio’s portable hotspot is also useful while travelling,” he adds.

Granted that regional advertising does not get a mighty chunk of advertising spend today, but industry experts expect this to change rapidly with these new start-ups. “Any medium has always had to go regional to scale up. It’s the only way to extend one’s consumer base,” says Duggirala. In fact, even the biggies are taking note. Satya Raghavan, director - content partnerships at YouTube India, was quoted saying, “If you are not thinking about a language layer in your business then you are fundamentally missing a starting point… the next 300 million bunch is the language consumer.”

E-commerce giants Amazon and Flipkart also launched Hindi interfaces in November 2018 and September 2019 respectively. While it’s too early to track the success of these changes, the RedSeer report says that last festive season, sales for e-commerce platforms jumped by 30%, driven by consumers in Tier-II and Tier-III cities.

In India, there is a long list of start-ups that are waiting to grab this opportunity with ‘authentic’ and localised services, and Outlook Business caught up with six of them. We must add that they are still at a nascent stage and their revenue models haven’t fully been fleshed out yet.