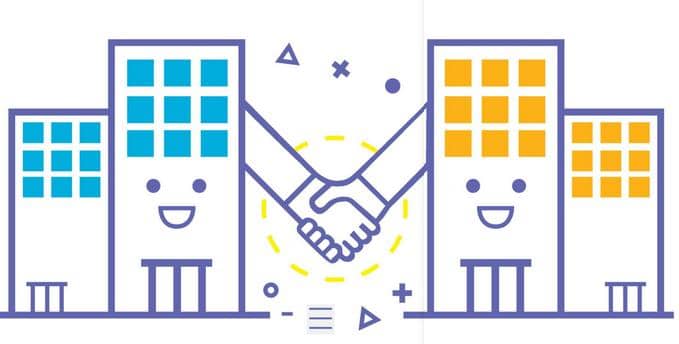 If you ask us, Icarus wasted his time sticking wax onto feathers. He should have simply moved to India, built a logistics app (since he was looking for a mobility solution) and waited for demonetisation and Goods and Services Tax (GST) rollout. Wait, what? These disruptive changes brought many sectors and companies crashing to the ground! Yes, that is true. But they also gave wing to many B2B startups. Udaan became a unicorn in the shortest time, in three years since its founding. A handful of other start-ups, including Rivigo and Delhivery, too, got billion-dollar valuations. In June 2019, IndiaMART, which runs a marketplace for businesses, saw an impressive listing — 21% premium over its issue price of #973. Within three months, its price doubled and today, its market cap is at $0.8 billion. Internet firms rarely see such success on the trading floor. The company, founded in 1996 by Dinesh Agarwal as an exports marketplace, made a clever pivot to the domestic market in 2008. Today, the listing platform has more than 130,000 suppliers. “In the early 2000s, China began to dominate international trade, which directly impacted Indian exports. At the same time, domestic consumption started to grow. That’s when I decided to change our market focus,” says Agarwal. Of course, this two-decade-old company is a bit long in the tooth to be a startup, but its success is illustrative of the optimism around the B2B segment in India.

SHOW ME THE MONEY

These start-ups largely serve small and medium businesses (SMBs) in the country, and a recent report by Zinnov says that these businesses will have nearly 7x the money to invest in about five years. India is home to around 75 million SMBs — accounting for nearly 40% of the nation’s GDP — and generate 180 million jobs currently. The report estimates that they will spend around $14-16 billion on productivity, communication, discoverability and payments solutions in 2019 and this figure will rise to $105 billion by 2024 as the SMB base expands. It pegs the SMB digitisation opportunity alone at around $80 billion over the next five years. No wonder that there is a huge spurt in the number of start-ups addressing this opportunity.

The good times began in 2016 with Reliance Jio’s cheap data plans, which brought nearly everyone from your fifth-generation grocer to the first-generation electronics-store owner online. Smartphones became affordable too. Then, the note ban (affectionately called ‘de-mon’) forced smaller businesses to adapt to digital payments (or perish) and finally, in 2017, GST brought order in this disorganised sector. It not only improved the ease of transporting goods across the country but also improved the overall transparency levels.

“GST was definitely an accelerator because what was a state-driven infrastructure has now become pan-India,” says Rahul Garg, founder and CEO, Moglix. The firm, which began operations in 2015, has built an e-commerce platform that caters to about 500,000 SMEs across 45 product categories, and has raised around $100 million from investors including Tiger Global, Sequoia India and Accel India. WhatsApp and Facebook had become verbs by then, and Flipkart and Amazon were as familiar as the neighbourhood store. “But many didn’t think it was possible to sell steel, plastics and polymer online,” says R Narayan, founder and CEO, Power2SME, a company founded in 2012 that helps SMEs across construction, manufacturing and engineering sectors to reduce procurement costs. It clocked revenue of #10 billion in FY19 and has raised $60 million in funding,

Narayan says that manufacturers initially refused to work with them. “They would connect us with a distributor and say let’s do this as an experiment and see how it goes. It was only after we built volume that they began to see the value proposition of working with us and having an online presence,” he says.

However, B2B also has an advantage over customer-facing companies. For one, there is loyalty. “It is not easy to find your first customer,” says Rajesh Yabaji, CEO, BlackBuck, “but once you do, they tend to stick around for at least a year or two.” His company, founded in 2015 and valued at $950 million, provides logistics services through a trucking platform. He connects shippers with available truckers and also facilitates payments. “The decision by shippers to stay on the platform is based more on consistent user experience, and not just on initial discounts or pricing,” he adds. He should know, since BlackBuck has over 300,000 truck owners on its platform and counts Asian Paints, Coca-Cola, ITC, Tata Steel and Hindustan Unilever among its clients.