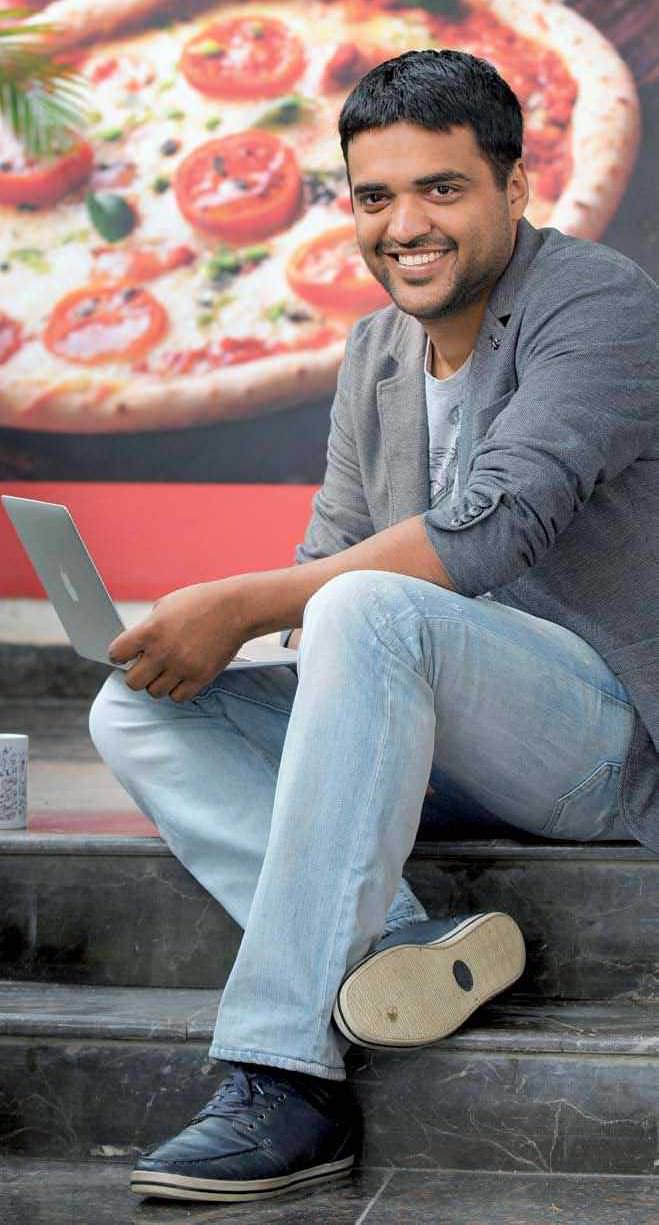 Young, college drop-outs, casual, competitive, and reasonably arrogant. A new breed of CEOs is set to rule the technology sector.

From within the office, one hears a monotonous, almost drill-like noise of several keyboards clacking away at a vigorous pace, interspersed with moments of raucous laughter. I peep into notice several young men, many of them dressed in shorts and seated atop tables, participating noisily in an animated conversation. I am at the first-floor office of an interesting startup in Andheri, several minutes ahead of schedule. Called Truebil, this virtual marketplace company has entered the disorganised and dodgy space for used cars. But the company does everything, sending automobile engineers to meticulously jot down every detail and provide an objective valuation of the car to taking care of the tasks of paperwork, loan and insurance. Started in March this year, it operates in Mumbai and Delhi, and has already raised $500,000, and, we are told, is in the process of securing another round of funding: about $7-10 million.

I am still waiting for the CEO, Suraj Kalwani, at the office reception, when a young man comes to inquire about me. I had seen him a few minutes earlier, when he had appeared at the doorstep dressed in a T-shirt and rolled up denims and carrying with him an umbrella, having just disembarked from an auto-rickshaw. Shaking his hand, which he demurely offers, I explain to him the purpose of my visit.

“You don’t understand,” I explain to him again.“I am here to meet the CEO.”

“But,” the young man in the red-and-white striped T-shirt replies, clasping my hands even harder. “I am the CEO.”

If one argues that the centrality of religion in our lives has come to be replaced by commerce, that the latter now provides the same sense of higher meaning and purpose, then our high priest is now the man at the top of the organisational chart: the chief executive officer. All-powerful and inspirational, he is mostly a middle-aged man with greying hair, or occasionally a woman, always attired in a business suit, arms crossed and shoulders square, gazing at us from newspaper photographs and offering quotable aphorisms on success. These are powerful people, we are told, who bear the weight of organisations and live in the cross-hairs of demanding investors and impatient customers, and who with their singular vision and ideas make or break billion dollar companies.

This stereotype has considerably changed in the West, where several youngsters barely out of college have begun to run some of the most dynamic tech businesses. Peter Thiel, the superstar venture capitalist who has been an early investor in companies like Facebook, LinkedIn and Yelp, is believed to have even issued a blanket rule—never invest in a company whose CEO wears a suit. But in India, this has never been the case. CEOs often come from the families that own the business, and even those with no familial links with the enterprise have steadily ascended a corporate hierarchy, spending decades in various departments and verticals until deemed fit to take over as top bosses.

But now as the internet and mobile app industry in the country witnesses a boom, a rather different breed of CEOs is emerging. Incredibly young, many of them barely out of college, these are CEOs who dress casually and are scornful of grandiose management rhetoric. Some of them are shy, and many exceptionally combative. They’d much rather sit in front of a computer all day than attend a business meeting. The ‘kid in the hoodie’ CEO is gradually becoming the gold standard for startup leadership in India as well.

Ritesh Agarwal, the 21-year-old founder and CEO of Oyo Rooms, a virtual marketplace of branded budget hotels in the country, has the unkempt appearance of someone who pulls in several nights in the office. Tall and wiry, with just the early beginnings of a beard, he keeps a dishevelled look. In the span of just two years, Oyo Rooms has gone from just a single B&B (bed and breakfast) property in Gurgaon on its online platform to around 13,000 budget hotel rooms across 80 cities. According to him, they now get around 400,000 bookings per month. He has raised $125 million this year alone, the latest sum of $100 million (almost Rs 640 crore) invested by the Japanese telecom and internet major SoftBank, which was announced a few days ago. That makes the 21-year-old drop-out the head of a company with investments worth almost Rs 800 crore. SoftBank’s investment in Oyo Rooms is its fourth in India, after having invested in other well-known startups like Snapdeal, Ola and Housing.com

Agarwal’s story is quite incredible. Born in Bissam Cuttack in Odisha’s Rayagada district, his was one of the few houses in a village that owned a computer. He developed an interest in it, according to him, in his early childhood around the age of eight and gradually became passionate about software coding. He moved to Kota to prepare for the IIT entrance exam—a big deal, he says, because hardly anyone from his village even travelled to Bhubaneswar for studies. But as he attended coaching classes, he realised these tutorials were not interesting enough. So he dropped out and travelled to Delhi, which he was anyway frequenting to attend conferences on startups, and began to live in a barsati.

He went broke several times during this period, even having to sleep on the stairs leading to his barsati because he had not coughed up the rent on time. When he was still around 17 years old, he had scraped some money together to found a portal named Oravel, an Indian version of the popular US-based online rental website Airbnb. He spent around three months in around 100 B&B (bed and breakfast) properties, sometimes convincing the owners to let him stay for free, and on other occasions paying for the accommodation, to better understand the nuances of the market. But the idea didn’t quite take off. “The problem,” he explains, “was of standardisation. You had no control over the hotel and the service it provided.”