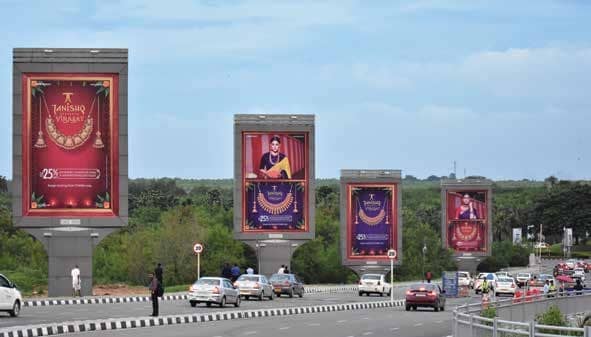 Titan Company launched an extensive campaign to promote Tanishq’s ‘Virasat’ collection ahead of the Diwali festivity. Sharing her thoughts on the campaign, Deepika Tewari, Associate Vice President – Marketing, Jewellery Division, Titan Company Limited, said, “Each Diwali is a testament of the tradition that has been passed down from one generation to another and have been followed each year with equal vigor. This collection is a tribute to the innumerable ‘Rivaaj’ or traditions that are followed by us, especially that of buying gold and hence the name ‘Virasat’. We sincerely hope our exclusive festive offers along with our grand new Virasat Collection will add a bit of sparkle to everyone’s life. At Tanishq we wish everyone to be a part of Rivaajon wali Diwali, Tanishq waali Diwali”.

Commenting on the campaign rollout, Naresh Bhandari, COO, OMI, Laqshya Media Group said, “Diwali and Tanishq are essentially connected to each other. Buying gold during Diwali is a tradition across the country. This Diwali, Tanishq sought to have higher visibility in the OOH space. Our team took up that challenge, and we were able to create a big impact on the campaign rollout.”