‘If Our Concessionaires Win, Then We Win' 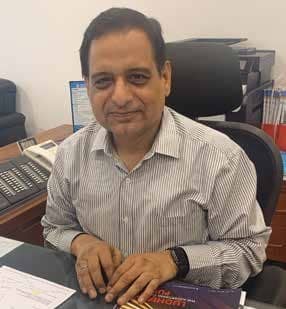 As the largest Metro network in the country, Delhi Metro Rail Corporation (DMRC) has many firsts to its credit. The Metro network clocks ad revenues in the range of Rs 150 crore per annum and is bullish on increasing the ad revenues through station cobranding and other innovative means. A K Garg, Director (Operations), DMRC talks about the advertising aspects. Edited excerpts:

On December 24, Delhi Metro Rail Corporation (DMRC) completes 17 years since it's Metro service became operational. The largest Metro network in the country, covering 389 km and serving 285 stations, has grown multi-fold in terms of commuter traffic and revenues including non-fare revenues that include advertising. The Metro media offers a whole gamut of formats for advertising – with both static and digital displays, as well as brand activation opportunities. Overall, the DMRC media is being consumed by some 60 lakh commuters every day.

DMRC earns roughly 40% of its non-fare revenues from advertising, which adds up to some Rs 150 crore per annum. Stating that the ad revenue source is vitally important to the Metro operations, A K Garg, Director (Operations), DMRC, says, “We have been mandated by the Government to earn a return on the property and figure out ways to keep the Metro fare minimum for the masses. Hence, we look for other means to earn revenues and advertisement is a fine way to earn the additional income”.