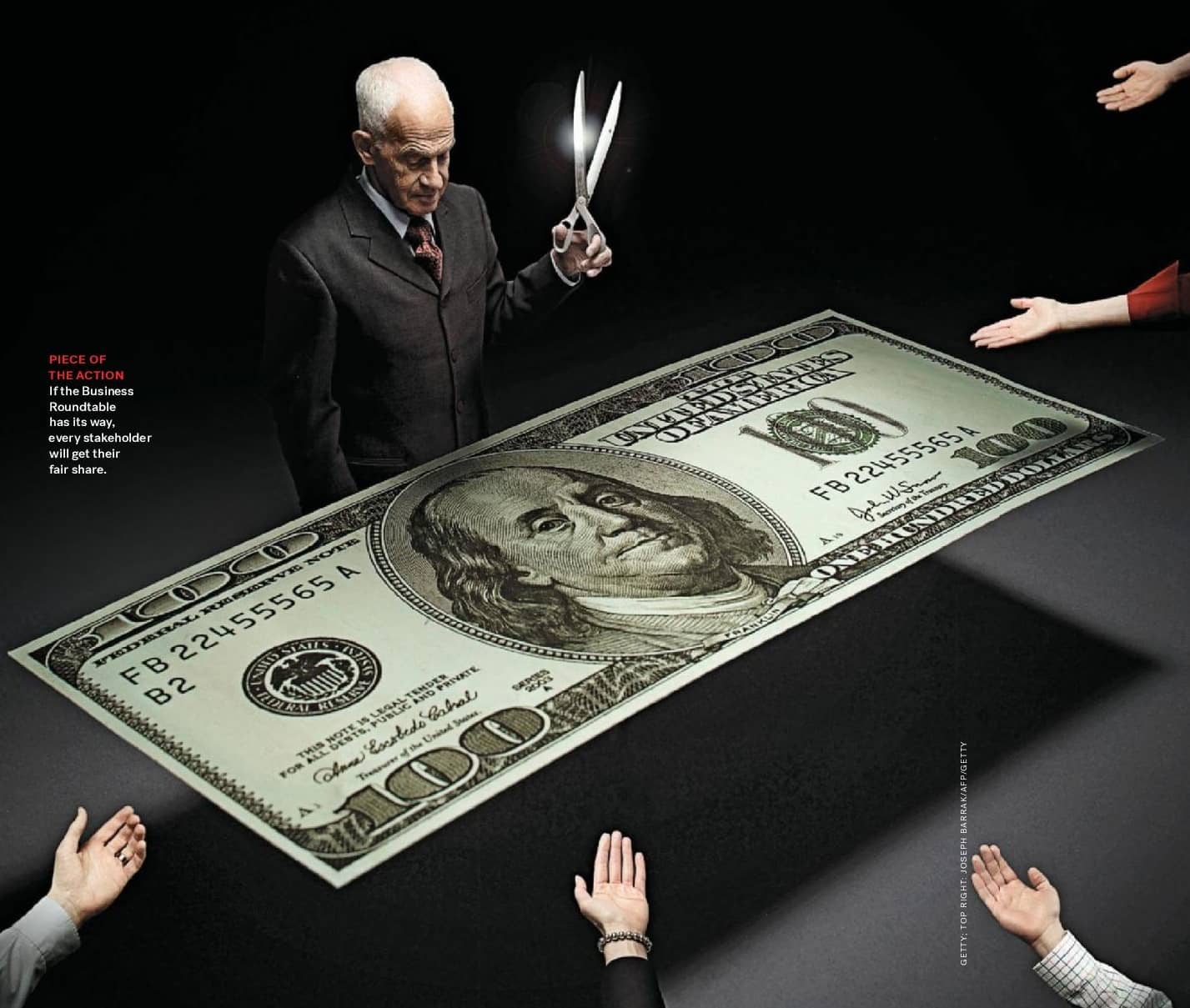 CEOs declared they were no longer in a monogamous relationship with investors. But who were they really breaking up with?

YOU HEARD THE NEWS. THE BUSINESS Roundtable, an association of 192 top CEOs, recently made a splash when it announced that, in addition to making money for shareholders, the purpose of corporations is to deliver value to customers, invest in employees, deal fairly with suppliers and support communities. The media absolutely swooned. Los Angeles Times even called it a “shocking reversal.”

But as with many things, once you wait a few days to let the words settle in, it’s not all it seems. Certainly for those who read Fortune or Harvard Business Review or the McKinsey Quarterly—admittedly not a lot of you—the policy declaration is by no measure a reversal of anything significant. It’s simply a recognition of a shift that has been a long time in the making. In reality, it probably won’t make much of a difference in how these, and other American companies, do business.

After all, it doesn’t seem like it should be a big deal to say that customers, employees, suppliers and communities matter. My guess is that most of us already assumed companies cared about the folks paying the bills. (Unless, of course, it is an airline dragging a customer off the aircraft and back into the terminal.)

What the CEOs didn’t talk about is more important than anything in their declaration a few weeks ago: For almost 50 years, American chief executives have loosely followed the Friedman Doctrine. That doctrine, taken from a 1970 essay by Nobel-prize winning economist Milton Friedman entitled “The Social Responsibility of Business is to Increase Profits,” says, “there is one and only one social responsibility of business—to use its resources and engage in activities designed to increase its profits…” For America’s top C-suiters to acknowledge publicly that Friedman was actually wrong about something was, yes, extraordinary.

But then again, Friedman’s article was an equally big deal at the time. It was a response to a wave of post-World War II social activism by business leaders, including Robert O. Anderson, CEO of ARCO, who along with Walter Paepcke, chief executive of Container Corporation of America, founded and led the Aspen Institute to further their vision of business and business leaders participating actively in society, particularly through philanthropy. To Friedman, though, executives like Anderson and Paepcke were spending “someone else’s money.”

Friedman saw social responsibility as a slippery slope, one that would lead to “pure and unadulterated socialism.” Friedman’s work and that of others like Michael Jensen laid the groundwork for the shareholder value movement of the 1980s, associated in the public mind with ferocious profit hunters like Sunbeam, Scott Paper chief executive “Chainsaw” Al Dunlap and “Neutron Jack” Welch, longtime CEO of General Electric.