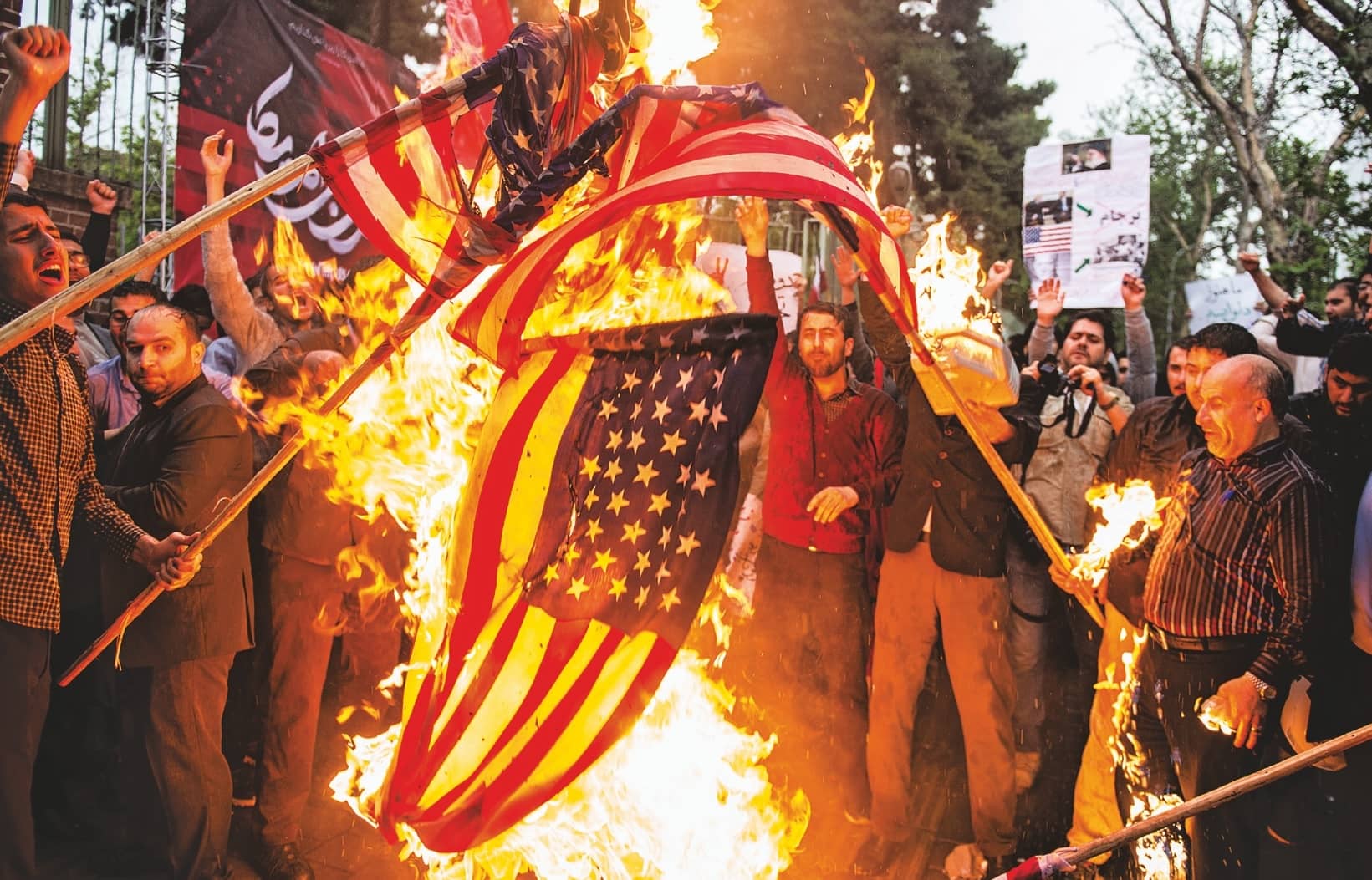 How Donald Trump’s “maximum pressure” Iran policy is leading the U.S. into another war

As they played the tree-studded course on the banks of the Potomac River, Graham assured Trump that Senate Republicans had his back on the formal impeachment inquiry underway in the House. But Graham’s principal message that day focused on Iran—namely the need to punish the Islamic Republic militarily for what Trump and many others believe was its drone-and-cruise-missile attack on two major Saudi Arabian oil facilities two weeks earlier.

“Make Iran pay a price,” Graham, appearing the next day on CBS’s Face the Nation, recalled urging Trump. The South Carolina Republican said he also told the president that last-minute orders in June to call off a planned attack in retaliation for Iran’s downing of an American drone had failed to moderate Iran’s behavior. “You had a measured response when they shot down the drone. It didn’t work, Mr. President,” Graham told Trump. “They’re running wild, the Iranians. Put ’em back in a box.”

So far, Trump has held his fire, wary of igniting a much wider Middle East war that some supporters warn could sink his chances for reelection. But analysts say the region is headed for a major conflagration despite the president’s restraint. Here’s why: Since last year, when Trump quit a 2015 nuclear accord that he castigated as a “bad deal,” he has bludgeoned Iran with sanctions that have drastically reduced its oil exports, sending both inflation and unemployment soaring. With characteristic bluster, Trump predicts his so-called “maximum pressure” policy will force Tehran to return to the negotiating table, where it will have no choice but to swallow tighter controls on its nuclear and regional ambitions.

But despite its economic hardships, Iran has responded with its own campaign of maximum defiance. Tehran’s actions have included the harassment and seizure of oil tankers near the Persian Gulf, a halt to its compliance with some provisions of the 2015 accord, the downing of a U.S. drone and, most recently, the attack on Saudi oil facilities—a dramatic escalation that has taken 5 percent of the world’s oil supplies off the market in one fell swoop. “If one day they want to prevent the export of Iran’s oil, then no oil will be exported from the Persian Gulf,” warned Iranian President Hassan Rouhani.

Middle East experts fear that as long as Trump maintains his crippling sanctions, the U.S. and Iran will remain locked in an escalatory cycle that will lead to a major military confrontation.

“President Trump has shown he’s a national security minimalist who is not likely to rush into a war,” Ryan Crocker, a former U.S. ambassador to Lebanon, Syria, Iraq, Kuwait, Afghanistan and Pakistan, told Newsweek.

“The problem is that he and his team are pursuing a maximalist sanctions policy that the Iranians interpret as a policy of regime change. So they’re going to be inclined to deliver a maximalist response that the president isn’t prepared to deal with.” 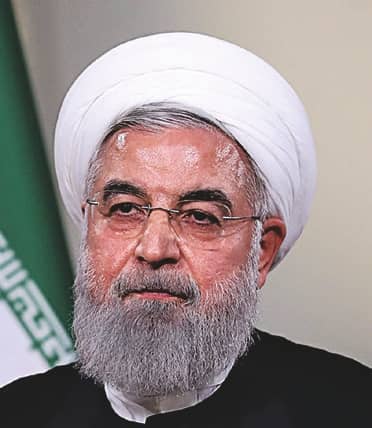 According to Patrick Theros, a former U.S. ambassador to Qatar, Iran’s campaign of defiance is based on a two-decade-old strategic assessment that it cannot stop U.S. naval forces from securing the Strait of Hormuz, the narrow channel controlling the sea lanes in and out of the Persian Gulf; nor can it prevent U.S. airstrikes from destroying the country’s vital infrastructure. So, Theros says, Tehran devised a strategy that would hurt the U.S. by targeting the world economy’s dependence on Persian Gulf oil and gas. Starting around 1990, Theros says, Iran built up its missiles and amphibious forces so it could destroy the oil production and export facilities of Saudi Arabia, Qatar, the United Arab Emirates and Kuwait, all members of the pro-American Gulf Cooperation Council or GCC.