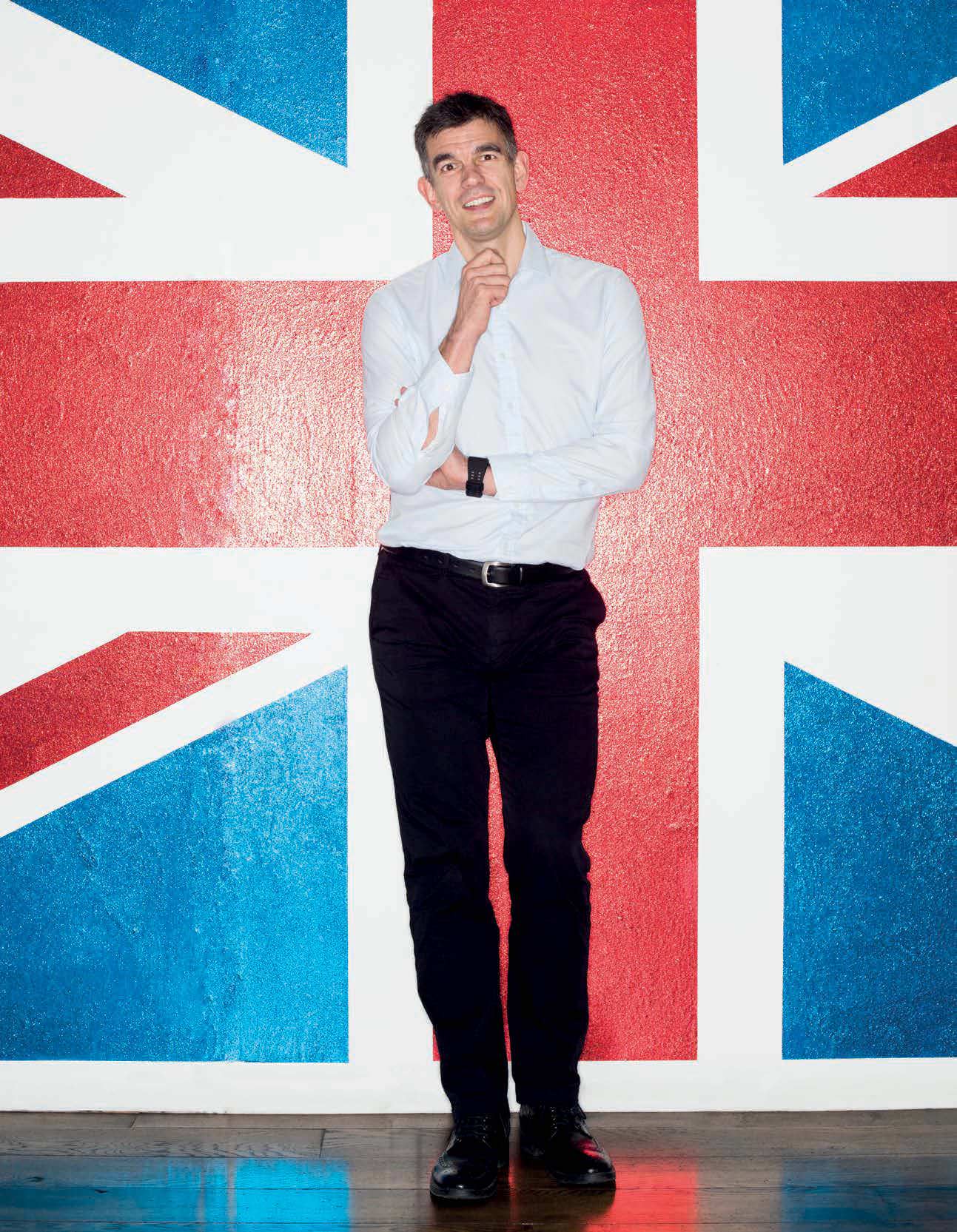 Being a boss at the most powerful tech company on the planet is a prized job. But it brings its own set of challenges as Google’s EMEA president has found out – from ethical dilemmas to facing questions from MPs about tax and his salary.

Had I been researching this article 20 years ago, it would have been a considerably more arduous process than it remains today. The task would have begun with a trek up to the Press Association library on London’s Fleet Street and a request for the files on Matt Brittin, Google and its commercial rivals. The brown manila folders would have taken half an hour to arrive from the filing cabinets and contained a large number of carefully folded newspaper articles. (All would have been in English.) I would carefully have unfolded each one, read it, and if it was of interest, placed it to one side for photocopying.

Such numbers bring their own sifting problems. What is wheat and what is digital chaff? It is one thing having so much information at your fingertips but judging which bits are relevant to you, the reader, is another matter altogether. Who has decided which are the most important citations? Who knows what proportion of those results are post-truth, fake news? But you cannot take it away from Sergey and Larry. What Google has achieved since its creation in 1996 is quite amazing and, as such, it is probably the most important company to have been created since the Second World War.

Although not based in the all-controlling Californian Googleplex nerve centre, Brittin’s looks like a pretty great job. He’s a big cheese, the most senior boss outside the United States of what is now the largest company by enterprise value on the planet. It vies with Apple for the top slot on capitalisation. Google is smart, leading edge, hugely profitable and, of course, it does – or did – ‘no evil’. Its London office just behind the mega building site of Tottenham Court Road is hip in a slightly laboured fashion. The free lunch is tasty but someone should tell the interior designer that green shag pile should be kept in Austin Powers’ boudoir and isn’t suitable for areas of high footfall. (‘It’s five years old and it still looks all right,’ he protests.) A new Thomas Heatherwick phantasmagoria in King’s Cross awaits London Googleistas.

Google consistently tops lists of companies millennials would love to work for. According to PayScale, 86% of Google employees say they are either extremely satisfied or fairly satisfied with their job. The 64,000 employees get free meals, generous paid parental leave by US standards – and are allowed flexibility to work on their ‘passion projects’. Google’s former head of HR Laszlo Bock has said that its mission ‘to organise the world’s information and make it universally accessible and useful’ is ‘a moral rather than a business goal’. What’s not to like about all this?

But, however well-meaning, Google’s market dominance, ostensibly stateless nature and omnipresence leads it into controversy. Those soaring revenues – $90bn last year which have turned the world of advertising upside down and helped trash publishing – combined with super-confident, curious minds get Google onto everyone’s turf: into mapping, autonomous cars, phones, wind farms, delivery drones, smart contact lenses, hot air balloons, robotic cheetahs, genome storage, disrupting the music and TV industries with YouTube, even ‘curing death’. (‘Larry is restless about the numbers of problems that have insufficient numbers of people working on them,’ explains Brittin. ‘Driverless cars can’t be argued with when you have a million road deaths each year. Computers can drive cars more safely than humans.’)

As it has matured, it has been forced to accept a curatorial responsibility. What does it do, for example, when a search to answer the question ‘Did the holocaust happen?’ brings up the site of a neo-Nazi organisation as the top answer? (The bizarre answer in this case is that Google donations to the Jewish Breman Museum in Atlanta fund an AdWords programme, which costs $2 a click in an attempt to outdo the Holocaust deniers and be placed first in the relevant search list.) It is a strange world filled with thorny problems, which do not have easy answers.

And there is now a perceptible tech backlash. Trump has certainly fed from it. Tech divides society as it stands accused of taking away jobs – first blue and now white collar. (It is noteworthy that it was principally tech chiefs who protested Trump’s January Muslim travel ban – Google’s Sergey Brin, from a family of Russian refuseniks, even appeared at San Francisco airport to join the demonstration.) Rival Facebook’s Mark Zuckerberg seems aware of this dilemma and has made the statesman-like promise to visit all 50 US states this year to listen and explain. And to us Brits, there’s something quite mysterious and hidden about Google, almost arcane like a sect. ‘They can come over a bit wide-eyed, like the Moonies and they just love their own Kool-Aid,’ says one observer who would rather remain nameless, as do most who express an opinion about the behemoth. But its market position is undeniably strong – it has 95% of the search market, depending on how you define that these days.