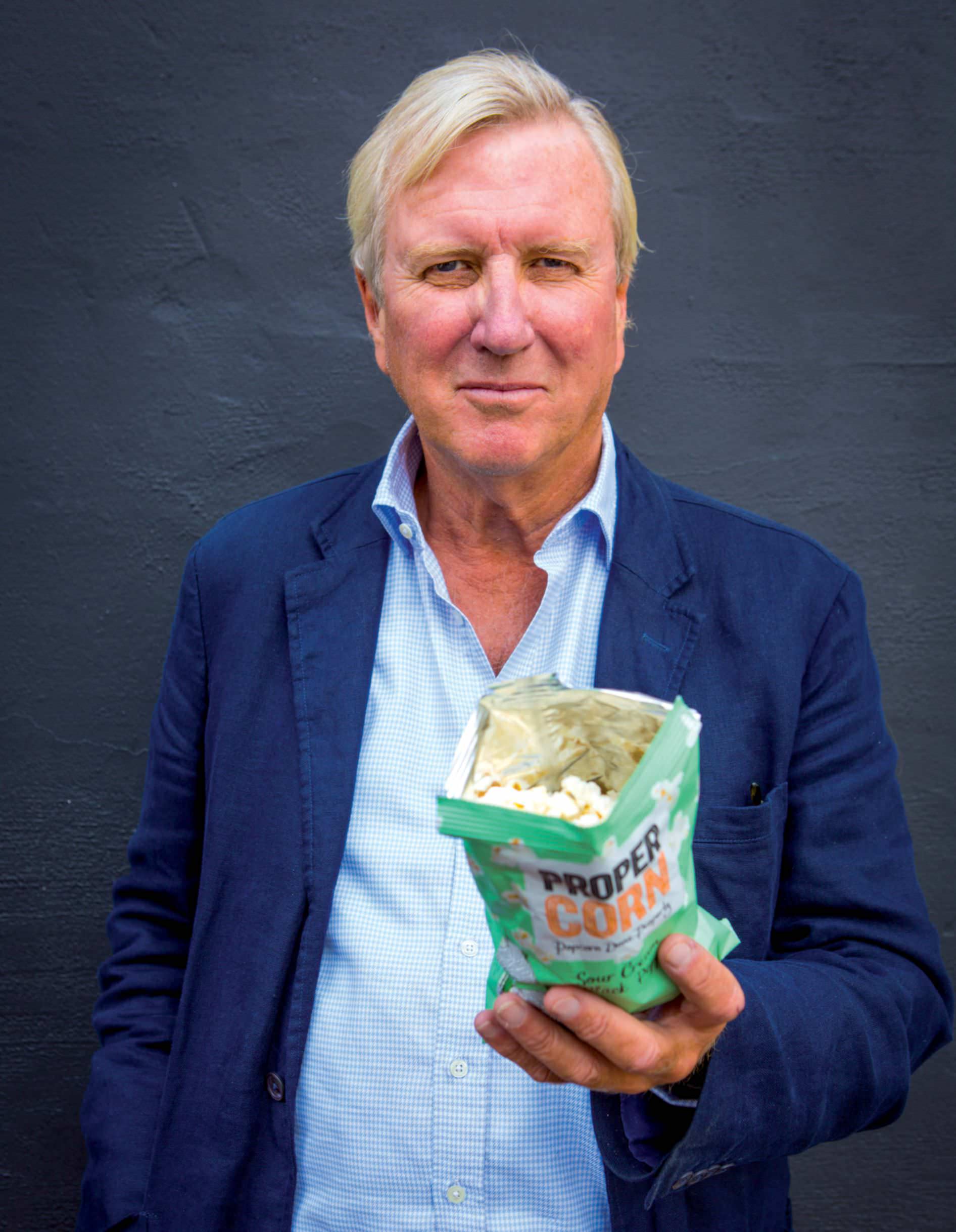 The founder of Pitcher & Piano and private equity firm Piper has an enviable track record as an investor in growing consumer businesses. What’s the secret of his success?

An affable old-school to off with a BoJo-esque barnet and dressed-down manner, Crispin Tweddell is about as far away from the stereotypical bloodless, buttoned-up private equity tycoon as you can get.

But don’t let appearances deceive you – despite the non-industry-standard rumpled jacket, faded red chinos and twinkly eyes, he’s a remarkable entrepreneur-investor who founded Pitcher & Piano in the 80s and whose backing helped take fashion brand Boden (from whose catalogue he may well still dress) from sales of £18m to £156m in the noughties. His Piper operation’s current portfolio includes Turtle Bay Caribbean eateries, posh dog food brand Forth glade and gourmet snack biz Proper corn (founded by MT’s 35 Women Under 35er Cassandra Stavrou) to name but three.

Nor is Piper’s HQ to be found in the rarefied financial enclaves of Mayfair or the City as you might expect, but rather in a shabby-chic back street just off boho Notting Hill Gate. Not a great deal cheaper these days, but a world away in terms of atmosphere. ‘We don’t need to be in the City,’ he says. ‘I live about a mile to the north and I have a choice of three buses to get here in the morning. I love it.’

Over the years he’s quietly developed an enviable reputation as the go-to guy for backing restaurants, fashion brands and other consumer businesses with a few years under their belts, looking to grow.

In a world where successful investing – like everything else – is increasingly down to having the right algorithm, Tweddell’s approach is reassuringly low-tech. ‘People in the business know that when they reach the right stage they will probably come and talk to us.

‘All the advisers and intermediaries know what we look for, too. That if the business is really well established and looking for £500m they will not come here!’

So what kind of business does press the Piper buttons? ‘We invest between £10m and £20m in businesses with about three years’ track record. We invest for about four years and over that period we aim for a 3x multiple. Given the level of risk, I think that’s a pretty reasonable return for out investors – they are in effect putting their money into a blind fund, they don’t know what’s going to happen.’

He runs a pretty tight operation with a hand-picked team of about 15, identifying and assessing businesses – typically those aimed at fairly well-heeled middle-England customers in what you might call the Waitrose set – with a view to taking a stake and getting involved.

‘We punch above our weight,’ he says proudly. ‘I remember asking someone to come and do a salary study and when they came in they said, “Where is everybody?” They expected to find lots of people, but we are lean.’

His mantra – ‘A business has got to be different and better, or what’s the point?’ – is backed up by a painstaking approach to keep failures to a minimum. ‘We only make about three investments a year, we like slow and we like thoughtful. We don’t like seat of the pants. There’s nothing that ends up in that awful term “rollout”. There are no cookie cutters here.’

In contrast to those investors who, as the saying goes, kiss a lot of frogs in the hope that one or two will turn into princes, Tweddell goes to some lengths to try and figure out the best prospects in advance. Consequently it’s a gruelling experience to have Piper run its slide rule over your business.