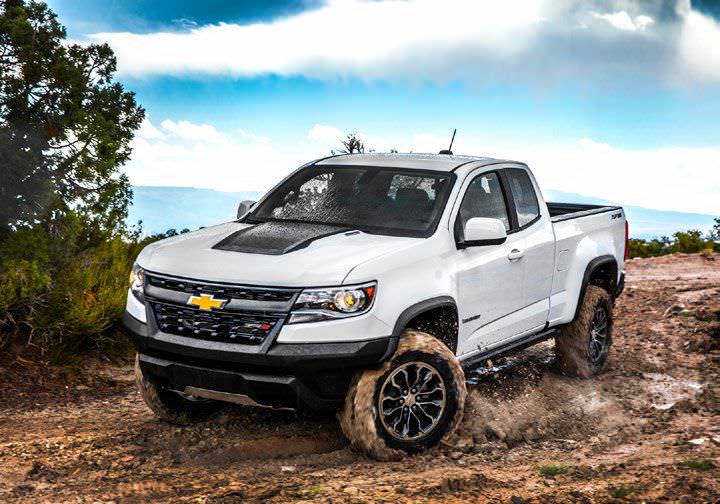 Trucks are hot and pickups that have the power and the chops to go fast, plus the engineering and body dynamics to go slow over rough and rocky terrain, are hotter than ever.

Chevy says its all-new 2017 Colorado ZR2 is in a “Class of One,” -- and it is. Competitors, such as the Ford Raptor and Ram Rebel are full-size trucks, and Toyota’s midsize Tacoma TRD is capable of extreme rock crawl, but does not have as much power on tap as the ZR2.

Chevrolet added the high-performance, off-road ZR2 trim level to the popular midsize Colorado lineup for 2017. The new truck targets off-road, desert-running, and rock-crawling enthusiasts shopping the compact pickup segment that starts at $40,995. This Colorado variant is available as a four-wheel-drive only in either an extended or crew cab (including long or short beds respectively).

The standard powertrain is GM’s 3.6-liter V-6 mated to an eight-speed automatic transmission. It gets 308 horsepower with 275 lb.-ft. of torque and an estimated fuel economy of 17/24 mpg city/highway.