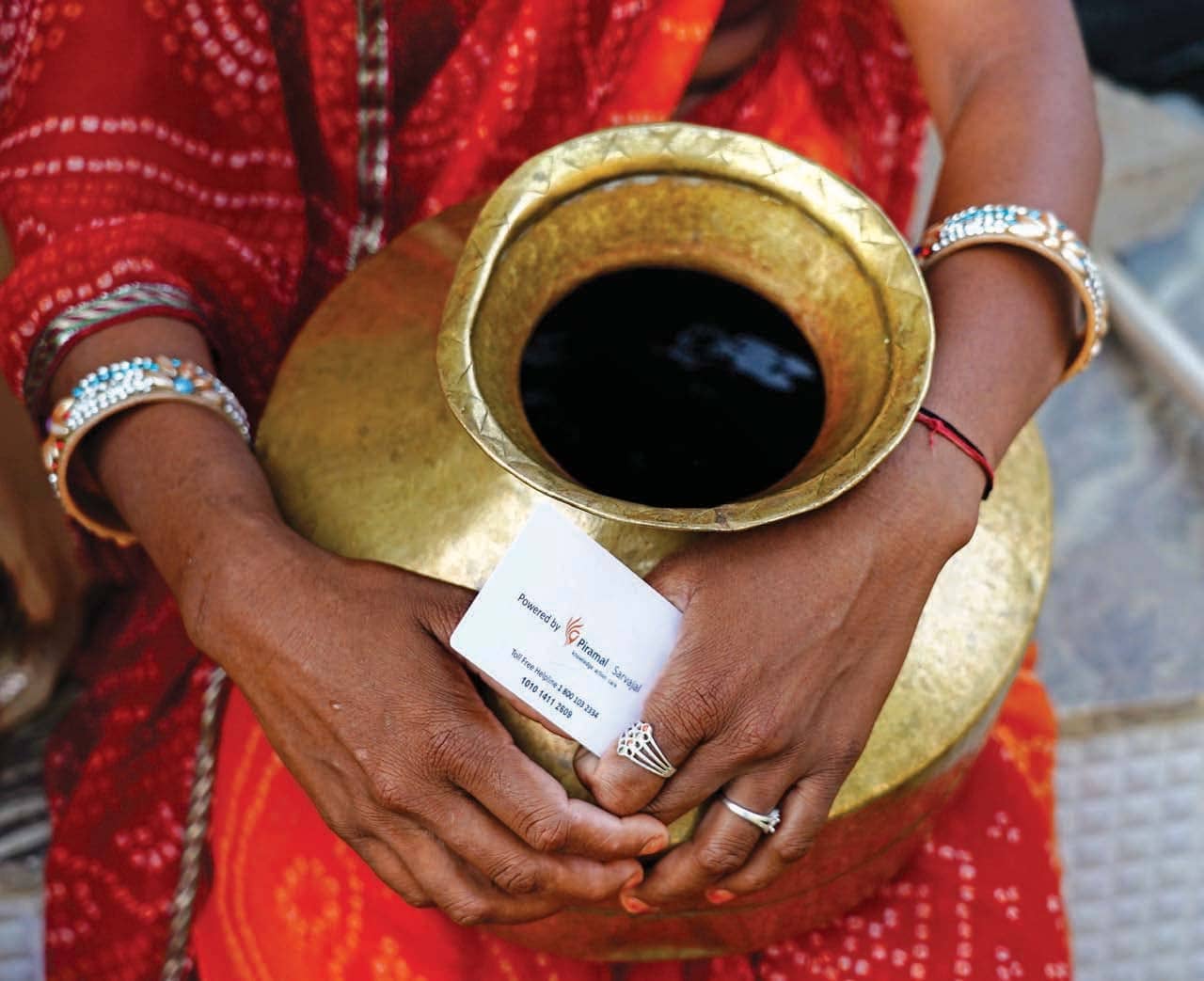 Philanthropy comes in many forms. For Piramal Sarvajal, this translates to providing drinking water to some of the most arid and underserved areas of the country. MARWAR spoke to Anuj Sharma, the CEO of Piramal Water Private Limited, to learn more.

Imagine life without enough drinking water, let alone safe drinking water, or water for other essential household needs such as cooking, washing and cleaning! For those who have never had to face such a circumstance, life would be unthinkable without this most important life-sustaining ingredient. But there are those for whom it is a harsh reality of everyday life. One such area is Bagar, the hometown of Ajay Piramal, the chairman of the Mumbai-based Piramal Group. To make a difference, in 2008, Piramal Foundation, the philanthropic arm of the Piramal Group, stepped in to start a pilot project in Bagar to provide safe, affordable drinking water. Called Piramal Sarvajal (Water for all), the mission-driven social enterprise has grown manifold over the years and currently provides safe drinking water to over 7,25,000 people daily across 20 Indian states.

A widespread problem According to the 2018 study by WaterAid, more than 163 million Indians (the highest in the world) do not have access to safe drinking water. Consequently, sanitation and hygiene are always a challenge in such underprivileged and underserved areas, especially arid regions and remote areas that have little or no centralised water supply. What makes matters worse is the continuous pollution of available water sources (such as rivers and groundwater) and presence of harmful ionic impurities in them, which lead to deadly waterborne diseases like typhoid, cholera, diarrhoea, Hepatitis A & E and gastroenteritis and serious long-term health issues such as crippling skeletal damage, kidney degeneration, cirrhosis of the liver and others. Thankfully, Piramal Sarvajal’s pioneering initiatives have brought much-needed succour to numerous locations and communities around the country, and for Sarvajal consumers, many of these issues are now a thing of the past.