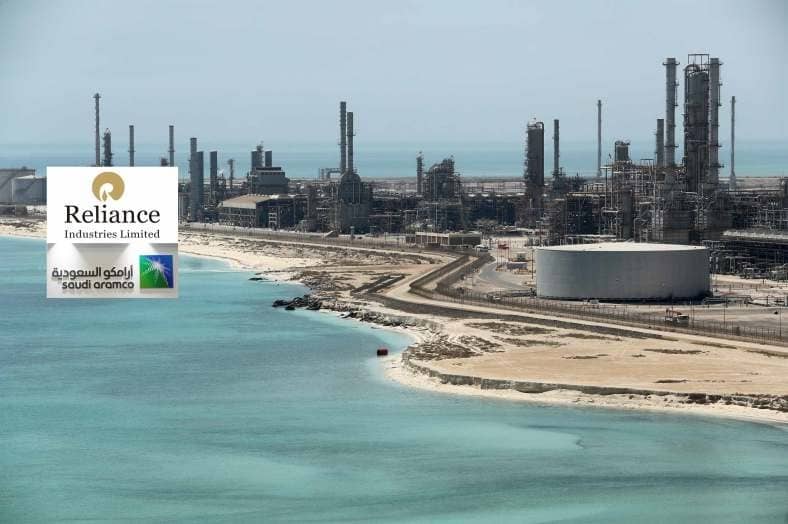 In one of the largest foreign investments ever to be made in India, Reliance Industries Ltd (RIL) has decided to sell 20% stake in its oil business to Saudi Aramco, the world's largest oil company producing one in every eight barrels of crude oil globally.

The deal value is estimated to be around $15 billion --- at an enterprise value of $75 billion -- and money received by RIL will be used partly to pare the company's debt. This is the fourth divestment announced by the company this year. Also, RIL had signed a pact with BP Plc to form a joint venture in the petroleum retailing business, in which RIL will hold 51% stake and the company and will get Rs 7,000 crore from BP Plc.

These two deals further outline RIL's strategy that it wants to move into the technology sector as a part of the company's efforts to expand its consumer-facing businesses. Moreover, these two deals, and another one signed earlier to sell stake in its telecom tower arm to Canadian investment firm Brookfield Asset Management for Rs 25,000 crore, clearly indicates that RIL wants to cut debt by selling stakes in its companies. As on March 2019, RIL has a net debt of Rs 1,54,478 crore and the company is aiming to be zero net debt company by end of March 2021.

The deal is subject to due diligence, definitive agreements, regulatory and other approvals. RIL expects that the transaction will close before March 2020. From the Saudi Aramco deal, RIL will receive the proceeds in three stages. Around 50% will come on closing of the deal, 25% after one year of the closing of the deal and 25% in the following year.

What does the deal with Saudi Aramco means to RIL