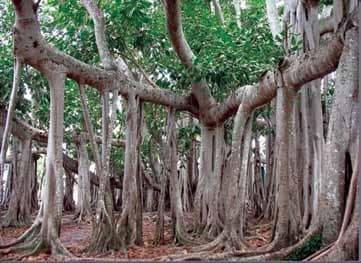 John A. Davies, an avid Landscape reader, explains his love for trees and how we can save them with various case studies

HOW TO SAVE A DYING TREE

Some members of the ficus or fig family, owing to their tendency to produce aerial roots from their branches, as shown below, lend themselves to “pole planting,” a term which involves growing a tree from a branch cutting. 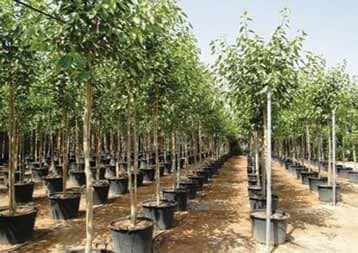 This method of propagation came to my notice many years ago in a newsletter from Men of The Trees. The procedure entails sawing off, just below a node on the nearside of the trunk, a branch approximately 2m in length, removing side shoots as necessary leaving a leader, applying rooting hormone to the sawn-off part; that is, the branch cutting then planting it followed by regular watering. Before long roots emerge from the node, thereby establishing the basis for the cutting to grow into an attractive nursery standard tree. 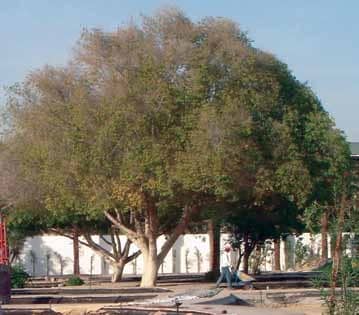 The middle image does not indicate that the trees were grown from branch cuttings, but simply to show the appearance of standard nursery trees. As a cautionary note, however, and this applies to pruning ficus trees generally, it is wise to make sure that the wound on the parent tree resulting from taking the branch cutting is treated with a wound dressing as a precaution against air-borne pathogens which could infect an open wound. A case in point was an incident involving the pruning of a large mature specimen of Ficus retusa nitida, see left image. 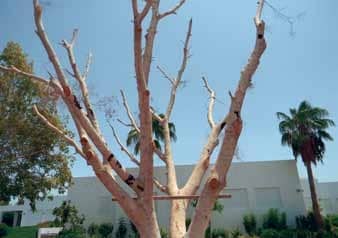 A few days after pruning the tree, it died after being infected by Phomopsis and Sooty canker. This incident highlighted the myth that tree wounds should not be dressed