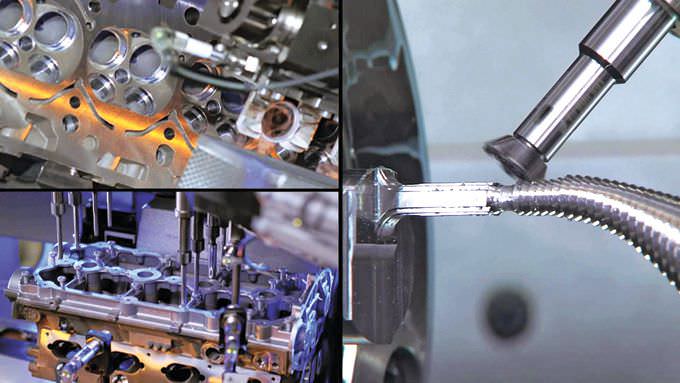 Though automotives continue to be the major end-users of machine tools, manufacturers are now diversifying their manufacturing solutions to tap emerging sectors such as aerospace, defence, railways, infrastructure equipment, etc.

Machine tools sector, which is considered as a strategic industry, is part and parcel of manufacturing, particularly discreet manufacturing segments such as automobiles, defence, railways, plastic machinery, medical electronics and white goods. Experts believe that the machine tool industry is the key to the successful implementation of the government’s flagship Make in India initiative, given that it makes the machines required for the manufacturing sector.

M K Narasinga Rao, Managing Director of LVD - Strippit India Pvt Ltd, states, “The machine tools industry is the backbone of any developed nation and plays a catalytic role in driving industrialisation. The present phase is undergoing changes and it will bring a positive impact in growth and development. There is a good positive vibe in the market. With the new reforms of the government favouring the industry, I think the industry is poised for growth.”

Indian machine tool industry can be classified into metal-cutting machines and metal forming machines. According to Indian Machine Tool Manufacturers’ Association (IMTMA), metal cutting accounted for 89.8% of the total output of machine tools in India in 2016-17. CNC machine tools which are highly productive and cost effective comprised about 84% of the machine tools produced during 2016-17. The estimated production of metal working machines during 2016-17 was Rs 5,803 crore ($ 853 million).

“Indian machine tool industry is reinventing itself through innovations to attune itself to the changing demands of its customers. The industry registered an impressive growth rate of 23% during 2016-17,” says V Anbu is the CEO and Director General, IMTMA.

Technavio’s market research analyst forecasts the production of machine tools in India to grow at a CAGR of 13% during 2016-2020. This growth in the overall consumption is attributed to the increasing import of advanced product lines from countries like Japan, Germany, and Italy.