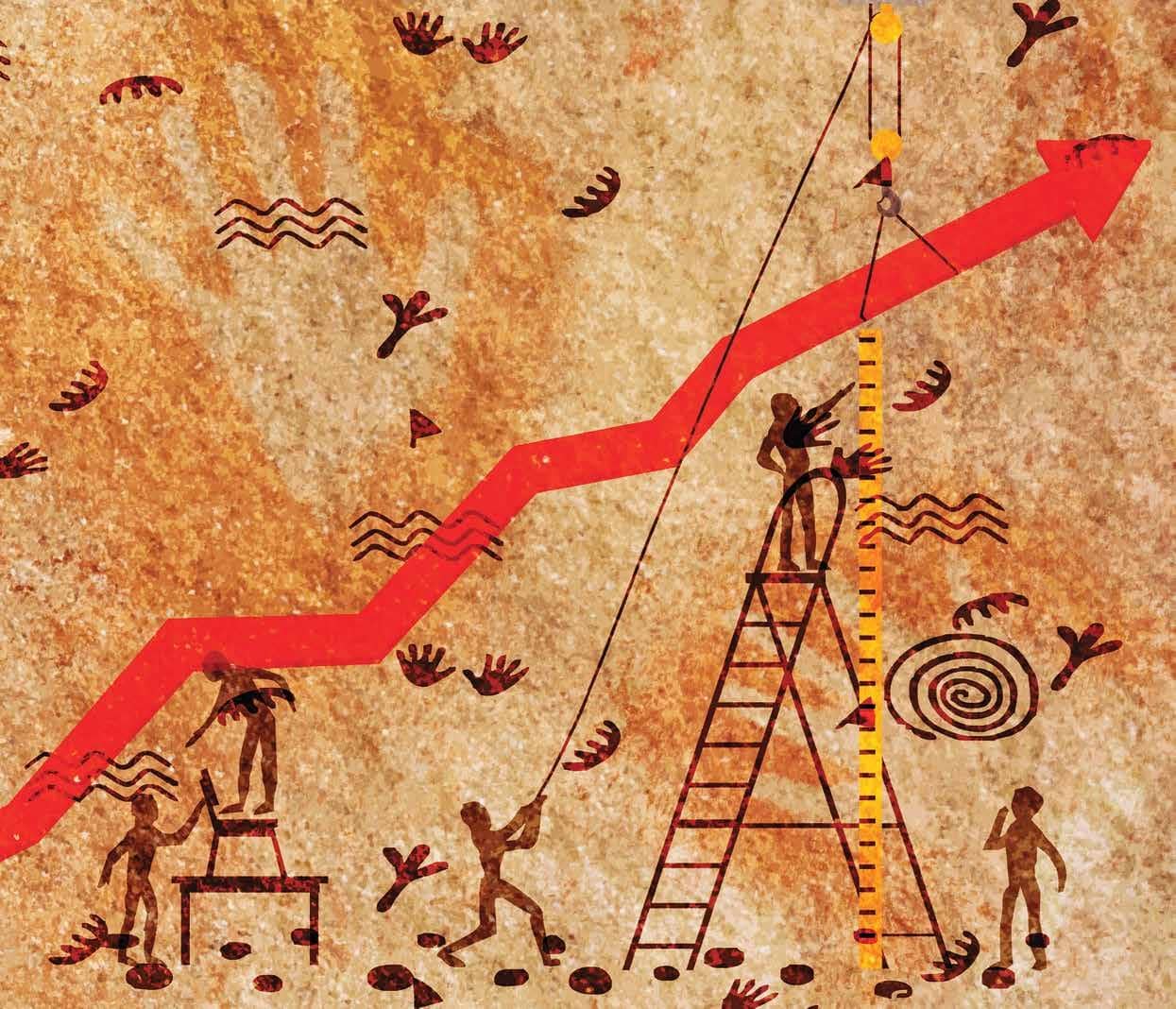 A number of years ago, we got a call from one of South Africa’s largest petrochemical/mining companies, their frustration clearly evident. Having just been through a significant restructuring exercise, they had called in various big consultancy firms for this process. They had created a new operating model, a new vision, and an ideal/aspirational culture. Being a firm of highly-structured industrial engineers, they had spent the previous year trying various approaches to onboard employees, and to roll this out—including workshops and brown paper sessions. They were astute enough to realise that they were getting nowhere fast, and they were keen to try a different approach. When we look at their operating model (Figure 1)it is clearly evident why it was not catching on. Although a beautiful piece of theory, its abstract nature made it unattainable, forgettable and confusing—despite the highly skilled nature of the employees.

This problem is far more common than most companies would like to admit. If you were to ask the CEO about the strategy and vision of their organisation; 9 times out of 10 you would find them reaching for a PowerPoint deck filled with images like the one above, rather than painting a clear picture of a compelling future. Research conducted at MIT in 2017 (D Sull, S Turconi, C Sull, and J Yoder, Turning Strategy Into Results, September, 2017), showed that only 28 per cent of executives in executive teams could correctly identify the strategic priorities of their organisations. This is a shocking statistic considering the time, resources, and money thrown at strategy and strategy formulation. It is not surprising that asking employees lower down in most organisations about the vision and strategy yields not much more than a blank stare. One has to ask, “What on earth is the point of this?” Without a well-understood articulation of a compelling vision every employee knows, understands, and wants to deliver, what really is the point?

MORE STORIES FROM INDIAN MANAGEMENTView All