The Next Steve Jobs 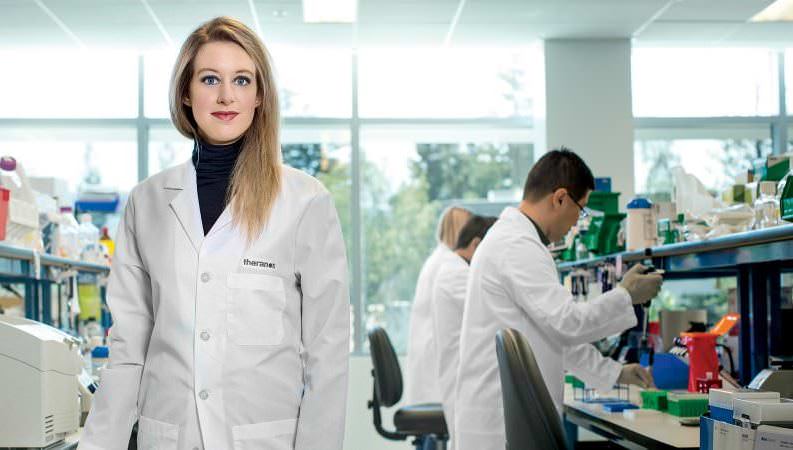 Many entrepreneurs and their backers will tell you they're playing the long game. But no one's doing it quite like Theranos's Elizabeth Holmes.

YOU’D HAVE TO look really hard not to see Steve Jobs in Elizabeth Holmes. Both Holmes and Jobs were loners as kids. As a teenager, Jobs discovered Plato; Holmes favored Roman emperor-philosopher Marcus Aurelius. Both dropped out of college, in part, because they didn’t see the virtue in an education they believed wouldn’t make a difference in their futures. Like the Apple creator, Holmes has kept her company, Theranos—which seeks to radically disrupt the lab test industry—shrouded in secrecy. Jobs became a billionaire by the time he was 40. For Holmes, that moment came sooner, when Theranos was valued at $9 billion. She was not yet 31.

Of course, one obvious difference between them is that Holmes is a young woman in an environment that has long favored young men. But there are few entrepreneurs—of either gender—with Holmes’s record of accomplishment and even fewer willing to talk about it publicly. Holmes didn’t set out to become a role model; she set out to save lives. But now, as the world’s youngest female self-made billionaire, she’s stumbled into this rarefied position and is beginning to own it. “I really believe it’s like the four-minute mile,” says Holmes, whose estimated net worth is $4.5 billion. “When one person does it, more and more people do it.”

Then there are the black turtlenecks. Most have assumed that Holmes’s sartorial choice is an eerie, if not presumptuous, homage to Jobs. But it turns out, the black turtlenecks were inspired by, of all people, Sharon Stone, who, having gotten a Best Actress nomination for her role in Casino, wore one to the 1996 Oscar ceremonies. “My mom thought it was fantastic,” explains Holmes, dressed in a black turtleneck at her company’s Palo Alto, California, headquarters. Her mother soon overhauled the closets of her two kids, who from then on were regularly spotted in the neck-swallowing shirts.

As with many things in Holmes’s life, she’s stayed with the look solely for reasons of efficiency: The turtlenecks eliminate early-morning decision making. Holmes has taken a similar life-hack approach to every aspect of her existence outside of her lab test company, which is at best minimal, given that the 31-year-old works seven days a week. Holmes is a vegan because avoiding animal products allows her to function on less sleep. She says she “doesn’t really hang out with anyone anymore,” aside from her younger brother, who joined Theranos as a product manager four years ago. She didn’t take a vacation during the entire decade of her 20s and doesn’t date. “I literally designed my whole life for this,” says Holmes in a strikingly baritone voice, her shoulders curled inward and hands clasped, the body language of someone who is fiercely protective and on guard. Talking to Holmes is a bit like talking to a politician— she’s politely impenetrable, unspooling a stream of words without actually revealing very much.

Steve Jobs had massive ambition, but Holmes’s is arguably larger. While revolutionizing consumer technology is formidable, Holmes believes her company will actually save lives. Her diagnostic lab test upstart is aiming to disrupt a $75 billion industry, and to help grow it by another $125 billion. There’s the revolutionary nature of its science, as well as the transformational vision of its model. Theranos, now valued at $10 billion, has developed blood tests that detect hundreds of conditions and diseases from a couple of drops of blood from the finger, instead of tubes of blood from a vein in the arm. Holmes aims to enable anyone to get lab tests—for anything from cholesterol to cancer—on his or her own at a local pharmacy for no more than half of what Medicare would pay. Holmes believes that providing faster, more convenient, and less expensive access to lab tests will transform preventive medicine. En route, she may also undo the profitable medical test industry, currently dominated by two decades-old behemoths, Quest Diagnostics and Laboratory Corporation of America. “I don’t think anyone disputes that Elizabeth and her team are visionaries,” says Gary St. Hilaire, the president and CEO of Capital BlueCross, which recently became a Theranos partner.

To get there, Holmes has taken the road less traveled, and what an exceptionally long road that is. She’s already spent a third of her life building an organization that is still in its early days. From its inception in 2003, she operated Theranos in stealth mode, bringing it out into the light only a year and a half ago. She thinks another 20 years is a reasonable time frame for her company to impact the masses worldwide. In many ways, she is the opposite of a serial entrepreneur. She’s a devoutly monogamous entrepreneur: For better or worse, in sickness and in health, she sees herself as having only one existential purpose. “You’re talking to someone who wants to do this her whole lifetime,” she says.

Even Holmes’s supporters see danger in that kind of commitment. “One of my shareholders said to me, ‘You are an athlete running a marathon who thinks she’s running a sprint,’” says Holmes. The risks of making a life bet on just one plan are many. There’s the possibility of burnout, sure, but what if after decades of a claustrophobic existence, a new competitor comes along and beats Theranos to market? What if her company runs out of cash, fails to change the world, or collapses? Theranos senior technical adviser Channing Robertson admits, “I do worry, because I’ve never seen a person with this kind of drive who doesn’t miss or skip a beat.” Robertson frequently checks in on Holmes, who seems nothing more than bemused by his concern. “She just turns around with a big, wide smile and says, ‘Life is great. Everything is fine,’” he says.