The King of Spa Castle 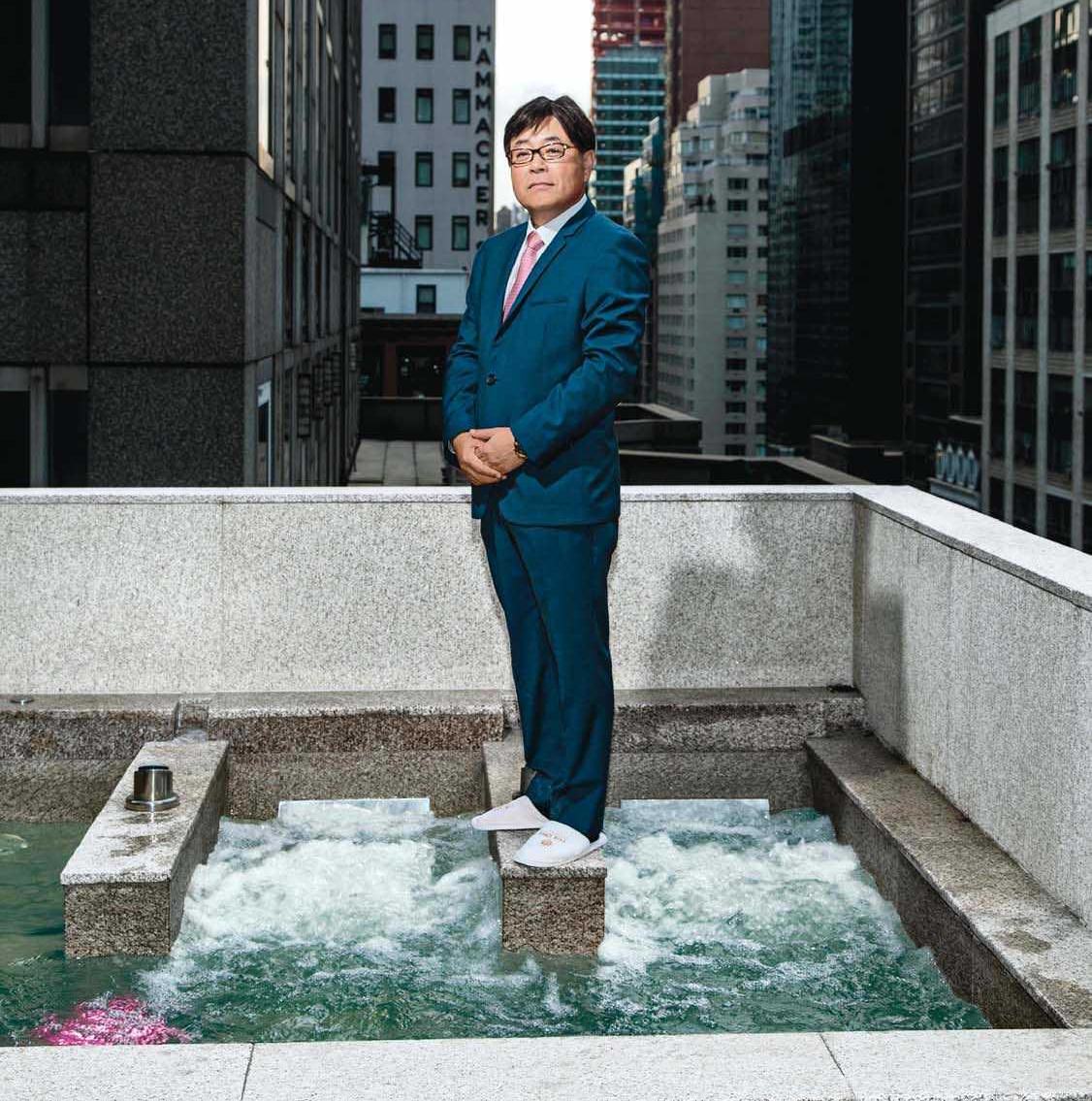 Steve Chon's drive, determination, work ethic, and single-minded focus helped him build his spa empire. And led him to almost lose it all.

IN A SECLUDED SECTION OF QUEENS, NEW YORK, almost an hour’s walk from the nearest subway station, a four-story building with a façade the shade of orange sherbet rises above a grim collection of auto-part shops and dusty warehouses. Inside, past a pair of faux castle doors, there’s a kaleidoscopic array of pools and fountains and bubbling hot tubs and saunas, including a sauna lined with gold-color tiles and another encrusted with candy-color stones.

If this marvel of plumbing is the “Disneyland of Spas,” as Susie Ellis, a spa industry analyst, has called it, then its Walt Disney is Steve Chon, a small, terminally unsatisfied man of 56. Chon can occasionally be seen stepping out onto the penthouse balcony overlooking Spa Castle’s rooftop pools, scanning his realm of relaxation through a pair of sunglasses. He sometimes dresses a bit like an ersatz Beat poet, in a black turtleneck, black slacks, black-rim glasses, and shiny black shoes. He has a flair for drama. “I always see something bad,” he says. “Why is the customer service so bad? Why is this thing falling apart? The water coming down in the shower feels hot. All of a sudden it’s becoming cold. Why?”

Chon may have a hard time relaxing, but his intense devotion to work has helped make Spa Castle a modern New York City institution. People have flocked by the hundreds of thousands to bathe in its all-nude single-sex pools, to sprawl on the heated floor of the nap area, and to submit to the merciless Korean exfoliation technique known as the body scrub. Spa Castle is described as a jjimjilbang, a Korean bathhouse, but Koreans make up only a small percentage of the guests. At $40 for a full day during the week, $50 on weekends, the Queens Spa Castle location draws enormous crowds from all over the city and beyond. The hinoki bath, which is said to be paneled in slats of the Japanese cypress dating back 300 years, is as close as anything you’ll see to an actual human melting pot.

Chon claims he always knew the spa’s eclectic amenities would bring him a mainstream American following, even as friends and family assured him he would fail. People who know him say he is daring and headstrong—a “warrior type,” as one friend put it—and for years, these qualities served him well, steeling him against his peers’ skepticism as he charged into a series of risky ventures: first the original Spa Castle in Queens, and later a second branch, opened outside of Dallas in 2012.

Then, in December 2014, he unveiled his boldest project yet, a sleek temple of leisure occupying floors seven through nine of the nine-story Galleria Condominium on Manhattan’s East 57th Street, mere blocks from the world-class spas of the Peninsula Hotel, the Four Seasons, and the Waldorf Astoria. To make it there could catapult Chon into the tiny class of breakthrough immigrant Korean-American entrepreneurs, such as Do Won Chang, the billionaire founder of retailer Forever 21.

Within a few months, however, the project was facing ruin,and Chon had become convinced that a cabal of powerful operatives was conspiring to destroy him. The king of Spa Castle, who had started with nothing and established what he had hoped would be the foundation of a dynasty, was suddenly in danger of losing it all. “I’m so anxious,” he said in February. “I can’t think of anything else.”

CHON CAME TO NEW YORK from South Korea in 1980, when he was 21, for the same reason that most immigrants do—the chance at a better life. The previous year, South Korean president Park Chung-hee had been assassinated in a coup. “Korea was not in good shape, politically and economically,” Chon recalls. “I didn’t see my future.”

When he got here, Chon, like many Koreans of his generation, saw relentless work as an unavoidable prerequisite of the success he craved. But he also understood that hard work was not enough. To truly make something of himself, he would have to take risks that his fellow Korean expats generally avoided. Becoming an engineer was the first of those risks. Back in the 1980s, few Koreans went into trades that require a professional license, though many had them in Korea. Rather than try to negotiate a foreign bureaucracy in a foreign language, they opened groceries and other small businesses. “There was a lot of group thinking,” says Ron Kim, a friend of Chon’s and a state assemblyman from Queens whose father, licensed as an electrician in Korea, ran a grocery store and then a string of nail salons in New York City. “When they immigrated here, they were told, ‘There’s an opportunity to open this type of business and everyone else is doing it.’”

Chon believed he was a different breed. “I’m a gambler,” he says, striking his chest with his hand. “I have big guts.” So rather than going to work for his parents’ laundry full time, he joined the Army Corps of Engineers. But he still stacked newspapers at a stationery store on weeknights, and spent his Saturdays working as a shoe salesman in the Bronx.

He eventually studied engineering at the Polytechnic Institute of Brooklyn (now part of New York University) and got his engineering license in 1990. Then, to expand his range of opportunities even further, he became a licensed plumber. Over the next two decades, he parlayed these skills into a contracting and construction empire, specializing in the construction and renovation of Korean-run businesses, like laundries and nail salons.

He was also partly responsible for transforming the section of West 32nd Street that runs between Broadway and Fifth Avenue in Manhattan from an inconsequential block of loft buildings on the edge of the fading garment district into Korea Way, the buzzing commercial nucleus of Korean New York. He became one of the most successful men in the city’s community of more than 100,000 Koreans. But the thrill of this achievement quickly wore off. Success, for Chon, is like an “addictive drug,” he says. The more he gets, the more he wants. He dreamed of creating something unique, something that would make him a success in the eyes of all Americans, not just his fellow Koreans. The only question was what. A laundry? “Too small,” he says. A restaurant? “No experience.” Then he had his eureka moment, which occurred, fittingly, in a bath.

On a visit to Korea in 2003, some of his friends took him to an extravagant new bathhouse, where he noticed a group of American servicemen among the bathers. He saw that they were enjoying themselves. This surprised him. It had not occurred to him that something as uncommon in the States as public bathing would appeal to Americans. And not just public bathing, but public bathing in the nude. In other countries, the spa or its local variant—the hamam, the banya—is ubiquitous, but for most Americans, “taking the waters” has never been part of everyday life.