THE END OF OWNERSHIP 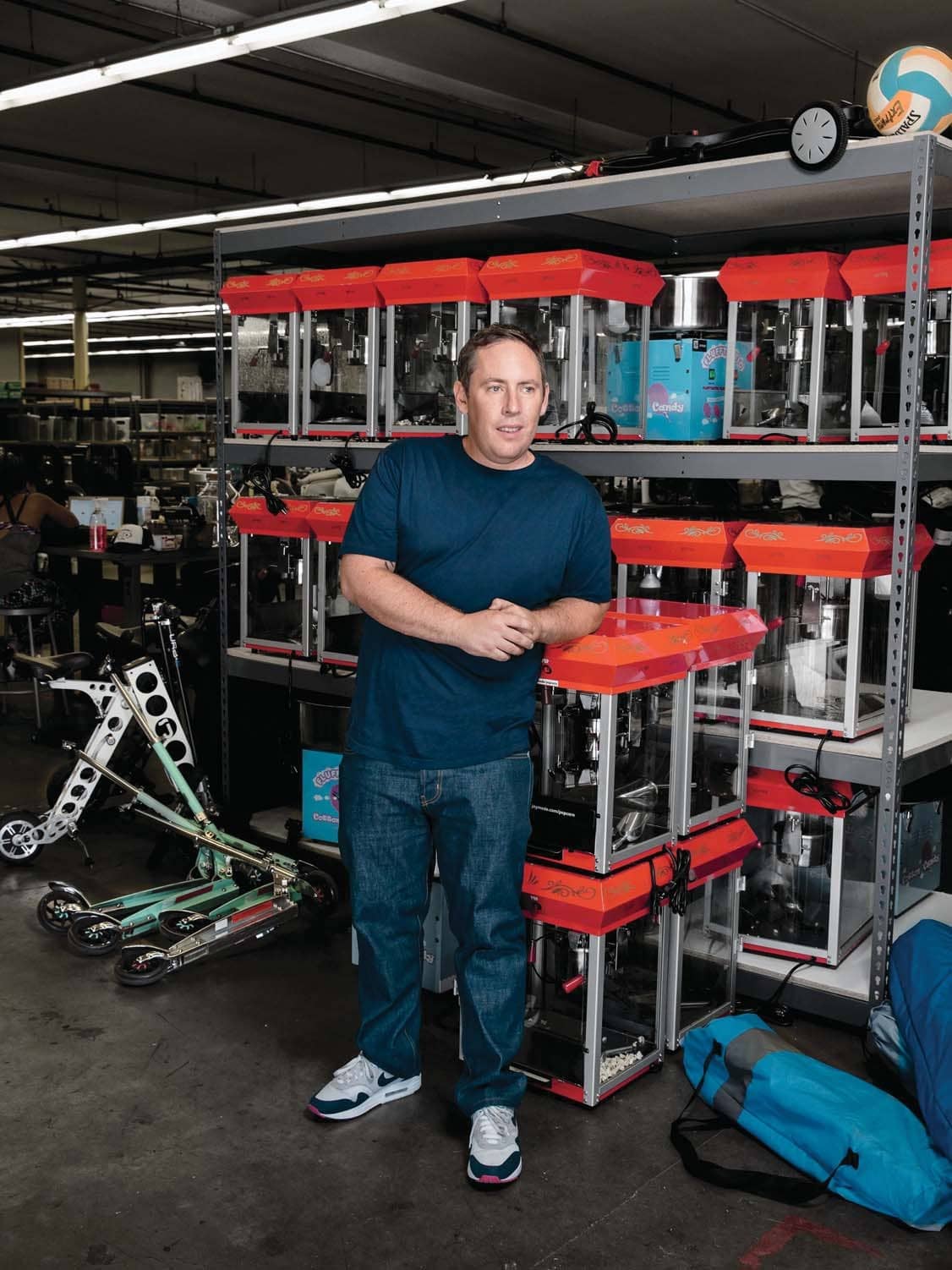 Two years ago, Joymode was hot off a big funding round, and carving out a spot for itself in the booming sharing economy. But the startup is now backed into a corner and wondering: Is there such a thing as oversharing?

The 42-year-old co-founder of Joymode, a subscription rental service for general merchandise, just laid off 80 percent of his staff and spent the month of January liquidating his company’s massive inventory: a Mary Poppins–style 50,000-plus-item grab bag including (but not limited to) lawn chairs, Vitamix blenders, leaf blowers, movie projectors, and Nintendo Switches.

Inspired by the lack of space in urban dwellings, Fernandez launched Joymode in 2015 alongside co-founders Waynn Lue and Keith Walker. The company positioned itself as the post-consumerist alternative to Amazon, promising subscribers a way to rent random products and niche experiences—like a movie night, complete with theater-style popcorn machines—without accumulating more stuff.

In November 2017, when Joymode closed its Series A round, investors were enthusiastic about the rental business. In a press release at the time, Mike Katz, head of U.S. investing at Naspers Ventures, noted that renting represents a generational shift toward decluttering, calling Joymode’s potential in the trillion-dollar recreational space “almost unlimited.” And, in the years since, the rental industry has seen an explosion of growth (as shown in the timeline starting on the next page).

At its height in 2018, Joymode catered to as many as 10,000 monthly customers. Subscribers paid between $22 and $29 a month, while à la carte customers paid a fee equal to 10 percent of an item’s retail price. Each week, Joymode processed more than 30,000 rental products through its warehouse, and during the summers— its busiest season—took in as much as $300,000 a month.