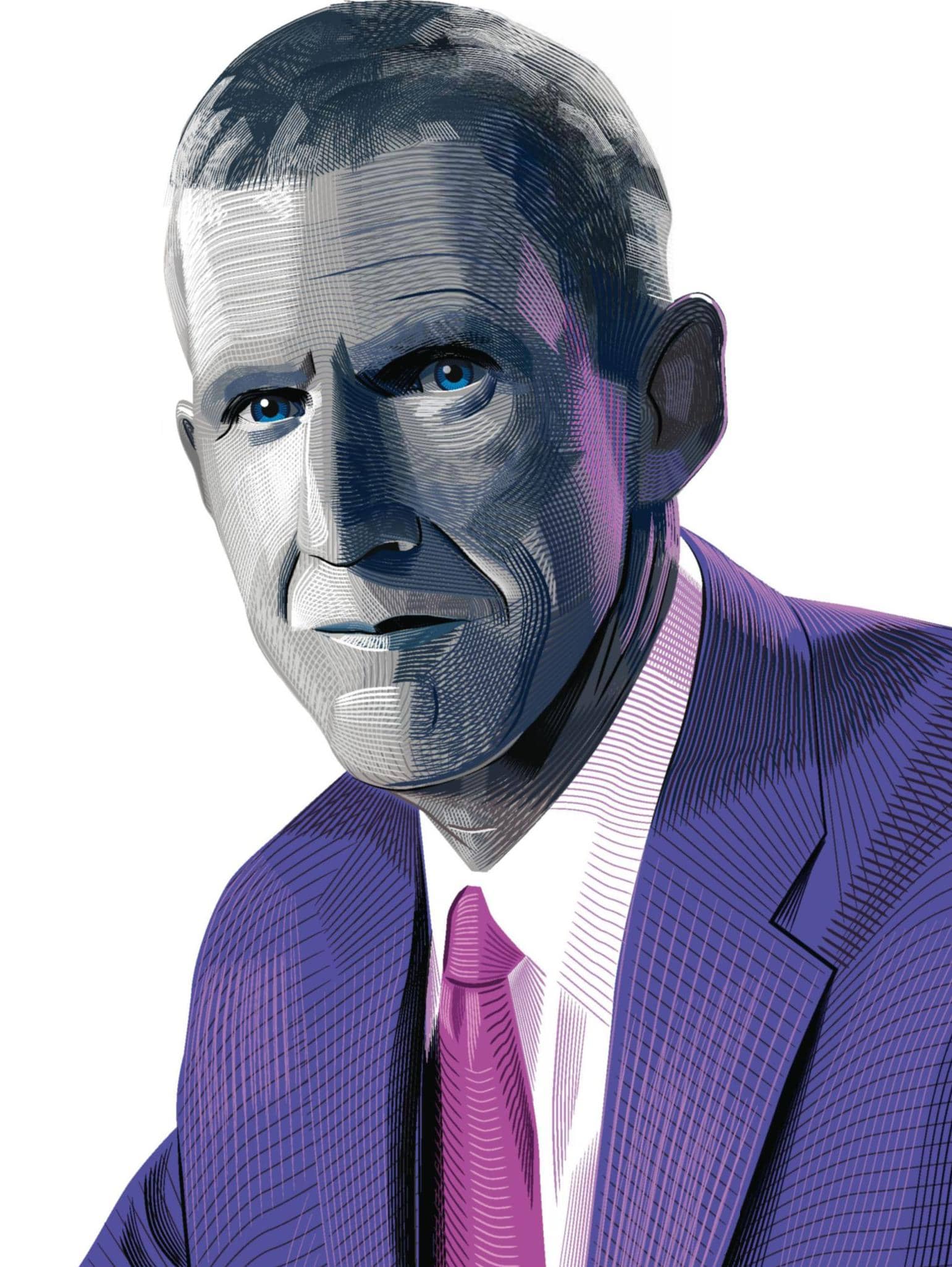 As the Covid-19 pandemic intensified its assault at home and abroad, retired four-star general Stanley McChrystal found himself in pressing demand. Since 2011, McChrystal— who, as commander of U.S. special operations in Iraq after 9/11, had orchestrated the capture of Saddam Hussein—has applied his military acumen to building a business consultancy, McChrystal Group, with former Navy SEAL Chris Fussell. The pair codified their leadership insights in a best-selling book, Team of Teams: New Rules of Engagement for a Complex World.

When the country shifted, perhaps too gradually, to war footing against a new and unseen viral enemy, McChrystal emerged as an authority for the authorities, a motivator for the motivators—and wrote an impassioned call to arms for The New York Times. He’s provided advice to executives at companies such as Deutsche Bank and Verizon, and became manager of the Covid-19 response strategy for the city of Boston.

Still, McChrystal generously took time to speak with Inc. and share his wisdom about motivating teams when the world seems on the verge of derailing. He stresses empathy, authenticity, and leading by example.

“Priority one is candor,” McChrystal explains. Challenges during a crisis can shift rapidly and unforeseeably. So, a leader needs latitude to improvise, which requires having the team’s faith. “You need to make a reasoned argument to support what you’re asking your team to do,” McChrystal says. The request can be unconventional, and even out of line with company policy, “but it can’t be something they won’t buy into.”

More businesslike than Patton-like, McChrystal defies military stereotypes. As a decorated general, he continued to take the same risks he was asking of his people. “If the personnel in the field think you aren’t willing to undergo the same hardship or danger or sacrifice that they are,” the general says, “you just don’t have a leg to stand on.” To demonstrate his unwavering commitment to them, McChrystal accompanied his troops on an operational raid at least once a week when he was in war zones: “I went because my own psyche said I had to do it. So that they wouldn’t doubt my courage or my commitment.”

After McChrystal assumed leadership of Joint Special Operations Command in 2003, he took up a forward command for five years rather than work from JSOC’s headquarters at Fort Bragg in North Carolina or some other remote post. “This gave me an emotional advantage,” McChrystal says. “If I asked them to do something, they could look at me and say, ‘Well, the boss is legit. He’s with us.’ ”

Leaders in a crisis must also act with integrity, the general says. Hours before McChrystal talked to Inc., he had spoken with a client who runs a major national retail chain selling products considered essential— which meant the client’s stores needed to remain open during the Covid-19 quarantine. This increased the risk that his employees would be exposed to the virus, even as the company board mandated that all executives stay at home.