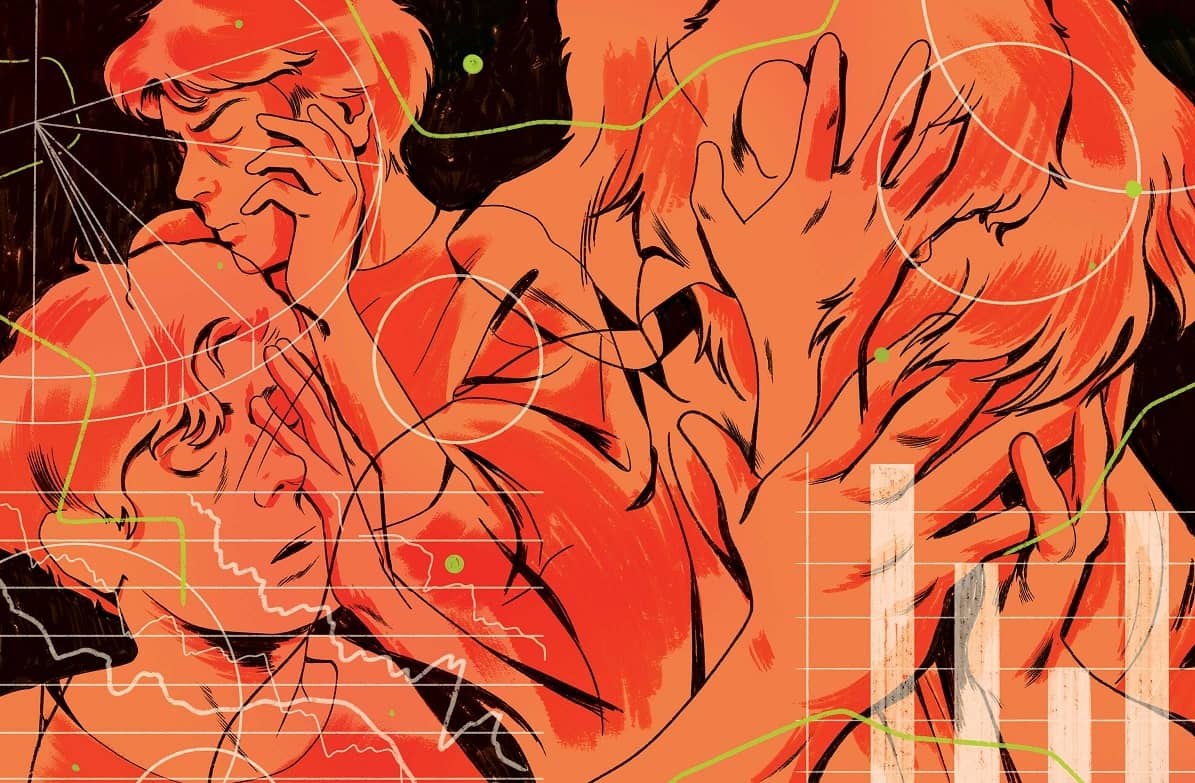 Matt Munson faced down entrepreneurship’s hidden demons— loneliness, depression, and a crippling fear of failure—and emerged as a great leader and a better person. Now, he wants to help you do the same.

ON HIS 34TH birthday, Matt Munson was on the verge of what for many people is prime time on their career paths. But his startup had enough cash to survive just 87 more days, and every day felt heavier than the last.

A meteoric rise preceded his dramatic downward spiral. Two years earlier, in May 2012, Munson had launched Instacanvas, which let Instagram users sell their photos as canvas prints. In its first four days, the startup went from zero to 50,000 users, and within just a few months, it had amassed $1 million in revenue.

Munson’s timing seemed perfect. A month before he took Instacanvas out of beta, Facebook had acquired Instagram, and in less than a year the social media phenom would grow from 30 million to 100 million users. Munson, who had raised $1.7 million, was ready to tap into the ecosystem emerging around mobile photo sharing.

But rather than riding the wave that Instagram created, Instacanvas got lost in its considerable wake. Sales flatlined for 12 months.

CEO Munson and his cofounders frantically retooled and rebranded the company in October 2013. As Twenty20, the platform would enable users to license their mobile pics as stock photos.

The fate of Munson’s startup rested on his ability to sell this pivot to both investors and the new customers he’d need to find. Anxiety regularly shook him awake at night. He lay in bed thinking that saving the company, which now had 10 employees, was up to him alone. And what if Twenty20 collapsed? It would destroy him—though maybe he’d finally be able to sleep through the night.

At work, he hid this pressure. All that anyone else saw in the company’s Los Angeles office was a founder relentlessly fine-tuning his pitch deck and spiel for Twenty20’s vision. The clock was ticking: Soon, Munson would fly to San Francisco to beg for money on Sand Hill Road.

A birthday dinner with his wife, two days before his trip, failed to alleviate Munson’s stress. After dinner, he got violently ill, and then spent a day and a half in bed. On Sunday, Munson’s wife entered their bedroom. She said she had arranged for a nanny to watch their two sons, one just 4 weeks old and the other 18 months old. “We need to go for a walk,” she said. “I don’t think I can handle a surprise party, if that’s what you have in mind,” Munson replied.

A short stroll away from their Santa Monica home, his wife confessed that she’d had an affair, and the newborn son was not Munson’s.

Reeling, staggered, he wondered how he’d missed the red flags. Sure, he worked 60-hour weeks, but all founders did that or more. At home, though, he’d still be thinking of work—physically present, but mentally so far away.

Munson postponed his trip for a week to get his bearings, and then rocked Sand Hill Road—focusing all his energy on daily investor meetings, and weeping over bourbons with co-founder Todd Emaus late into the night before collapsing. After five weeks, he landed an $8 million term sheet, $5 million more than planned. “That felt awesome,” he says. But the buzz faded fast. His marriage had ended and Munson initiated what would be a messy divorce.

“Why do we work so hard to build something from nothing, only to dream about getting the fuck out?” wrote Matt Munson in a blog post that launched years of searching and, eventually, a new company that helps entrepreneurs weather their own dark nights of the soul.

About nine months after his Sand Hill Road triumph, Munson felt despondent and trapped. The funding had not changed the fundamentals— Twenty20 wasn’t growing fast enough. In October 2015, his desperation led him to a five-day Colorado retreat for struggling founders run by a leadership-coaching firm called Reboot. Jerry Colonna, a pioneering internet investor, co-founded Reboot, in 2014, after grappling with his own depression.

During one of the camp’s Quaker-inspired group-therapy-like sessions, called a Clearness Committee, about 15 other CEOs encircled Munson as he explained that he felt lost at his company and in his role as a founder. They asked him open-ended, wide-ranging questions. Why did you start your company? What percentage of the time do you feel happy at work?

Post-boot camp, Munson began to realize that “getting out” was a favorite topic in countless conversations with other founders. “Why do we work so hard to build something from nothing, to against all odds after years of iteration get something out in the world that people actually love and use, only to spend a significant portion of our time daydreaming about getting the fuck out?” he later wrote in a blog post.

Whatever their success, founders everywhere are unhappy.

Munson’s emotional extremes—from the singleminded focus on pushing through the dissolution of his personal life to his fantasies of escape—are frighteningly common among founders. Founders are 30 percent more likely than non-founders to report a history of depression, according to a study led by Michael Freeman, a psychiatry professor at the University of California, San Francisco. Among the CEOs of the Inc. 5000 companies whom Inc. surveyed this year, 40 percent cited fear of failure as the primary emotional obstacle they had to overcome to start their firms.

Not surprisingly, the market to support struggling CEOs has ballooned. According to market research firm IBISWorld, the U.S. business coaching industry will hit $13 billion this year.